How to Get Rid of A Bad Reputation

Posted on: November 25, 2008 Posted by: Nicole Harding Comments: 0
Tags: How to Get Rid of A Bad Reputation 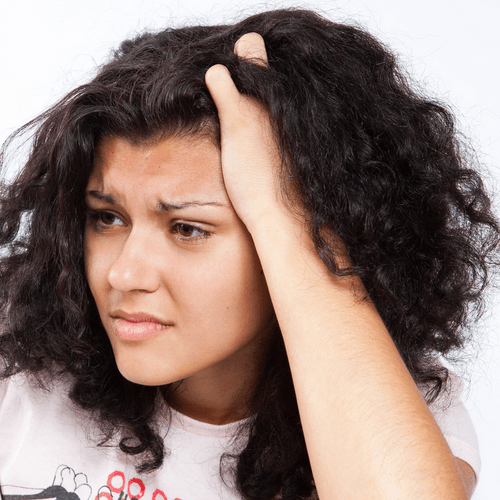 A bad reputation can mean some serious bad news. Whether in your personal or professional life, a bad reputation can harm your relationships or destroy them altogether. That’s no way to live! Follow these steps to try and change your image around.

Seriously. Unless you have a reputation for being deceptive and two-faced, smiling lets people know that you don’t bite. Smiling produces further smiling as well! It’s an infectious expression, and people won’t even realize that they’ve returned the smile to you until after the two of you have broken eye contact. It makes you approachable too, which you can probably use while fighting a bad reputation. Don’t make it a creepy smile, either. Just a casual and spur-of-the-moment smile does the trick.

You don’t need to drive their kids to school, do their groceries, or replace their flat tires! Just hand them the papers they forgot to pick up from the office printer, offer to grab coffee for people if you’re on your way to a café, and similar things with low commitment value. Even holding the door open for other people who might expect you to hassle them instead will lay the foundation for a new reputation. Just remember to keep at it without forcing it. These small gestures can—and should— happen out of the blue to appear genuine. People won’t believe you if you don’t appear genuine, so take notes! People with bad reputations don’t help people without asking for something in return, do they? Side note: don’t ask for anything in return for small gestures.

Research shows that people will generally like you more if you owe them a favor. People feel more comfortable keeping social debts in their back pockets, holding the moral high ground, and feeling wanted. Asking for someone else’s advice automatically implies that you value that person’s opinion. People keep the company and confidence of those who make them feel wanted. It doesn’t even matter if you don’t think other people have useful advice or worthwhile insights; the goal is to give value to the other person’s self-esteem instead of taking the advice. The other person will view it as an act of giving insight to you. Practice this on a one-on-one basis to start building mutual trust with each individual you need to convince.

This builds on point number three’s secret that people prefer to feel wanted and useful. Verbally thank people and make it seem like a discreet issue to reinforce the notion that you came to them for aid, and valued their answer to boot. You don’t have to make it all private communication. Praise others publicly or privately. They don’t even need to be in the room when you do it. In fact, open praise can seem even more genuine when the person in question is absent because the praise doesn’t feel forced. Praise suggests that you possess a fair and balanced mind, even if that’s not actually the case.

You’re about as perfect as everyone else in the world, so why take yourself so seriously? Show that you don’t take anyone’s flaws too seriously, including your own. It suggests that you have the confidence to own up to your flaws and mistakes because you’re still good at what you do. Acknowledging the undesirable behaviour that might have birthed your bad reputation also shows people that you have put distance between past and present versions of yourself. You might have improved your personality significantly, for all they know. The beauty of this method is that you really don’t need to improve your behaviour. You just need to improve your sense of humor and understand how to employ jokes judiciously to ease the tension now and again. If you find it difficult to do this, then check out The Glass Jaw, a highly regarded book on rebuilding a lost reputation.

6. Acknowledge and brush off past behavior.

Label any unfortunate past behavior you had as a phase, a dark time in your life, or something else. People might run if you tell them that you have taken anger management classes or that you’ve clinically prescribed drugs to keep your bad habits in check, so stay away from those excuses. Did you lose your cool all of the time? Financial instability stressed you out for a long time. Did you have a reputation for being way too sensitive or a poor sport when it came to receiving criticism? Did they know that you could never please your parents, your siblings picked on you all of the time, or, perhaps, your friends and family have just been highly competitive and emotionally dysfunctional for as long as you can remember? The point of this method is to distance your present self from negative behaviour in the past and attribute that behaviour to an external factor that no longer affects you. You’ll shed blame and gain sympathy all in one move!

Start fresh with a new crowd. Not only can you be more likable with people who don’t hold preconceptions about you, but you also won’t need to work so hard reversing your reputation. You can just appear to be awesome from the get-go. After you’ve established a rapport with the new group, you can start mixing members from your old and new groups in social gatherings. The old group will see that people like you. It will take time, but they will eventually come around to believing that you’ve turned over a new leaf. The positive social capital that you’ve built with the new group will work in your favor. If you left the old group for long enough, they might even wonder if they caused you to act so negatively in the first place.

Follow all of these methods to change improve your reputation more effectively than any one of them can do on their own. Give it time and room to breathe. Appear genuine, and anticipate that you will run into doubtful opinions before you actually change anyone’s mind—that’s all a part of the plan. Rome wasn’t built in a day, nor did it collapse in a day. Rebuilding your reputation will take a while to rebuild. Start with small gestures, smile, ask for others’ opinions, praise people, acknowledge your flaws with a sprinkle of humor, and make some new friends who haven’t witnessed your past issues. That is how to get rid of a bad reputation as effectively as possible.