How to Get Rid of a Drug Addict

Posted on: February 3, 2009 Posted by: Nicole Harding Comments: 1
Tags: How to Get Rid of a Drug Addict 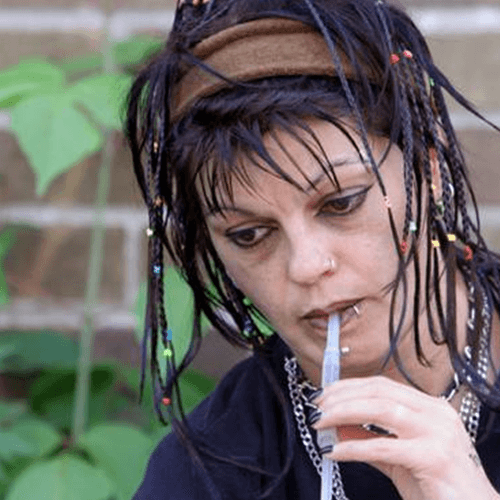 There is never just one person affected by someone with a drug problem. It impacts the person doing the drugs, of course, but it also has an effect on their family, friends, and on society.

Millions of people visit clinics and rehabilitation centers every year to try and get rid of their drug addiction, which is especially the case for illegal and controlled drug substances. It’s easy to slip from “recreational use” into a serious addiction, which is why this is such a problem in today’s world.

It’s a tough world out there, and almost everyone has a friend or family member in his or her life with a problem related to drug use. Drug addicts put their own lives in danger, but they also have a very real impact on the people around them. Drugs change the emotional, physical, and mental state of an individual, and this is usually not a positive change.

Get everyone in your life involved in the process. The more actively involved they are in drug education and drug awareness campaigns, the better off you will be. Prevention is better than a cure, after all. Stopping drugs before they start is a smart solution.

You can’t control everything that your child, friends, or other family members do, but you can at least give them the proper knowledge about the harmful effects of drugs. Doing so can help them make smart decisions about drugs if they are ever exposed to them.

Knowing the drugs that are out there is a wise idea. You can’t fight what you don’t understand! Stimulants (or uppers), sedatives (or downers), cannabis, hallucinogens and psychedelics, and opiates and narcotics are some of the most commonly used drugs. Cough syrup, heroin, morphine, and other painkillers are some of the highest levels of abused substances, for instance.

If you don’t know about drugs and the effects they can have, you are likely to get burned by them in the long run. There are all kinds of resources you can find online to help get you informed about drugs. You can also discuss the issue with your family doctor.

Far too often, drug problems become a very real problem because the people surrounding a drug addict decide to turn a blind eye, or simply hope that they will decide on their own to kick their habit and return to their normal life. The problem is that as with most addictions, the addict has likely reached a point where they don’t have much of a choice in the matter. The monkey is firmly on their back, so to speak.

Many people suggest that going through an experimental drug testing phase is normal, or simply a part of growing up. Don’t listen to them! There is a very fine line between casual drug use and full-fledged addiction.

Using drugs is often harmful to someone’s health, and it can have a negative impact on society as well. It’s very hard for someone to regain a healthy or normal life after they get hooked on drugs.

Don’t listen to the “it’s just a phase” argument. Drugs are no laughing matter, so do everything you can to make the person in question see how serious a drug problem is.

Some people don’t choose to become drug addicts—their life simply leads them in that direction. As such, drugs become more of a coping mechanism than anything else. Sometimes they are just trying to escape a bad scenario!

Many of these problems are personal in nature, or they have some sort of family tie. Drug addicts often use drugs to cope with hard issues in their life, including broken families, for instance. Traumatic life events can also play into this decision, including a failed job, money troubles, an unexpected death in the family, or a divorce.

Past history can also play into a drug user’s habits. Addiction to one drug can easily snowball into another. Smoking and alcoholism are drugs in their own right, and can easily lead someone down that road.

Find the reason, whatever it may be, and do what you can to resolve the issue. Drug problems only get worse—find the cause and work on a solution before the situation gets beyond your control.

Addicts often won’t listen to their own pleas for help, but they just might listen to yours. You likely know the person in question, so try and use some logical and reason to get them back on track. Sometimes all it takes is for them to open their eyes and see how much their addiction is hurting the lives and relationships of the people around them. Recovery isn’t easy, but if they know they have a strong support group around them, it will help make the process easier.

Don’t assume you can help them with their problem from the comfort of home. Rehab centers and hospitals exist for this very reason! You might need to show the addict not only that they have a problem, but that the solution will require them to seek help beyond the comforts of home.

Addicts might feel resentful about going to rehab, but it’s sometimes necessary. These places help transform drug addicts back in to their usual selves.

If you have tried everything suggested here and still don’t experience success, it might be time to bring in some outside help. Talk to the necessary authorities who can help bring in a friend or family member to the addiction facility that they need. This is very hard to do and to see, but it’s in the addicts best interest.

Don’t think of a drug problem as something that’s impossible to fix. Getting rid of a drug addict might require a new environment, or a new set of friends, which is certainly a very difficult reality to face. But it can be done. Others have helped addicts in the past, and you can too!