How to Get Rid of a Pseudo Boyfriend

Posted on: February 19, 2009 Posted by: Nicole Harding Comments: 1
Tags: How to Get Rid of a Pseudo Boyfriend 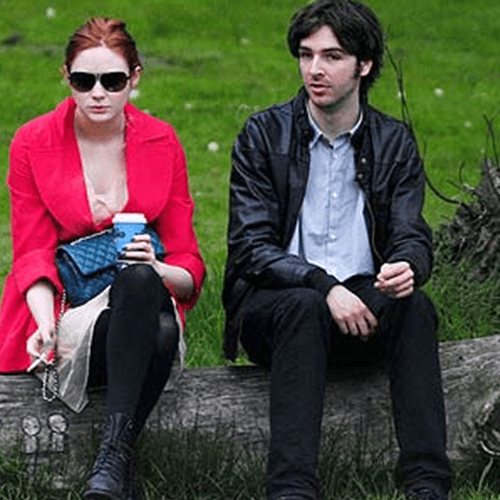 Everybody wants to love someone and no one wants to be alone…song cliches that have been repeated on and on until it’s been imprinted in our minds. But what does it mean? No one really understands until it happens to them.

A lot of women seem to be happy to settle into a nice rhythm with men with a kinda-sorta commitment. On the outset, it seems perfect because you can have the safety and security of someone being there for you, someone you can depend upon. But you know the “pseudo” in the term “pseudo boyfriend” is there for a reason: The core of what makes it a relationship isn’t there. Sure you may have someone to tell you that you’re beautiful and wanted, you have mutual attraction, but the truth is, push comes to a shove, you’re not quire sure he’ll be there for you at the end of the day. Commitment, responsibility and accountability because you love someone may all sound like big, boring words but mutually agreeing to do all these is what cements a real relationship.

A lot of pseudo relationships go on and on until one of the party decides that it can’t continue anymore. When you’ve decided to get rid of your pseudo boyfriend, the question is: How? You’ve spent time with this person, you can’t just be so heartless and just dump him. But before you do anything drastic, you have to sit down and ask yourself: “Is he really a pseudo boyfriend?”

You Know You Have a Pseudo Boyfriend When…

Get Rid of Him!

Strip off the band-aid. Love hurts, even pseudo love. Sometimes being straightforward is the best way. Tell him in no uncertain terms that you don’t want to continue this kind of relationship. If he feigns ignorance, gently tell him that all of the things you two do together has lulled you into a false sense of relationship security when there is none.

Be logical and firm. Don’t let him make you feel guilty for doing this. But if you really like him and do want to explore a real relationship with him, don’t be afraid to tell him so. Chickening out on telling him exactly what you want may let you keep him for a little bit longer, but who’s to say when he’s met someone else with nothing to tie him down? At this point, you’ve long passed the time frame for shyness anyway, so just say it!

Avoid him. Yes, being with your pseudo boyfriend may feel like one of the most natural things in the world, but truth is, you’ve survived an odd number of years without him. Realistically speaking, you’re more likely not to live without a decent toilet than without him. Change your phone numbers and your email address if you want. If he still manages to contact you, just ignore it.

Love yourself. Take up new hobbies, watch movies, focus more on your job, go out more with your friends and family. Enjoy your time alone. Don’t be afraid of it. Cultivate the real relationships you have, and you’ll find that they can be as rewarding as any romantic relationship in a number of ways.

Avoid his traps. Men can be dumb, but they can be very manipulative when they want to be. A phone call, a text message saying “I miss you,” an imploring look, can turn any girl to mush. Remind yourself that you took the exit route for a reason: The trip was going nowhere. You had very real reasons to end this pseudo relationship, mostly because it’s not real! Get a grip and get smart with his tricks.

Take off the rose-colored glasses. Don’t make excuses that society has wired you to be in a relationship, and that life is infinitely better in a sorta-relationship than being single. Most pseudo relationships arise from the fact that both of you are scared of being single and feel more secure being with someone, no matter how false and flimsy the circumstances. False. It’s not better to be in a pseudo relationship, because it means that all the wonderful feelings are only on the surface with nothing to support it. You’re just living in a fantasy land.

Stop kidding yourself. Allowing him to make you his pseudo girlfriend when he’s on whinefest about his ex, all the while thinking, “He’ll wake up and realize he loves me!” is just a long road to nowhereville.

Again, sometimes people don’t realize that they are taking advantage of each other by raking in benefits of a pseudo relationship with no obvious consequences. There ARE consequences, and your feelings will still be hurt in the long run when you realize your emotional dishonesty. So don’t do it anymore.

Stop doing things for him. No booty calls. No special favors. No picking him up from the airport. No cooking for his next office picnic. Just don’t do it. Doing him favors and running him errands will make him think that he still has his hand in the cookie jar, and it’s just not putting up a strong enough front against him. If you’re serious about ending this pseudo relationship, you’ve got to walk the walk and not just talk the talk.

Mourn him. It’s not impossible that you really loved your pseudo boyfriend. Allow yourself to mourn your pseudo relationship like it was a real one. Don’t feel embarrassed to do this even if it wasn’t a real relationship. Your feelings were real, and that’s what counts.

Get a real boyfriend. Date other people, and don’t settle for anything less than a genuine relationship. It may be a tough putting yourself out there on horrible blind dates and singles mixer parties, but you don’t have to make it like a serious hobby. Just relax, enjoy, try not to obsess about getting a real boyfriend soon. You’re not in a Jane Austen era where you depend on your husband for a living. Relax.

Avoid the cycle. You should always learn from your past actions. Don’t let yourself fall into situations that suggest intimacy when neither party has declared or shown any serious interest. It’s one of those classic cases of “you’ll just know” when it happens. Don’t let him act like a boyfriend when neither of you have agreed upon anything. Maintain a safe distance against guys whose intentions are unclear.