How to Get Rid of a Pseudo Girlfriend

Posted on: January 19, 2009 Posted by: Nicole Harding Comments: 0
Tags: How to Get Rid of a Pseudo Girlfriend 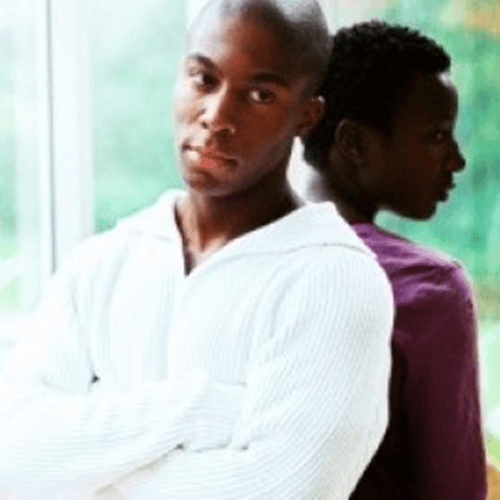 Pseudo girlfriends are even worse than being single! You don’t get the benefits of a relationship, but some imagined duty does tie you down anyhow. Ignore this image of romantic duty and shake off this pseudo girlfriend as if she had leprosy. This is how you do it:

This girl might not consciously be getting close to you, but you can still make it clear that she’s not getting any farther into your good books. Constantly refer to her as “such a good friend,” or use a similar phrase that strengthens how wonderfully friendly your relationship is. Do not say “I love you” as a joke or as a friend. It can and probably will backfire on you.

Guys tend to complain about the “friend zone” more than women, but you can still use it as a strategic tool! Girls want relationships as much as guys, but for different reasons. Let her know gently but firmly that there just isn’t a chance of things getting serious. This is the ideal strategy to employ if you would like to remain friends, or at least continue to exist in the same social circles.

She can’t hang out with you if you’re no longer available. Try to make yourself busy when she texts, or at least pretend to be. If you do this enough times she’ll hopefully stop contacting you. She may actually get the hint or just give up due to frustration; either way is fine, but keep it in mind just in case you run into each other again.

Phasing yourself out of her life gradually is the best way to do it if you want to preserve the relationship. Don’t just drop off the face of the Earth, or else you’ll create a reputation for being a jerk. Don’t be the guy who never calls back! Make it seem like a natural decline in availability, and therefore something more likely than your lack of interest.

Some people can’t operate emotionally with the other person nearby. Don’t hang out in her circles if you can avoid it, in this case. Sometimes this will mean finding new friends, but it’s often as simple as sitting in a different area of the library. Don’t talk to your mutual friends! They will probably mention your presence, mood, and activities to this pseudo girlfriend if you associate with them.

It’s not a spy network, of course, but a girl will probably ask about you if you’re hanging out with everyone but her. You also want to keep this transition away from her out of the spotlight to preserve your own social standing, so don’t make it obvious. You’re all connected in a social web.

This one should go without saying, but some people just don’t think it through. You cannot be alone with a girl when one of you wants to have a relationship. The key to maintaining your reserves of willpower is to avoid temptation. Don’t be in the same place as her, especially if there isn’t a ton of other people to act as a buffer between the two of you. Don’t ask her to join your social groups in the first place.

Alternatively, you can have an emergency come up if she wants to get close. You can also use this trick when the rest of the crowd begins to leave. You can even join the social gathering in question with an excuse about needing to leave early if you know that she’ll be there. Get called into work or have a life breakdown of some sort when she wants to hang alone.

This one isn’t exactly original, but the success of a white lie hinges on how you deliver it. You can come up with anything to say, but saying it with empathy will be the key to convincing her that you’re not interested. This is an especially important thing to note if you still want to preserve some sort of a social relationship with the girl after you get rid of her as a pseudo girlfriend.

Perhaps you’re in a bad place, emotionally speaking? You could be too busy with school commitments, a professional workload, or bogged down with family responsibilities. Perhaps you need to babysit a niece or nephew more often, or you’ve been working a lot of overtime lately. High-stress lifestyles require more downtime! She’s not in every aspect of your life, so what can she say?

You can even just say that you’re not ready for that kind of responsibility. People want honesty, but they rarely want to hear that they’re the reason a relationship won’t work out. Don’t let it blow up in your face.

You’re probably her “emotional needs” boyfriend if she’s already your pseudo girlfriend! You might not even realize it, but one of you could be emotionally cheating on whoever might have an actual better half. You must ignore her emotional needs in order to completely withdraw from her life.

Stop being available to chat over Facebook, text, and especially the phone. As always, you shouldn’t make this a sudden change. Do it gradually; it’s even easier over electronic communication because you can just leave it unread for longer periods of time.

You can also just say that you didn’t have time to give a response the proper amount of time and thought that it required until she finds someone else to fill the void.
You wouldn’t even realize it

Direct her toward another pseudo boyfriend if possible. If she’s using you as an emotional crutch, then introduce her to other guys! Make it subtle, or else it will backfire as an insult. Sooner or later she will get the reality check coming her way: there is another guy in front of her and you are either unavailable or uninterested.

That’s how you get rid of a pseudo girlfriend! Back out of her life, stop filling her emotional needs, make a killer excuse about your current lifestyle, and become unavailable. Establishing the friend zone is your strategy, and you’ll achieve it by employing the other tactics.