How to Get Rid of a Wasp Nest 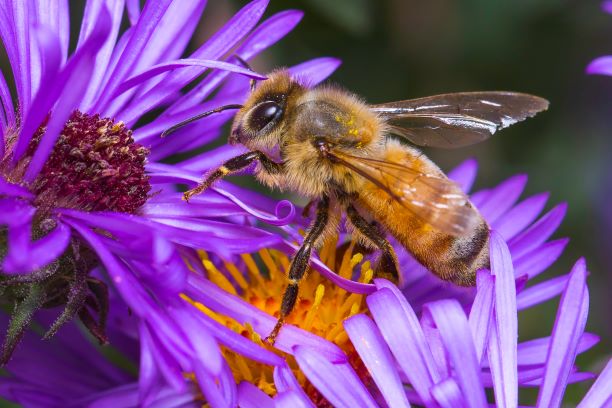 Wasps give all of us a hard time. They’re everywhere during the summer months and quite dangerous to boot! A wasp sting is a highly unpleasant ordeal and is an experience that neither you nor your family or friends want to experience. In fact, a wasp sting is something you will certainly want to avoid at all costs. Follow these steps to effectively get rid of wasp nests while being very careful in the process. This is how you get rid of a wasp nest. 1. Find out which kind of wasp colony made the nest.

The type of wasp is important. There are three major kinds that the general public encounters in North America, and they act differently from nest creation to aggression. Hornets tend to build nest in fairly exposed areas compared to other wasps. You might find their nests in hollowed tree trunks, for example.

Paper wasps make umbrella-shaped hives in secluded areas and tuck them under ledges to avoid exposure to the elements. The paper variety isn’t particularly aggressive, although it will defend the nest by stinging you. Remember that bees die after implementing a single sting but wasps can keep harassing you after they’ve stung you once.

On the other hand, Yellow Jacket wasps build nests that look like ‘paper mâché’ projects that you might see in a third-grade classroom. Please know the difference before you start hitting one; you don’t want to make a child cry any more than you want angry wasps to swarm you!

2. Figure out how to access the nest from the ground.

You do not want to climb a ladder or a building to get to a nest. Climbing will leave you exposed because you need at least one hand to hold onto something; heights will also leave you immobile and therefore unable to run away if wasps begin to notice you.
Find something to knock down the nest eventually—but not yet—from the safety of the ground. Fallen tree branches tend to work well, but broom handles do the job nicely as well. Throwing stones at the nest is inadvisable, particularly if you have a questionable aim or if there are other people, animals, or windows nearby.

3. Destroy the nest early in the year.

Wasps reproduce in the spring and summer months. You don’t want to deal with more wasps, so destroy the nest before any more yellow-striped pricks come out of it. Wasps don’t live very long, thankfully. A new queen and colony is born every year, which means you can catch the colony in a vulnerable position while most of its members have died, but before the new batch has been born.

Wasps also die naturally from cold temperatures. They simply cannot operate in the cold, so they hide in the nest over the winter to bide their time until new wasps can be produced in time to harvest pollen for the warm weather. Detaching the nest from its hanging place and smashing it to smithereens will leave the few living wasps exposed to the cold. You may not have the option of waiting for winter, but always keep this in mind as the most reliable way to eliminate wasps.

4. Destroy the nest at night.

Wasps live in the hive at night for the same reason they do so in the winter: they cannot operate in cold temperatures. Nights can still be incredibly warm in June and July, but the wasps won’t be out collecting pollen at night. They will still gather in one spot even if they can still fight back. Whatever you do to the nest, do so at night.

Beware of flashlights! Some wasps can detect the light source and may follow it. Use an amber light source if you have one. Alternatively, you can wait until the cusp of dawn to exterminate the wasps before they’ve left the nest and while there is a natural light source present. Plan an exit strategy either way. You really do not want to be caught by a swarm of angry wasps in the dark.

5. Use pesticide to get the job done.

Do this at night, too! Carefully approach the nest and spray into its entrances, preferably from the bottom, for 15 seconds. Don’t make any sudden movements or loud noises upon leaving the nest, unless the wasps noticed of course!

Let it sit overnight and check to see if it’s still buzzing with activity the next morning. Repeat the process over several nights if they aren’t all dead, and never forget to use protective gloves and glasses. Getting pesticide in your eyes or on your hands can be as bad as a wasp’s sting, so handle the stuff carefully.

6. Use insecticidal dust or lots of soapy water for ground nests.

Some wasps create nests in the ground, which means that you can cover it in some lethal substance. Insecticidal dust is the most advisable course of action in this scenario, but soapy water can work wonders on a budget as well.

Make sure that the dust covers all of the entrances and openings in the hive, or just dump enough dust on the hive to bury it. Alternatively, pouring copious amounts of soapy water into the nest’s openings will kill the wasps and coat their wings with oily water—soap is oil-based, FYI—to prevent them from taking flight.

7. Smoke out the nest to drive them away.

Wasps hate smoke as much as people do. You can smoke out the nest and knock it down while it’s evacuated so that the wasps have nowhere to go when the night’s chill claims their frail little lives. Killing them all in one place at night is still the best way to eliminate a nest’s inhabitants, but this is a viable alternative.

8. Drown the nest with a bucket of water.

How do you do that while the nest hangs up high? Tie a cloth bag around the nest to prevent wasps from flying away, and then attach a bucket of water to the same ledge or branch from which the nest hangs. They will drown without an escape route.

That’s how to get rid of a wasp nest quickly! Figure out which kind of wasp is bugging you, reach it from the ground, trap them at night, and exterminate the nest early in the year! Call an exterminator if all else fails. Go about the process safely, whatever you choose to do.

See also: How to Get Rid of Wasps