How to Get Rid of Acid Reflux 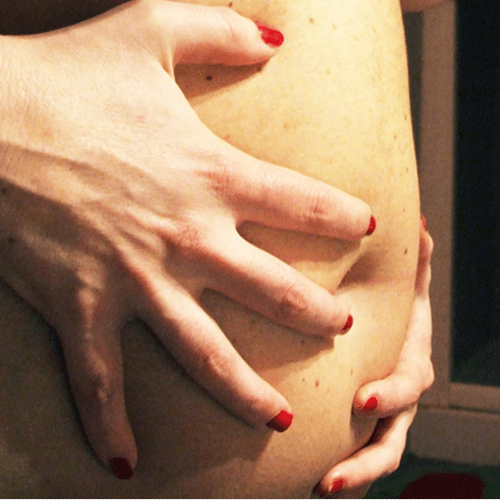 Acid reflux is a painful condition that affects millions of people all over the world. It is caused when your stomachs digestive acids make their way up into the esophagus. If you suffer from acid reflux on a regular basis, there is a chance that it may be the result of another more serious condition called gastroesophogeal reflux disease; also known as GERD.

GERD is common in people of all ages. As you swallow something, it passes through the esophagus to a ring of muscles called the lower esophageal sphincter (LES) which separates the esophagus from the stomach. These muscles normally open to allow the swallowed food to pass and then close immediately after its passage. In people with GERD, this muscle is weak or otherwise impaired and does not close like it should once the food has passed. When this happens acid is likely to force its way up into the esophagus and cause heart burn.

This is a destructive pattern that can actually lead to some pretty serious complications beyond the painful symptoms of heartburn. (Tips on how to get rid of heartburn)

2. What are common acid reflux symptoms?

Besides the obvious dull, burning sensation in the chest, there are other conditions that can happen as a direct result of acid reflux. These are:

Your esophagus is covered in a special protective lining. When the acids from your stomach back up into it on a regular basis this lining will eventually get damaged causing painful ulcers in your esophagus. If the reflux is allowed to continue you could even find yourself facing erosion of the esophagus blood vessels which results in serious bleeding. If this happens you may need surgery to repair the damage so see your doctor the instant you think you may have an ulcer.

Most people are surprised to learn that you can have an asthma attack due to GERD and heartburn. It is well known that asthma sufferers are more prone to acid reflux than non-sufferers and there are currently many studies underway to determine why. Some of the more popular theories suggest that acid in the esophagus can stimulate the nerve endings that trigger coughing (Learn how to get rid of coughs), or that the acid itself gets aspirated into the lungs. While anyone may find themselves coughing due to GERD, in most cases only people with a preexisting asthma condition will have an actual asthma attack (Tidbits on asthma, see Asthma) .

In some people who suffer regularly from acid reflux disease, the cells in the lower esophagus will respond to repeated exposure to digestive acids by growing into a completely different type of cell! In most cases, these new cells are similar to cells located in your stomach or intestines in that they are better able to withstand the acidic environment they have been exposed to. While this may sound like a useful adaptation, Barrett’s esophagus can often lead to cancer of the esophagus. Barrett’s can be detected with a procedure called an endoscopy – during which a small camera is passed through the esophagus and is used to visually inspect for abnormalities.

3. Getting Rid of Acid Reflux

While heart burn is the most common symptom of acid reflux disease, not all heartburn is a result of it. Heart burn is often caused by simple things such as a poor diet or eating too close to bedtime. You can often stop heartburn by avoiding certain foods which trigger highly acidic digestive conditions such as citrus fruits, spicy foods and heavy dairy foods. These are harder to digest and can lead to an over production of acid in your stomach. Eating late at night is also something that should be avoided, as the instant you lay down to go to sleep, the only thing keeping digestive acids out of your esophagus is your lower esophageal sphincter (LES), which will open to allow gases produced during digestion to escape (when you burp) and if you are lying down, this ‘burp’ will likely be an acid bath.

Heartburn can keep you awake at night and make doing everyday things a miserable experience. The pain can be intense and at times accompanied by serious nausea.

Some popular solutions to stop heartburn:

This is a good way to deal with heart burn, not necessarily with GERD. Most over-the-counter antacids are bases, which when consumed will neutralize your stomach acid. Though convenient, these are short-term solutions that will stop the pain at the expense of reducing your body’s digestive efficiency.

These are the most commonly used over-the-counter antacids on the market. They are calcium tablets that neutralize your digestive acids and can be effective in treating heart burn for very short periods of time. Overuse of these products can cause your stomach to adapt and produce even more acid than it normally would, creating an even worse case of reflux than you had when you started taking them.

Pepto Bismol‘s active ingredient is Bismuth subsalicylate which is used as an anti-inflammatory, antacid, and mild antibiotic. This often lasts a little longer but can lead to constipation in some patients (Bismuth subsalicylate is also the main ingredient in Kaopectate – an anti-diarrhea medication). This over the counter medicine can be used to treat other illnesses as well, such as indigestion, nausea and diarrhea.

Currently, the most commonly doctor recommended product for dealing with the symptoms of heartburn. Gaviscon contains “alginate” (alginic acid and sodium bicarbonate). When consumed these two chemicals interact to form a foam ‘raft’ that floats on top of your stomach acids acting as a barrier between them and your esophagus. It works fast and keeps working for some time.

Both of these antacids contain Magnesium Hydroxide (milk of magnesia) and aluminum hydroxide. Milk of magnesia is normally used to treat constipation but is also effective against heartburn. The addition of magnesium hydroxide counteracts the unwanted laxative effects making these products effective antacids.

Alka Seltzer’s active ingredient is sodium bicarbonate (baking soda). It works by increasing the alkalinity of your stomach’s contents.

4. Getting rid of GERD

You can’t really get rid of GERD, but you can certainly manage it. Here are some good options to review with your doctor:

Do not confuse these with antacids; they work in an entirely different fashion. These are drugs that work to block the normal function of histamine in the stomach – reducing total acid production. H2 antagonists should be taken before meals and can prevent heartburn for nine to twelve hours at a time giving the esophagus some time to heal itself even after it has been damaged by previous acid reflux. Use of H2 antagonists had been steadily declining in favor of more effective drugs called proton pump inhibitors (Next section).

These are the most common H2 antagonists in use today:

The cells in your stomach that produce digestive acids are called gastric parietal cells. The part of these cells that excretes acid is the proton pump. Proton pump inhibitors (in case you haven’t guessed already) work by disabling the proton pumps directly, stopping acid production by the gastric parietal cells that have been infiltrated by the drug. These drugs often need to be taken for 2-3 days before results can be seen and are available by prescription only.

Proton pump inhibitors to ask your doctor about are:

The healthiest way to avoid heartburn is to modify your diet for acid reflux prevention:

By eating more of certain foods and less of others you may be able to control your heart burn and your GERD without the need for any drugs at all. Here are some guidelines to get your started. Experiment and discover what your triggers are.

If you have heartburn more than twice a week, it is time to see your regular physician for an examination. The doctor may be able to determine just what is causing your heart burn and help you choose an appropriate course of action.

104 People reacted on this