How to Get Rid of Alzheimer's

Posted on: October 12, 2009 Posted by: Nicole Harding Comments: 6
Tags: aging, alzheimer's disease, How to Get Rid of Alzheimer's, illness 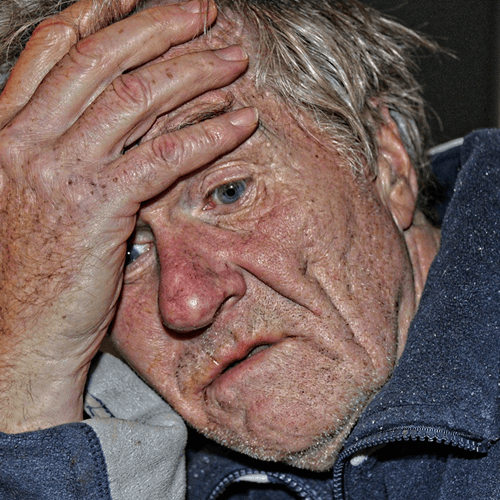 Aging sometimes causes many problems that can get in the way of a happy, fulfilled life. Many conditions can affect aging people to the point that it becomes a problem for them to live contently and enjoy their lives in peace. Aging can also affect friends and family, as they watch the elderly slowly waste away into people they seem to longer know or recognize (Learn how to age slower). One of these conditions that have a great physical and emotional toll is Alzheimer’s disease.

What is Alzheimer’s Disease?

Alzheimer’s disease is a psychological and neurological condition that affects some people aged 65 or older. It is one of the most common forms of dementia, which is a progressive mental disorder that affects one’s cognitive skills. The disease was named after a German psychiatrist named Alois Alzheimer, who first discovered this incurable condition in 1906.

Alzheimer’s disease can be classified both as a neurological condition and as a psychological condition. Alzheimer’s patients have brain lobes that suffer from extreme shrinkage at the cerebral cortex, and severe enlargement of brain ventricles. The progressive degeneration of the brain of an Alzheimer’s patient leads to impaired cognitive functions, causing the patient to think and act in a very different way compared to what he or she did before the onset of the disease. The consequences of Alzheimer’s can be so debilitating and devastating that many people suffer emotionally from watching its progression. Alzheimer’s is also very costly to families and to society.

Like many forms of dementia, Alzheimer’s disease is consistent with degeneration and neuron loss. There is no common ground among medical professionals as to what causes Alzheimer’s, but many psychiatrists and neurologists believe that the illness comes from imbalances in neurochemicals. Scientists have yet to determine what specific chemical imbalance causes the onset and progression of Alzheimer’s, whether it’s acetylcholine or beta-amyloid proteins.

Like many degenerative illnesses, Alzheimer’s disease progresses in stages. There are four stages that an Alzheimer’s patient will pass through if the illness is not managed:

The pre-dementia stage is usually associated with simple things like memory loss or general feelings of irritability and stress. It happens early into aging, and some people may not know that they are already afflicted with Alzheimer’s disease.

Most cases of Alzheimer’s disease are diagnosed at the early stages of dementia, or when the disease has actually progressed. At its early stages, memory loss and personality changes become more pronounced, and motor movements start to become impaired. Only a qualified health care professional can diagnose for certain that a patient definitely suffers from Alzheimer’s disease.

When Alzheimer’s disease progresses to the middle stages, the changes become more pronounced and additional care is needed. The patient’s motor functions are very impaired; while he or she may be able to perform simple tasks, the patient at this point needs to be helped with some more complex tasks.

At the advanced stage of the disease, an Alzheimer’s patient needs to be taken to a facility – like a hospice or a nursing home – where he or she can be cared for by doctors, nurses, and caregivers who work round the clock to care for people with the disease. In very advanced stages, the patient can no longer feed himself or herself. When Alzheimer’s becomes terminal, the cause of death is more consistent with organ failure, cardiac arrest, or infections instead of the signs and symptoms associated with Alzheimer’s.

Alzheimer’s is an incurable disease. Doctors and medical professionals are working on possible cures to manage the worst aspects of the disease, and to try to arrest the progression of the disease if needed. Once Alzheimer’s disease sets in, there’s no way to revert the patient back to a normal state. The best thing to do is to cope with the disease as best you can; remember that you cannot address and take care of the needs of a friend or a family member with Alzheimer’s. While it will take a toll on your patience and your spirit to take care of the elderly, it can be especially rewarding to take care of others who need your help the most.

Some people age gracefully, and still others are devastated by the worst signs of aging. With these steps, you can cope with even the worst effects of Alzheimer’s disease, and live a full and fulfilled life with you and your patient. For more information regarding this article, read how to prevent Alzheimer’s disease.

Click here for more information on how to get rid of alzheimer’s.