How to Get Rid of an Unwanted Admirer

Posted on: August 14, 2008 Posted by: Nicole Harding Comments: 9
Tags: How to Get Rid of an Unwanted Admirer 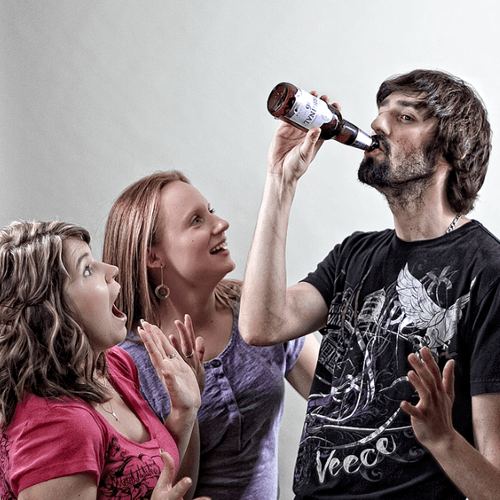 We all know the feeling – when somebody is attracted to you but you don’t feel the same way. An admirer can be persistent, confrontational, and sometimes just flat-out creepy. It’s always an uncomfortable situation to find yourself in, especially since nobody wants to hurt somebody’s feelings. However, nobody also wants to feel uncomfortable around somebody who is making them feel uncomfortable.

It’s always an awkward situation – there’s not much you can do about that. Whether it’s the weird, bookish boy in your class persistently asking you for coffee, or the girl you hooked up with at a party with no intention of seeing again, sometimes admirers can get the best of us and be untiring about getting you to date them. Here are a few tips for letting your admirer down as easy as possible.

**Note – sometimes there are clear signs that someone is not just an admirer, but is a stalker or engages in some other kind of antisocial behaviour. If you feel that your safety is being threatened in any way, speak to the police about your admirer’s behaviour.

Honesty is the best policy, but there is being honest to a fault. With an admirer, it’s best to err on the side of caution and tell them, in no uncertain terms, that you are not interested in them.

Being kind and courteous about your relationship should soften some of the blow to the other person – if they don’t give up, though, you also need to be untiring about your feelings on it, and if it gets worse, resort to getting less nice about the situation.

2. Discuss other people around them.

If you’re currently single and you have a persistent admirer you are close to (a friend, classmate, etc.), it might help to chat them up about someone you know mutually, even if you aren’t interested in that person either. For example, “Do you think _____ would like this _______?” or “Oh my God, _________ is so cute.” Doing this often could subtly get the point across that you are interested in someone else.

Alternately, you can discuss people who are single for them to consider asking out. However, be careful with this, because if your admirer is very persistent and possessive, you may get somebody else an unwanted admirer sticking to them.

3. Be specific about their behaviour.

You need to specifically point out exactly what you don’t like about that person’s behaviour, or what is making you feel uncomfortable. For example, tell your admirer that it makes you uncomfortable when they visit you at work because you currently have a long-term partner.

If it calls for it, tell them, in writing, to stop carrying out their behaviour, or you will get the police involved if you can’t handle what is going on between you two.

4. Rationalize why it wouldn’t work.

When somebody is rejected, the first question they ask is often “Why not?” When this comes up, it is best to rationalize the situation on both sides of the coin. Many factors can attribute to a classic lack of relationship chemistry – music tastes, political views, cultural and religion differences, and so on – so, the other person needs to be aware that you need chemistry for a relationship to work.

A relationship needs to be built on mutuality – two people need to have similar interests, be mutually attracted to each other, and have similar plans for where they want the relationship to go. It helps to make the case that you and your admirer have too little in common, even if you do.

Being kind goes a long way, especially when dealing with someone who could very well be extremely lonely. If somebody is constantly pursuing you for romantic interest, though their intentions mean well, it helps to let them down softly by pointing out the good things about them before going into what you don’t like about them.

Chances are if a person is being obsessively adoring towards you, they may have some self-esteem issues that make them fragile, and which also socially holds them back.

If this is the case, it helps to make their good points stick out so that they don’t feel hopeless upon being a rejection. “You’ll find the right person some day,” for example, is a reinforcing thing to say to someone.

6. Surround yourself with friends or your partner.

Having friends around you often will both make it more difficult for your admirer to physically speak to you, and more difficult for them to talk about the two of you as an item. This works best at parties and other social gatherings, where might be considered rude and uncomfortable for someone to interrupt a group of people socializing.

If you currently have a partner, make it obvious that the two of you are romantically involved – maybe have a bit more PDA (public display of affection) than usual when your admirer is around. Let that partner also know so they can act accordingly, should they need to.

When you confront your admirer about your discomfort with them, you will want to make sure you are in a public space, where you can both be easily seen. People can turn violent in the heat of rejection, and meeting in a public space will make the admirer’s behaviour immediately scrutinized by people. This could prevent any verbal or physical abuse from happening to you.

If you are being constantly pursued, or if you are experiencing any other antisocial and dangerous behaviour from an admirer, they are less of an admirer and more of a stalker. For your safety, you should contact the police if you feel that this person could harm you or threaten your emotional wellbeing. This goes for anyone of any gender or sexual orientation.

Having an admirer is enjoyable sometimes – it is nice to be noticed for your looks, personality, and accomplishments. However, a persistent admirer can impact your life in negative ways: at best, it is annoying, and at worst, the admirer could potentially be a threat to your safety and/or emotional wellbeing.

Nobody should have to feel threatened. If you feel your admirer can be dealt with on your own, try any of the above tips for getting rid of an unwanted admirer. However, if your safety or emotional wellbeing feels threatened, don’t hesitate to call the police.