How to Get Rid of Armpit Hair

Posted on: June 8, 2008 Posted by: Nicole Harding Comments: 4
Tags: How to Get Rid of Armpit Hair 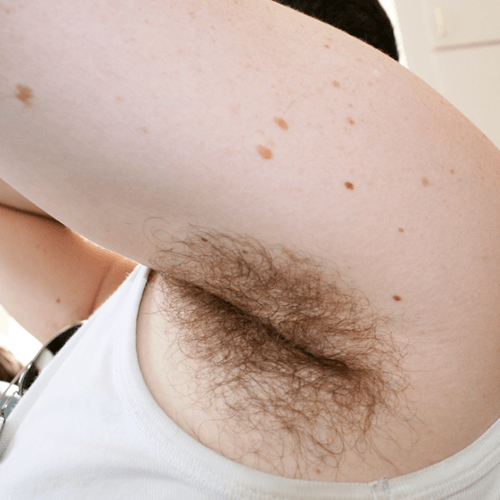 Since the dawn of man, armpit hair has graced the people of this world. No matter how much you hate this hairy growth, it won’t stop growing and you won’t stop having to remove it – until now.

The Science behind your Hairy Armpits

Advancements in scientific knowhow have revealed two main reasons why you grow hair on your armpits. The first reason is a natural scent called pheromones. Pheromones are found in both humans and animals. These are chemicals produced by the body to trigger certain behavior. Did you see your dog sniff the bum of another dog? That dog is responding to pheromones. Your armpit hair helps collect the pheromones, which is why men have a stronger smell than women. Remember that it’s merely a myth that armpit hair causes the smell. The smell is caused by the sweat produced by your underarm, not your armpit hair. If humans responded like our animal counterparts when it comes to pheromones, no one would ever get rid of their armpit hair.

The second theory explains that to grow armpit hair is to lessen friction between the underarms. The arms move a lot and so the armpits move a lot as well. However, this theory has been criticized because there are many freshly shaved people who don’t seem to be hurt by armpit friction at all.

If you can’t take sitting in your house, plucking each of the 2,876,988 hairs that grow in your armpits, then read on to learn the best ways to get rid of armpit hair. Throw your tweezers away – that’s an ancient method of armpit hair removal! There are faster and easier things you can do.

There are four methods that can help you remove armpit hair. If one doesn’t work, try another one. It’s best if you try all methods so that you can judge which method you can tolerate for the rest of your life. Some techniques permanently remove your hair, while others only last for a few days. Some are techniques are costly while some will only cost you patience.

The most popular, and perhaps the most convenient, way of getting rid of armpit hair is shaving. There isn’t really much to explain about shaving. Of course, it would require foam or a special gel. Without these shaving lubes, you’ll get razor burn on your armpits, which is not comfortable at all. If you want to shave but can’t find any foam or gel from the cupboard, hair shampoo will do just fine. However, rinse your armpits thoroughly because hair shampoo is prone to residue. You would not want to get armpit dandruff. (Tips on how to shave properly)

Shaving has its advantages and disadvantages. The advantage is that it’s economical. It won’t cost you much to get shaving foam and a razor. In many homes, razors lie in waiting. The disadvantage of shaving is that you have to do this frequently. It’s like the concept of the 3 o’ clock shadow. If you don’t get bothered by a little pinching, then shaving is best for you. Pinching happens because when you shave, the hair actually gets harder. This explains why people who shave their underarms must repeat the process after 2-3 days. Just being a day late means discomfort because they tend to feel irritation every time they move.

In spite of the disadvantage, it’s very quick and easy to shave. In fact, many people prefer to shave their armpits to get rid of their underarm hair.

Waxing is not just for armpits: it’s also applicable to eyebrows, bikini lines (Tips on how to bikini wax) and leg hair. Some men (particularly swimmers and cyclists) also resort to waxing off their chest and leg hair.

Either you do the waxing yourself or a cosmetologist can do this for you. Waxing involves the use of a special heated wax. Upon application of a thin layer, a paper strip or cloth is pressed on top of it and is ripped off against the direction of hair growth in a sudden and quick movement. This ripping removes your armpit hair, the wax and even the dead skin cells. What’s great about waxing is that it takes some time before the hair grows back because no stubble is left in the follicles. The number one disadvantage to it is that it’s excruciatingly painful for most people.

This is perhaps the most diverse way of removing hair from your armpits. There are many products on the market that showcase one function after the other. Many manufacturers of these hair removing tools claim that their products will permanently remove hair. Here are some notable choices.

This is definitely the most expensive armpit hair removal technique among the four. Visiting a cosmetic studio requires an appointment and an expert to do the job for you. All you have to do is lie down, even sleep, and wake up to find nice, smooth armpits for you to admire in front of the mirror. They also offer laser treatments, which can remove your armpit hair permanently.

Make sure you have enough money to cover the royal treatment. There is such a high demand for cosmetic studios these days that you won’t have difficulty finding one near you.

Perhaps the time will come when armpit hair for women is openly accepted in society. It’s already starting to receive rave reviews. There is now the trend where society shifts and turns away from unachievable beauty ideals, hence the term “natural look.” Some people now refrain from removing their armpit hair at all. Will this become more popular? Only time will tell. If you enjoyed reading this article, you’ll surely enjoy reading how to get rid of arm hair and how to shave your legs.

Click here for more information on how to get rid of armpit hair.