How to Get Rid of Asian Beetles

Posted on: November 26, 2008 Posted by: Nicole Harding Comments: 2
Tags: How to Get Rid of Asian Beetles 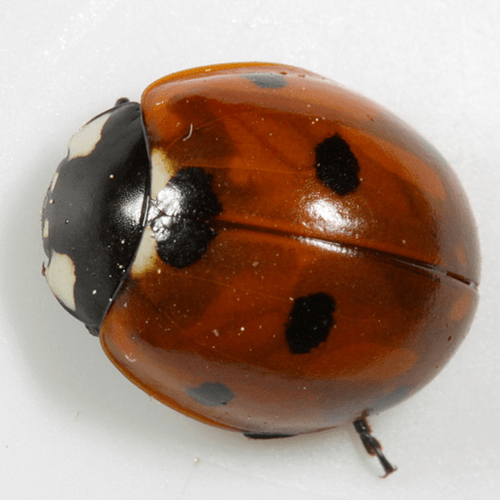 Asian lady beetles or simply Asian beetles, also known as Japanese lady beetles and Halloween bugs, are multicolored insects that gather in groups. They do not burrow or chew on housing materials and carry no diseases or bite much, so relatively they are harmless. However, Asian beetles do congregate in huge numbers, making them pests.

Asian beetles roam around private properties and residential dwellings, meandering over food and utensils. They can be irritating and a nuisance. Once you squish them, that is when their one destructive power is unveiled: reflex bleeding. It involves the Asian beetles emitting a foul-smelling yellowish substance from their leg joints. Reflex bleeding makes Asian beetles less palatable to predators in outdoor situations. However, the yellowish substance can stain surfaces or trigger allergic reactions (in humans) in an indoor setting.

Getting Rid of Asian Beetles

Asian beetles can be considered pests when they intervene with your everyday life and cause unhealthy or unhygienic living. Here are five ways to control Asian beetle infestation:

1. Inspect the outside and inside of your house for cracks and gaps in the siding, foundation, walls, doors, and windows where Asian beetles may enter. By caulking cracks and gaps

, the property is protected from insect intruders. It is advisable to seal or repair any gap wider than 1/16 of an inch. Do not forget to caulk around pipes, cables, and hoses that come from the outside.

2. Well-maintained screens will prevent Asian beetles from entering your property. Screens are effective defense mechanism against Asian beetles. It is advisable to have them on all your windows, attic vents, and kitchen and bathroom ventilation fans.

During warmer seasons, it is best to check for gaps, tears, or holes in the screens and repair the damage before the Asian beetles take advantage of them.

Asian beetles spend most of their time hibernating out of sight. Once the cold climate is over, they would look for the exit from the wall cavity. They will probably try to escape from the interior walls, so make sure to seal the gaps during warmer seasons.

If in case you do not want the Asian beetles to die, and rather see them released outdoors, then slipping a nylon stocking (secured with a rubber band) inside the hose attachment of the vacuum cleaner around the opening would do the trick. The suction would pull the beetles inside the improvisational material without killing them, after which you could humanely release the insects outside.

5. Dark colors and prints attract fewer Asian beetles. The insects are mostly attracted to light colors, especially whites and yellows. Painting the exterior of the house with darker colors will likely make your house a less attractive shelter for the pests. However, it is not really advisable to change the whole facade of the house just because of harmless insects. Surely, there are other means to keep Asian beetles away.

Pesticides and insecticides are effective ways to eliminate pests; however, it is quite different dealing with Asian beetles. Fogging or spraying indoors will only kill a minimal number of Asian beetles, since the majority is hidden inside wall or crawl spaces, where chemicals cannot reach them.

Fogging and spraying will only leave your house smelling pungent. The best way to deal with visible Asian beetles is to vacuum them. That is why fortifying the house before Asian beetles intrude the insides should be a paramount concern. Before the cold climate begins, you can spray pesticides or insecticides like Demand or Demon WP on the outside surface of the house. Concentrate around possible entry points like doors, windows, and soffits. Asian beetles fly to their hibernating place from long distances, which makes spraying on the yard or trees unnecessary. It is best to apply the chemicals to the house itself.

1. Use a light trap to capture Asian beetles. Asian beetles have an affinity for light. If properly placed in a dark portion of the house or turned on at night, the light tempts the insects toward it. Light traps often have trapping mechanisms like a jar that imprisons the insects until the owner decides what to do. Light traps can be done at the privacy of your own house or can be purchased in retail stores.

2. Camphor oil repels Asian beetles. Studies have shown that camphor and menthol repel multicolored Asian lady beetles. Oils such as these, however, can evaporate quickly. They are not practical repellents but are effective for short-term control.

3. Utilize a glue trap to capture Asian beetles. Glue traps are often placed in places where Asian beetles, and other insects for that matter, are commonly seen. The trap uses adhesive on a cardboard sheet. Any insect that walks over it would get stuck and eventually die. You can dispose the trap once it accumulates enough insects.

Asian beetles, just like most insects, are not harmful but can cause disturbance. Also, they are agents of poor hygiene and unhealthy living. You can prevent Asian beetles from entering your house by simply following the tips above. Healthy living is just a matter of maintaining a clean breathing space, free from pests and other unsightly objects.