How to Get Rid of Attention Deficit Disorder

Posted on: November 26, 2008 Posted by: Nicole Harding Comments: 1
Tags: How to Get Rid of Attention Deficit Disorder 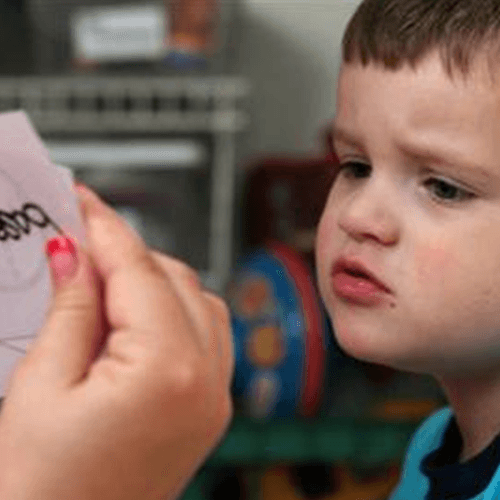 Attention Deficit Disorder (ADD) is a mental disorder, and as with many mental disorders, the causes are not entirely known. Because this is the case, there are many factors that work together to create symptoms of ADD, or that help make these symptoms worse. This article will provide both medicinal and natural suggestions on how to get rid of ADD, with an emphasis on natural suggestions, as this is a healthier solution to ADD in the long term.

Medical Disclaimer: One of the first things to do, before seeking treatments, would be to first go to a doctor and get tested to make sure there is not a more serious problem going on. Symptoms of ADD are the same as those linked with thyroid problems and lead poisoning, for example, which require a whole different set of treatments.

If you find out that you or your child are in fact diagnosed with ADD, it is best to not panic. Do not blame yourself (if you are an adult or parent) or blame your child, or let your child blame themself. While ADD is most common in children, it can also happen in adults. ADD is not a genetic condition, and can happen to anyone. It should not be viewed as a disease, but as a sort of hurdle that you will need to work at to get over. This being said, people with ADD need support and love, so you do not want to separate them from their family and friends: in fact, doing things together will help everybody involved in the end, as keeping the brain of someone with ADD active and healthy is one of the best ways to cope well with this disorder.

The most common drug that is given out by doctors to treat ADD is called Ritalin (fans of the Simpsons will know the song!) Ritalin works on your central nervous system and helps calm down the chemicals in the brain that cause people to act out suddenly and occasionally aggressively. By doing so, doctors who support Ritalin’s use suggest that their patients who take this drug (who are more often boys than girls) have a similar brain layout after taking the drug to ‘normal’ boys and girls.

Some of the problems with Ritalin is that it is often given when it is not needed: ADD in today’s society has become a ‘buzz word,’ where parents think their children need this drug in order to be a good student or live a normal life. Some doctors also suggest that Ritalin is not a good way to get rid of ADD, while others suggest that the drug is more dangerous than helpful, pointing to children’s death or overdose because they used too much of the drug at once.

Naturopaths, who use alternative forms of medicine, and even many traditional doctors these days, are starting to insist that proper brain function can be returned to a normal state without the use of modern medicine like Ritalin. Using a variety of antioxidants, which are natural chemicals that help get rid of potentially harmful chemicals in the body, these experts suggest that someone with symptoms of ADD can help reduce and even eliminate the effects of the disorder (as part of a routine involving several other stages, which will now be explored).

Many experts on ADD suggest that a balanced and healthy diet is one of the most important steps for someone who is trying to get rid of the disorder. Certain foods, specifically junk food, which is high in sugar and food additives, are unhealthy for anybody and may be particularly bad for someone with ADD. The chemicals in these junk foods help destroy chemicals that make a balanced brain, which is why it is thought that some children have ADD when they in fact do not, because they are affected in many of the same ways by these harmful chemicals in junk foods.

Getting rid of sugary drinks is a great first step. Water is the best beverage for kids to drink, as it refreshes the body without providing harmful chemicals to the brain. Eating food with Omega 3, which is often called “brain food,” is a great way to give helpful chemicals to the brain to help someone create a good balance. These foods include salmon, flax seeds, or organic walnuts, for instance. In general, high quality fish oil is an excellent way to provide these helpful chemicals to the brain, as many studies suggest that fish oil improves general health and in particular boosts brain health. Generally speaking the more raw fruits and vegetables that are eaten, the better.

4. Set yourself a schedule.

Diet is an essential step, but changes in lifestyle are just as important. Having a set routine is a great way to provide balance not only to your brain, but also to your life in general. Having a routine for the morning, for at school or work, for dinner, for play, and for bedtime is very important. As a parent, setting this sort of schedule for their child who has ADD can help them to feel normal.

During the day, it is very important that exercise is included in a child or adult’s schedule. At least thirty minutes a day is recommended, and sports that require a lot of movement in particular are most helpful: things like martial arts, or gymnastics. These help activate the brain to release some of the pent up energy and brain chemicals that are the cause of ADD. It is best to avoid video games and television for the most part (or include them in small amounts as part of a daily schedule), as video games do not keep the brain active in a helpful way. At night, a proper night’s sleep is very important: because sugars are not a good idea during the day to help keep you awake if you have ADD, a good night of sleep is the best way to stay rested. This also allows the brain time to rest and provide its best function the following day. Especially for children, getting rid of video games or any electronics in their bedrooms is a good way to get rid of distractions and make sure they are sleeping.

A healthy diet and lifestyle is essential, but it is also important to keep your child (or yourself) in line with discipline. As a parent, you need to make sure your child is not misbehaving. If there are no consequences to what they are doing, they think they can get away with it, which is NO GOOD. Children with ADD are often not aware of what they are going through, and this can be very frustrating to them. Because of this, they are often more likely than other children to act out: to their parents, their teachers, or their friends. So, it is important to be firm and clear with them. Warnings are a must, followed by a “time out.” If you give too many warnings, however, a child will not take you seriously: it is essential to give a punishment at some point in time.

Discipline is very important, but you do not want your child to remain frustrated forever, or be unhappy with you as a parent. It takes a lot of support and attention to help a child or an adult get rid of ADD, and this love and support from the family is just as important as any other factor. Growing older, it is very likely your child will not follow one set or determined path. Be supportive of them regardless: it may take them longer than other people to find a job, or to get into a school that works well for them. Beyond these suggestions, it may take professional counseling or even therapy for a person with ADD to cope with the disorder and learn to live in a healthy way with it. Every case of ADD is different. But by following these suggestions, many experts agree that symptoms of ADD often disappear in time, especially as children grow into adults and learn how to manage life stresses and other factors associated with ADD on their own.