How To Get Rid Of Belching

Posted on: November 26, 2008 Posted by: Nicole Harding Comments: 0
Tags: How To Get Rid Of Belching 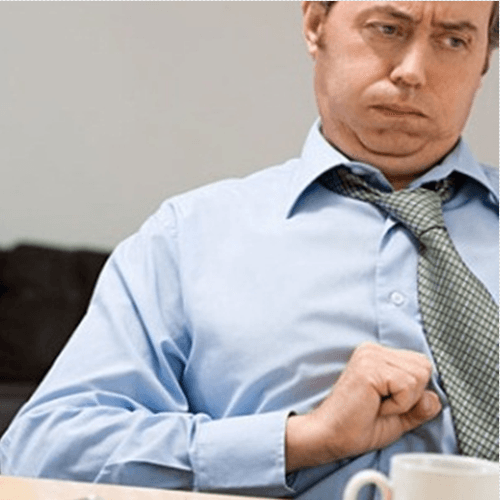 Nothing ruins a good moment quite like a big burp. Peaceful sunsets and intense gazes can be shattered by the interruption of gas coming out of your mouth in the loudest manner possible. We don’t like to burp, but sometimes we can’t help it! Better out than in, as some like to say.

Belching is your body’s way of getting rid of excess gas in your stomach. Commonly caused by swallowing excess air, burps can be very hard to hold in. We don’t want you to ruin the perfect moments you find yourself in, so in this article we’ll break down the best ways to get rid of belching so you have zero excuses for interrupting your next important moment in life.

When you have the hankering for a good meal, sometimes the thing you want to do most is shovel that food into your mouth as quickly as possible. This is actually one of the most common times you’ll see people let out huge belches.

Unbelievably, you still have to breathe when eating. As you mow down that food, you’re breathing in at the same time, which ends up in your stomach. This gas build up creates a disruption in your stomach which can lead to more burps.

Another thing to avoid are gassy foods, particularly those that are high in carbohydrates. Foods like beans, milk products, and whole-grain items typically contain high amounts of oxygen which will bloat your stomach, causing those pesky burps.

Unfortunately, you have may noticed that these are some of the healthier food options you have. Try swapping out these items for other similar substitutes that still offer similar nutritional benefits without the extra gas.

If you’re looking to cut out the unhealthy foods to stop the burping, desserts like mousses, soufflés, and whipped cream all have lots of air packed in. Say goodbye to those treats and you’ll be on the right track to good health and fewer burps.

2. Watch what you drink

If you’re at a business lunch or having dinner with your significant other’s parents for the first time, you might want to have a beer to calm the nerves. While it might ease the stress, it could also lead to another problem: a massive burp.

Stay away from beer and carbonated beverages, as they contain high levels of carbon dioxide gas. This gas builds up in your stomach and can cause the juices to send the gas back up through your mouth.

Another thing to watch out for when drinking anything is to avoid using straws. As fun as a swirly straw can be, it causes you to suck up more air than you would experience drinking normally. Ditch the straw for now and sip the cup normally.

One of the main burp culprits is your best breath friend: gum. All that gum chewing causes a lot of saliva to build up, which you then have to swallow (if not spit out). As you swallow, some air is going to go into the stomach, and the added air to the saliva isn’t going to help either.

The same thing applies to hard candies that you might be sucking on. Saliva is going to build up again and it’s going to cause more burps than you’d probably like.

If you’re on your way to a big meeting, swap the gum or hard candy out for something else, or brush your teeth beforehand.

If you’re already a tea drinker anyways, then you’re in luck here! Chamomile tea has been shown to have some gas-reducing benefits, so slowly sipping on this herbal tea can be a good way to settle your stomach.

If you’re not the biggest fan of chamomile tea, other herbal teas like mint or raspberry have also shown to have minor gas-reducing effects.

One thing you can do to help stop the burps is take note of the old cartoons. After a big meal, you might see a character undo their belt to let their stomach flop out. This can actually help ease the discomfort from the bloating and stop the gas from building up in a concentrated location.

If you’re not in any formal setting, throw on a pair of sweatpants or shorts instead which won’t be so compressing on your midsection. The added comfort of those bottoms is just another bonus.

As mentioned earlier, swallowing too much oxygen can cause a build-up of gas in your stomach and cause more belching. One of the better ways to avoid this is by practicing proper breathing.

Sometimes people develop a habit of swallowing when nervous, which only causes a gas build-up in your stomach. Practicing breathing techniques through yoga or meditation is a great way to stay healthy and cut back on the burps.

Smokers inhale much more frequently than those who don’t, and not just during the smoking process itself. The incomplete combustion from the lit cigarette causes a chemical compound that will restrict your breathing in the long run.

If you can’t bring yourself to give up nicotine, try switching up the way you get your fix. There are many nicotine patches and gums available today that still satisfy your cravings without the added carbon dioxide.

Alternatively, many vaporizers you can buy on the market today don’t billow out the same smoke that cigarettes do. Unfortunately, you usually inhale even more with these apparatuses, so it might not be worth the switch if you’re looking to stop the belching.

If all else fails, there’s almost always a medication to help. Antacids are little chewable tablets that you can eat which will help settle down your stomach, and stop most of the burps from happening.

Like many medications, this is only a temporary fix. If you have a long-time burping problem, you’re going to want to follow some of the above suggestions to better help with your problem.

No one likes to embarrass themselves with a loud belch, so it’s time to get rid of that belching stomach eruption. Change your breathing habits and you’ll change your burping habits!