How to Get Rid of Boils 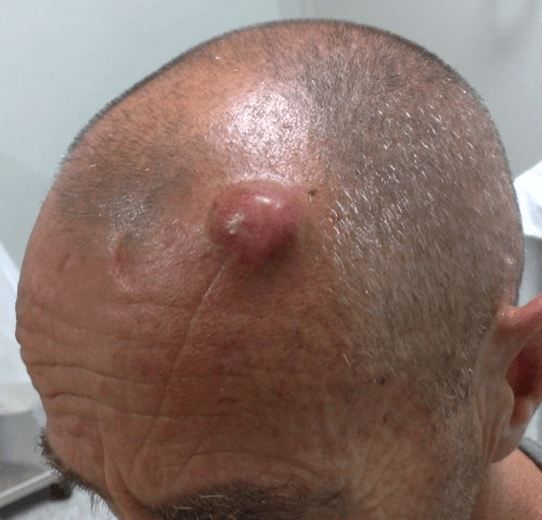 The skin is the most exposed organ of the body. Every day, it gets all the brunt the world has to offer: pollution, weather changes, dust and even the occasional hazardous flying object. It’s no wonder, then, that the skin has to deal with lots of irritants and certain microbiological invaders that just want to make skin their vacation house. Most times, diseases of the skin are dealt with efficiently by the body’s defense system, leaving nothing more than a rash that usually disappears after a couple of days. There are times, though, when openings in the skin, like cuts or breaks, allow the bacteria entry. Coupled with certain conditions, they give rise to those unsightly little growths on otherwise blemish-free skin. Boils are a perfect example.

Simply put, boils are bumps on your skin, usually filled with pus, that form when bacteria infects one or more of your skin’s hair follicles. The result is inflammation that is reddish and tender, gradually growing larger and more painful until it bursts and drains. Some people may mistake a boil for a pimple. The difference between the two is that a boil is a lot bigger, deeper and more painful than a pimple. To say that a boil is a pimple on steroids is an apt description.

Like pimples, boils can occur anywhere on the skin, although they are mostly commonly found on the face, thighs, buttocks and neck. Boils appear mostly on areas where there is a lot of hair, sweat tends to accumulate, or where friction usually happens. Most times, there is only one boil that will develop, but sometimes several boils get concentrated in one area. When this happens, you have what is called a carbuncle—an interconnected network of boils that is usually larger and with one or more drain openings (Learn how to get rid of carbuncles). The infection is contagious, so if one family member has a particularly nasty boil or carbuncle, chances are good that other family members may have at least one as well.

The bacterium that is responsible for boils is called staph bacteria (scientific name: Staphylococcus aureus). Normally, the bacteria are found in your skin, throat and nasal passages. They are responsible for several serious diseases like pneumonia, endocarditis, meningitis and urinary tract infections. Several food-borne and hospital infections are also caused by them. When your skin gets cut or scratched, staph bacteria can enter it. The moment this happens, your body’s immune system kicks in, sending the bacteria-killing soldiers—the white blood cells, called neutrophils—to kill the infection. The battle that ensues is what causes the boil to get inflamed; eventually, pus forms. Pus is a mixture of bacteria, dead skin cells and white blood cells.

Since boils are generally common infections and are not usually serious, they typically go away after a week or two, even without medication. There are, however, several things you can do to expedite the process.

Use a hot compress. The application of warm water (either with a compress or by soaking the boil) will decrease the pain you are experiencing as well as draw the pus to the surface faster. Once the boil breaks (in what is termed colloquially as “bringing it to a head”), wash away the pus with antibacterial soap. Cap it off with a medicated ointment and a clean bandage. Continue washing the affected area and using a warm compress two to three times a day until the wound heals.

Don’t pop the boil manually. Forcing the boil to pop will result in spreading the boil to your skin. Remember that boils are contagious, so as much as possible, have it contained. Popping a boil may also cause damage to the lower layers of your skin or may leave unsightly scars when it heals. Using tools to pop the boil (like needles or pins) might cause more complications if these tools are not sanitized or sterilized. Bottom line: coax out the pus naturally.

Consult a doctor about boils that are serious or deep. Some boils can be unusually large or deep or are very painful, and normal methods of treating them may not seem to work. In cases like this, go seek the help of a doctor or dermatologist. Do not worry, though, as it will not be a serious problem. The doctor will just cut through the abscess with a lancet or scalpel after the area surrounding it has been sufficiently anesthetized. The doctor will manually drain the pus out and then clean the area with an antibiotic. If the boil is too deep to be completely cleared in one pass, the doctor may cover the incision with sterilized gauze to keep the pus draining. The gauze can usually be removed after a couple of days. Your doctor may also prescribe you with some antibiotics to hasten the recovery of the incised boil or carbuncle.

If your boil keeps coming back even after treatment, have it checked by a doctor. Boils that stage several comebacks even after continued treatment are often a sign of a more serious problem. The doctor will usually take a bacterial culture using a cotton swab to see exactly what kind of bacteria is causing the problem. From there, they will give you the appropriate antibiotic that can specifically kill the bacteria strain that you have.

Keep your wounds clean. Since boils begin with staph bacteria that enter your skin through cracks and wounds, be sure to clean and treat all your wounds to prevent future boils from cropping up (The folks at Monster Guide have written an excellent article that teaches you how to heal a wound). Frequent washings using antibacterial soap and a regular change of wound dressings will ensure that your boil will not spread to the other parts of your body.

Ensure that no one in your family is a carrier of the staph bacteria. Carriers of staph bacteria don’t often show symptoms that they are carriers. Ensure that any family member you recently had contact with gets a bacterial culture so they will be free from it and prevent any future boil infection from appearing. This way, you will be able to get rid of your boil problems for good.

Boils are rarely dangerous, but if you’re having symptoms that last for more than two weeks or so, it is time to have yourself checked. In some cases, there’s a possibility that the bacteria from your boil will enter your bloodstream, spreading it to other parts of your body, causing what is known as blood poisoning (or septicemia), an infection that can be very life-threatening. If you suspect that what you have is no longer a simple boil, then by all means, consult a physician. When it comes to diseases and medical conditions, you can never be too careful.

Click here for more information on how to get rid of boils.