How to Get Rid of Boyfriends 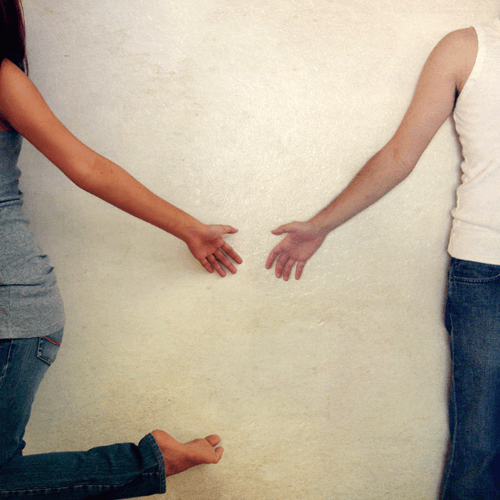 Calling your boyfriend and saying “we’re breaking up” would probably be the simplest way to end a relationship. Your special circumstances warrant a unique approach, so here are indirect ways to drive him off without gathering the courage or mental courage to take direct action. This is the sure-fire way to rid of your man.

The point is to trap the guy into digging his own grave. You want to ask a question at the worst possible time; you should do this during dinner, while you’re driving, or while you’re cuddling.

Note that cuddling on the couch or in bed are both acceptable times to corner him. Ask the question innocently and prepare to be either hurt or offended. The setup is brilliant because he can’t worm his way out of it—even avoiding the answer makes it look like he has a nasty opinion to hide from you.

You can try to ask him if you look fat in a certain outfit; you don’t need to be wearing it, but it helps if you are. Smart ones will probably answer in the negative, so be sure to accuse those ones of a) answering too quickly or b) answering too slowly. The implication behind both is that they’re hiding the truth from you. Alternatively, you can just ask him if he would stay in the relationship even if you became pregnant with another man’s child. Even a hypothetical question like that will scare him off.

Jealousy is a beautiful thing if it’s used properly. It drives away men like few other things in this world. Don’t let him see other people at all—neither friends nor family. Treat him like your own piece of property. It doesn’t matter if you’re a good person under normal circumstances; just go with it to get rid of the boyfriend for now!

Don’t give him time for social calls, especially if that involves girls who aren’t you. There’s always some sort of chemistry between men and women even under the most polite circumstances. They could be out to get him; while they can have him once you’ve rid yourself of the guy, you need to act like he’s your property until he leaves.

Constantly badger him over text, social media, and with phone calls. Don’t let him have more than an hour or an hour and a half to himself. Send him ‘good morning texts’ and act hurt when he doesn’t respond immediately. Also consider demanding a gushy emoticon in the response, but get a feel for his mood first.

Treat his family like your own after an inappropriately short amount of time. Using the family like a security blanket goes a long way toward making the guy feel uncomfortable. He doesn’t want to babysit you, but he still wants to cash in on the benefits of dating. Make him second-guess the trade-off between intimacy and your perceived lack of emotional independence. He’ll do some soul-searching and, with any luck, decide that it just won’t work out.

Alternatively, constantly trying to be too inappropriately mushy will make him uncomfortable. This works especially well in public, and in cramped public spaces, such as busses. Constantly try to strike a Hollywood moment by staring longingly into his eyes when it’s difficult for him to hold your gaze. Hold it for far longer than anyone should.

Frustrate him with your unclear or absent communication! This works well together with ‘becoming territorial’ and asking the ‘impossible question.’ Capitalize on your momentum by failing to tell him what went wrong. He’ll pick up on the fact that it’s his fault in some way, but the value of this approach stems from the benefit of whatever conclusion that he draws. He will either believe that he’s screwed things up too badly to continue, or he’ll believe that you’re unreasonable.

Wedging apart the two of you can be much easier than you think! You can also give him the cold shoulder instead of explaining what he did wrong.

Look at his private messages. Look through his phone when he’s in the bathroom, read his emails if he ever leaves his computer open, and look through his call history. Don’t even worry about leaving things the way that you found them; you want him to think that you’ve been looking through his stuff. You’re here to get rid of your boyfriend, so you might as well anger him to top off the cake with a cherry!

Nobody likes being stood up. Cancel your plans at the last minute or simply forget about them altogether. It doesn’t matter which one you choose because you aren’t going to meet him anyway. Do this between 4 and 8 times until he gets the message. Remember to act offended if he accuses you of being at fault.

The best tactic to drive him even further away usually involves conveying your own victimization through guilt. Say, “I don’t want to feel guilty anymore,” and watch his face change with a wide range of expressions. He won’t even know how to respond!

7. Blame him for unreasonable things.

Specifically, give him a hard time for things outside of his control. This doesn’t need to turn into a scenario in which the man cheats on you in your dream, but you can still take out your anger on him in subtler ways. You can direct anger toward him if your first choice of restaurant or movie theatre is full.

Get mad at him for things outside of his control. Perhaps his friend offended your friend at some point, or someone’s pet threw up on the expensive rug while both of you were at work for the entire day? It doesn’t matter; just get angry with him for it.

Watch terrible TV if you’re ever in doubt. Jersey Shore, Maury, Jerry Springer, and daytime soap operas will all drive him away. It works especially well in an apartment because you can’t really escape the TV in such a small space. Try watching intelligent shows if he actually likes the horrible stuff; The West Wing, Game of Thrones, The Sopranos, or any BBC murder mystery should do the trick.

That’s how to get rid of a boyfriend. If all of that fails, then you can also just call him to tell him that it’s over, of course. But if you don’t think that will work, these suggestions should get you on the right track.

128 People reacted on this