How to Get Rid of Buttercup

Posted on: January 28, 2009 Posted by: Nicole Harding Comments: 0
Tags: How to Get Rid of Buttercup 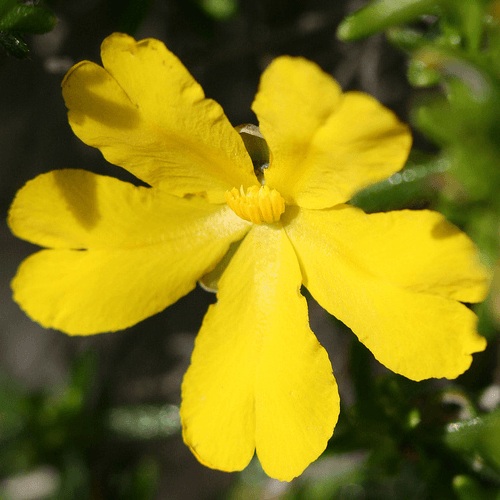 Before going any further, be informed that this article won’t do anything to cure your Last Song Syndrome (LSS) on The Foundations’ 1960s smashing hit (Tips on how to get rid of a song stuck in your head). The buttercup here refers to a large group of plant species in the Ranunculaceae family. Spearworts, water crowfoots and the lesser celandine are also part of this massive family known for its ornamental flowers.

With names such as Glacier, Goldilocks, Creeping and Mount Cook Lily, it isn’t a surprise that buttercups are more than just innocent botanical specimens. Buttercups set their opportunistic plan in April or May, when they bloom and grow as garden weeds. Although they are edible to a certain variety of moths and butterflies, buttercups are poisonous when eaten fresh by livestock. The awful taste and mouth blisters received by these poor animals lead to bloody diarrhea, excessive salivation, abdominal pains, blistered mucous membranes and abscessed gastrointestinal tract.

By no means are you safe either, as Ranunculus plants are known to inflame human skin when handled incorrectly. Despite these flaws, some species are popularly used as decorative flowers in horticulture mainly because of their bright tone.

One of the most common bush invaders is the creeping buttercup, which isn’t an offspring of Build Me Up Buttercup and Creeping Death. This reclining herb has been pestering many lawns all over Europe, Asia and Africa. It thrives on damp degraded places and colonizes wet and arable land.

Also known as devil’s guts, granny threads, ram’s claws, sitfast and tether-toad, the creeping buttercup spreads rapidly in damp areas and consumes most soil nutrients around it. This prevents native plants from developing and displaces them completely after some time. The Ranunculus repens is also poisonous, just like other buttercups.

The creeping buttercup is easily dispersed when you discard garden waste. If you allow it to spread, it can instantly take over your lawn through its stolons. Trampling its seeds, stems and other plant fragments won’t be enough to kill this garden plague. It even manages to survive ground saturation and moderate droughts. Getting rid of this pesky weed isn’t easy, but it is doable.

Survey your garden and estimate the amount of creeping buttercup present. If you only have a few of these misplaced plants running loose, just dig them out with a garden trowel or a small hoe. Make sure you excavate the entire root system to prevent the weeds from coming back.

As much as possible, avoid the temptation to yank creeping buttercups with your bare hands. As mentioned earlier, they produce irritant oils that cause dermatitis. Always wear gloves when dealing with Ranunculus plants, even if you aren’t planning on digging them up by hand.

Mulch is a layer of various natural and synthetic materials that serves as protection for plants against weeds. It is placed above the ground to block sunlight and suppress weeds from growing. Besides hindering the growth of weeds, mulch also adjusts soil temperature accordingly, slows evaporation to retain more water, adds nutrients by increasing microbial activity in soil, repels insects, preserves moisture, slows runoff velocity and controls erosion.

Some of the usual materials that make up this gardening tool include tree barks, chopped leaves, cocoa hulls, pine needles and compost, just to name a few. Since the organic elements of mulch break down rapidly, you need to replenish it at least once a year by adding an inch of compost to continue improving the soil quality.

Retain at least three inches of mulch to smother the buttercup family entirely. However, you must also give your plants about an inch of space so moisture can pass through and prevent your plants from rotting.

Using renewable resources to fight weeds means you understand the significance of reducing pollution and sustaining the environment for future use. Before giving in to pesticides, try this approach against creeping buttercups first.

In case you need chemical help, apply lawn fertilizer to your grass first, about two weeks before using selective weed killers. This will improve results than using weed killer directly. Vinegar is also an excellent organic herbicide, without the harmful side effects. These applications are most effective when the weed is still actively growing, particularly between the leafing stage and flower growth.

Administer the selective weed killer on a dry and sunny day once the morning dew has dried. Usually, you need to implement two to three applications of weed killers during six-week intervals to completely eliminate the threats to your lawn. As with any chemical product, always read the instructions carefully and follow them to the letter.

Since creeping buttercup flourishes in moist areas, you could successfully expunge it by cultivating frequently and vigorously during hot weather. Keep in mind that its roots reach up to 25 cm deep so shallow digs won’t do you much good. Small patches of buttercups may be easily removed manually, although they should be gathered up to prevent them from rooting again. The creeping buttercup is also known to re-sprout quickly when mowed with frequency. Instead, cut it twice a year or till regularly to produce more favorable results.

The creeping buttercup is a formidable foe similar to those that appear in slasher movies. Although it isn’t as poisonous as its relatives, as several animals eat its seeds and leaves without suffering any ill effects, that doesn’t make the Ranunculus repens any less of a creep. As with most creeps, the best way to deal with this one is to take action right now. If you enjoy reading this article, you’ll surely enjoy how to pull weeds.