How to Get Rid of Caffeine Addiction 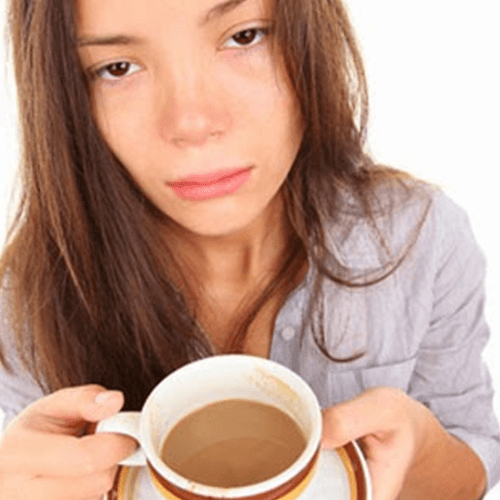 Jump-start your way to a caffeine free life!
A caffeine addiction can be a serious problem. While caffeine is a stimulant, many people do not see it in the same way as smoking tobacco or drugs, or drinking alcohol. While this is the case, some people suggest that giving up caffeine is even more difficult to do than giving up nicotine. Over a long period of time, caffeine (whether through coffee, energy drinks, or teas) creates a dependency where many people rely on this stimulant in order to function in their everyday activities. This article will provide advice on how to get rid of a caffeine addiction by providing two basic strategies, the “cold turkey” method of cutting it out altogether, and the slower strategy of cutting back on caffeine over a period of time.

While “quitting cold turkey” is often a phrase used to describe people who are quitting smoking, it also applies for caffeine, because many of the symptoms that are experienced in both are similar. Getting rid of caffeine altogether is very difficult. By not allowing it into your body, however, you get a good sense of how caffeine effects you and how it influences the way your body functions.

If you are giving up caffeine with this method, it is best to plan ahead. Driving may be out of the question as it is very possible you will be too tired to safely do so: this is NOT the caffeine crash you want to be involved in. Be sure to have a supply of food, water, and for severe cases, pain medicine with you.

For many people this is a difficult process. If you plan on getting rid of caffeine immediately, it is suggested that you should not have any major plans or responsibilities for at least a few days afterwards. The withdrawal symptoms can be harsh, and can make normal tasks and functions very difficult if not impossible for some. Try taking some time off!

Tell your boss or your family members before you start this method. It will almost certainly make you perform at a level well below your usual standard, at least for a small period of time. In order to hopefully avoid any bad relations in your professional or personal life, it is best to tell others of your plans beforehand. They will be more likely to offer advice, and will understand when your actions change very suddenly during the withdrawal time.

In order to avoid temptation, it can also help to try this method with a friend or coworker so that you can encourage each other to stay away from caffeine together as a team. Having more than one person to quit with is a great idea; why not see if you can make it work for you!

6. Make sure to get enough sleep.

For those who drink caffeine twice or more a day, it may be necessary to sleep for extended periods of time as the body is not used to a lack of stimulant. With many caffeine addicts, the body was not getting enough sleep per night anyways. A big problem with caffeine addicts is that they will use caffeine as an excuse to sleep less and work unhealthy hours – and NOBODY has time for that!

Another way to give up caffeine is the weaning method. This is a different approach because instead of giving up caffeine all at once, you instead get rid of it slowly. This makes withdrawal symptoms less of a problem, and you will be less likely to need pain medication to deal with headaches that often happen if you quit cold turkey. While this approach is less of a shock, it of course takes a longer period of time, because you will continue to have caffeine in your system (but hey, sometimes you just have to have it! No judgment here).

It is also very hard to cut down slowly, as it is tempting to have another cup of coffee or another can of energy drink if you have already had one. For coffee, it is generally suggested that a quarter cup should be cut out per day, half an energy drink every two days, and one cup of tea every two days.

This approach is used by those who do not like the idea of being unable to function normally for several days in a row. While it takes a longer time, it is much less likely that you will need to take time off of work, and for the most part you will likely be able to do the same things as normal with less of a shock to the system.

It is much easier to ‘cheat’ this way, however, as you continue to have access to the caffeine which was the problem in the first place.

Still not convinced? Understandable. But here are some other things to consider as well that you may not have thought of. How is caffeine affecting your personal life, and your personal HEALTH? As with other stimulants, over a long period of time caffeine may begin to effect your health, especially your heart, and because of this it is necessary from a health and safety point of view to get rid of caffeine altogether. If this is the case, the cold turkey method is the better method to follow.

It is unnatural to keep the body amped up on caffeine with sleep suffering as a result: think of this for yourself down the road. Do you want to be hooked on caffeine for your ENTIRE LIFE? How will this make you feel when you are older? Chances are, not very good!

In serious cases, heart palpitations caused by caffeine can have a highly negative effect on your quality of life, the physical activities you can perform are no longer the same, and generally you will feel very uncomfortable. That is no way to live!
Medical Disclaimer: In serious cases where these strategies are not successful, it may be necessary to find help at groups similar to Alcoholics Anonymous to help cope with the effects of caffeine. You can use different website to find others who are struggling with caffeine addiction as well.