How To Get Rid of Car Rust Spots

Posted on: November 21, 2008 Posted by: Nicole Harding Comments: 1
Tags: How To Get Rid of Car Rust Spots 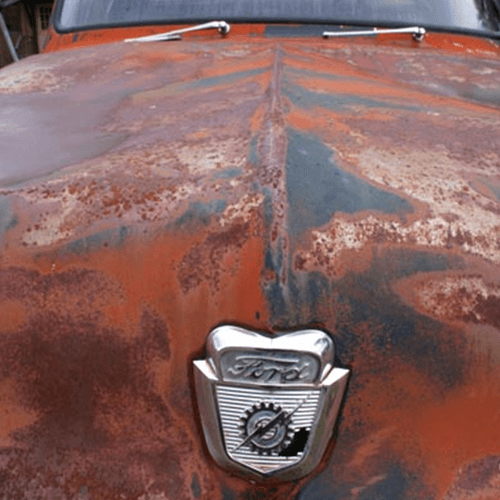 A car is a car is a car, right? Well, for some people it’s not. A car is one of those big investments you can make that is not only functional and necessary, it also makes an impression on you. Most people treat cars as an extension of themselves; the flashier and more expensive the car, the greater their statement, which usually is “I am very successful; envy me”. Some people also glibly think that a car is an extension of someone’s ego. Whatever people think about cars, the fact remains that it is both a valuable commodity in today’s modern times as well as a great fashion and extravagance statement.

It is not to say, though, that owning a car does not come with its own problems. One of the most common headache inducers car owners have is rust. After all, few things are as troubling as seeing an ugly brown spot on your otherwise perfect Ferrari. Aside from being a sign of degradation, rust can also cause failures by forcing apart the adjacent parts in a phenomenon that is known as “rust smacking”.

When The Going Gets Rust…

Rust is the formation of iron oxides, usually red ones, formed when iron reacts with oxygen in the presence of water or air moisture. There are several forms of rust and they form under different circumstances. Rusting happens when water molecules penetrate the microscopic pits and cracks that are found in any exposed metal. The hydrogen atoms that are present in the water combine with other elements to form acids. The acids will then eventually cause more metal to be exposed. Meanwhile, the oxygen atoms in water combine with metallic atoms to form the destructive oxide compound. As the atoms combine, they also weaken the metal, making the structure brittle and crumbly, forming the familiar rust you see.

While the term is most commonly used for the corrosion of iron and its alloys, other metals also have an equivalent form of corrosion. The corrosion time also varies according to the metal; for example, aluminum corrosion is extremely slow because the resulting aluminum oxide forms a coating that protects the remaining aluminum. Given sufficient time, oxygen, and water though, any iron mass eventually converts entirely to rust and then disintegrates.

There are many reasons why rust is bad. Beyond the obvious superficial problems it causes, far more important are the structural effects. Rust makes metal weaker by replacing the strong iron or steel with brittle flakes and powder. In cars, this means a danger to safety, as a car’s brake caliper is commonly made of iron. Rust also glues together two parts that are supposed to slide or turn; this is most common in old houses where the hinges are sometimes rusted shut. Aside from this, rust can make holes in sheet metals; in cars, it is not uncommon to find rusty car mufflers with holes in them. If you have a metal equipment that has a magnetic capability, rust will make it less effective. Lastly, rust is an insulator, so if the metal or equipment needs to conduct electricity for an important task, rust severely degrades its efficiency.

Get Rid of Rust

No one wants to see an ugly smear on their cars. The problem is if you’re living in a place with moist climate and environment, then chances are your car will get rust no matter how careful you are. In such cases, you can do the following steps to get rid of that rust spots and repair rust damage as well.

Rust is like a disease to the car, so the sooner you take care of it, the sooner your car will get better. If you’re not too confident in your skills of removing rust, then have it checked in an auto-repair shop. Bottom line: get rid of the rust, and fast!

* After scraping, sanding and coating your vehicle, and removing its rust problem, you can now change its overall look by giving it an eye-pleasing paint job. Here are tips on how to paint a car properly.

Click here for more information on how to get rid of car rust spots.