How To Get Rid Of Carbuncles

Posted on: November 25, 2008 Posted by: Nicole Harding Comments: 1
Tags: How To Get Rid Of Carbuncles 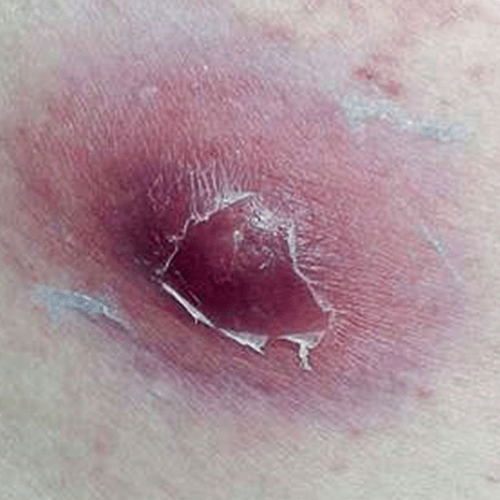 Back in 1984, Prince Charles of Wales described the proposed Sainsbury Wing extension of London’s National Gallery as “a monstrous carbuncle on the face of a much loved and elegant friend.” The quote has since become famous and it has come to be used to describe architecture that is a blight to its surroundings.

While using an infection like a carbuncle to describe a building can be quite harsh, the prince’s metaphor is really spot on, so to speak. After all, having a carbuncle growing on the back of your neck isn’t exactly attractive.

Anatomy of a Carbuncle

A carbuncle is a skin infection that is larger than a boil. Usually, it has one or more openings that drain pus onto the skin. The most common cause of a carbuncle infection is the Staphylococcus aureus bacteria, the same bacteria responsible for boils. Since a carbuncle is just a meaner and larger version of a boil, the formation of a carbuncle is also the same. It forms when one or more of your hair follicles get infected by the bacteria. Normally, the bacteria inhabits your skin and sometimes, the throat and nasal passages. However, when the skin gets cut or scratched, there’s a chance that the bacteria can enter through it, starting the infection. When this happens, your body sends out specialized white blood cells called neutrophils to fight the infection. Inflammation occurs and the mixture of white blood cells, dead skin cells, and bacteria form to become the pus—the aftermath of the battle.

A carbuncle is made up of several skin boils. The difference between a carbuncle and a boil is that the former causes a deeper and more severe infection than the latter. Also, carbuncles tend to develop more slowly, and heal slower as well. They are also likely to leave a scar, especially if you scratch them during the height of the infection. They are most common on the back and on the nape, and men are more likely to develop them than women. Like boils, carbuncles are contagious, and several family members may develop the infection at the same time. A carbuncle’s size can range from a pea to the size of a golf ball, depending on the severity of the infection. When touched, it can hurt.

Sometimes, a carbuncle can be accompanied by an onset of fever and fatigue. Such a development usually indicates that the infection is bigger than originally thought and may require medications and other medical help to heal.

Getting Rid of Carbuncles

Since carbuncles are really nothing more than boils on steroids, the same steps you will use to get rid of boils will also be applicable to treating carbuncles. Normally, however, a carbuncle will usually resolve by itself after a week or two. Here are some remedies and tips you can do to speed up the healing process and alleviate symptoms:

Since carbuncles are generally contagious it’s always a good idea to make sure that your family members are also not suffering from it. If your members are carriers and you don’t know it, you might end up in an endless cycle of carbuncle infection. Don’t share towels or clothing and make sure that everyone washes themselves properly, and ensure that everyone gets a bacterial culture. Carbuncles are not life-threatening but they are very unsightly. Keep your family free from its ugliness by practicing healthy living.

Click here for more information on how to get rid of carbuncles.