How to Get Rid of Chlamydia 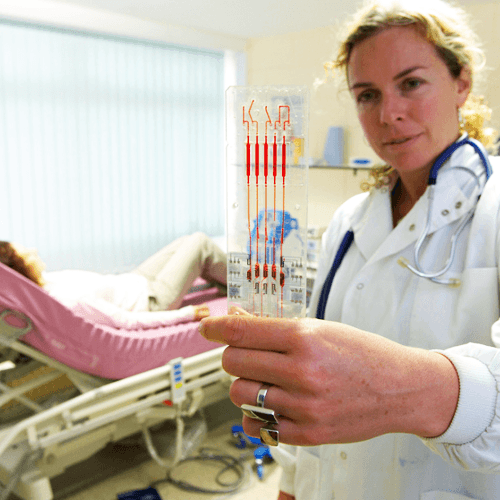 Chlamydia and its Symptoms

Chlamydia is one of the most common sexually transmitted infections. Fortunately, it is also one of the more easily treatable ones. You don’t need any expensive medications or tests to get rid of it. Most cases of chlamydia disappear one to two weeks after the start of treatment.

The bacterium that causes chlamydia is called Chlamydia trachomatis, which is naturally found inside human cells. Like all sexually transmitted diseases, the most common method of transfer of the infection is through sexual contact, whether vaginal, anal or oral. It infects the urinary tract, so it can affect both sexes. Transmission is not solely relegated to sexual practices, though. Pregnant women can also transfer the infection to their child during the delivery process, causing either pneumonia or an eye infection to the baby. As such, pregnant women should have themselves checked for the disease even if they are not showing the usual symptoms, as chlamydia can prove fatal to a newborn baby.

Chlamydia can be very difficult to detect at first because people who have contracted this infection, especially women, rarely show any symptoms until it’s too late, usually one to three weeks after exposure. When the symptoms do show, they are usually fluid discharge from the penis or the vagina. There is also a burning sensation that is felt whenever urinating, some fever and nausea, and lower abdominal pain. For women, there might be pain during sexual intercourse and for men, testicular pain might be felt. An infection of the cervix (known as cervicitis) is usually the most common sign of the infection in women.

For women, chlamydia is considered to be very harmful to the fallopian tubes. It can also cause pelvic infection, developing into a pelvic inflammation disease for about 30% of affected women if not treated.

Getting rid of chlamydia isn’t particularly hard; in fact, it is one of the easier STDs to get rid of. Probably the only hard part to the treatment is the embarrassment of getting checked by the doctor or buying the prescribed medicine in a pharmacy. After all, chlamydia, like all sexually transmitted infections, still holds a certain stigma in society.

See a doctor or a physician for a correct diagnosis. This is important for several reasons: one, chlamydia is not easily apparent in the earlier stages. In fact, almost half of those who have chlamydia do not know that they do until three weeks after contraction. If you’re a sexually active person, it is advised that you get check-ups regularly. That way, the disease can be treated as soon as possible.

The second reason is that chlamydia shares similar symptoms with other sexually transmitted infections. Seeing a doctor or physician will properly confirm if what you have is chlamydia or something that is much more serious. Your doctor can then prescribe the correct medicine for you to treat your infection.

There is also a chlamydia NAAT test that generally requires your urine sample. More men might prefer this method as it doesn’t involve any invasive procedures. The test will scan the sample’s genetic structure for any strains of the Chlamydia trachomatis bacteria. The test is accurate and quicker than the culture swab method.

Treat chlamydia with antibiotics. Since chlamydia is caused by a strain of bacteria, the prescribed medication for it is antibiotics. A single dose of azithromycin is a recommended choice, although this can be really expensive. There is also doxycycline, which is taken twice daily for a period of one week. The other antibiotics approved by the Centers for Disease Control and Prevention (CDC) are tetracycline and erythromycin. Be sure to abstain from any form of sexual activity during your recuperation period.

Frequent washings using antibacterial soaps are also recommended, especially after any sexual activity. Proper hygiene can go a long way to limiting the spread of the bacteria.

Tell your partner or partners to get checked for chlamydia. Once you’ve been diagnosed and treated with chlamydia, make sure that you tell your partners or anyone you’ve had sexual contact with to get checked for the infection as well. Even if they have not shown any symptoms, chlamydia does not manifest itself immediately, so they may already have it and not know it. In this way, the spread of the infection can be halted, lessening the risk of anyone else getting the disease.

Even though chlamydia is easily treatable, there is still no better way to get rid of it than by not getting it in the first place. Prevention is still the best cure, and the best way to prevent getting chlamydia is to abstain from sexual activities. Of course, not everyone can have the will to do this, and for most, the sexual urges are just too much. If this is the case for you, then be sure to always engage is safe sex. Condoms, while not exactly foolproof, will limit your risk of getting any sexually related infection. Latex condoms for males and polyurethane condoms for women should be used during every sexual encounter, especially if your partner is someone whom you just met. Condoms also lessen the risk of pregnancy, as well as minimize contraction of other infections.

Having multiple partners greatly increases your risk of getting chlamydia, or any other sexually transmitted diseases. Limiting the number of your sexual partners is obviously a good way of avoiding this risk. Make sure that you know the sexual history of each of your partners as much as possible; the less people they’ve had sexual contact with aside from you, the better. Better yet, only have one partner at a time. Exclusivity is not necessarily a bad thing, as it also fosters trust and that sense of specialness and love that is necessary for any romantic relationship.

Click here for more information on how to get rid of chlamydia.