How to Get Rid of Cigarette Smell On Clothes

Posted on: January 6, 2009 Posted by: Nicole Harding Comments: 0
Tags: How to Get Rid of Cigarette Smell On Clothes 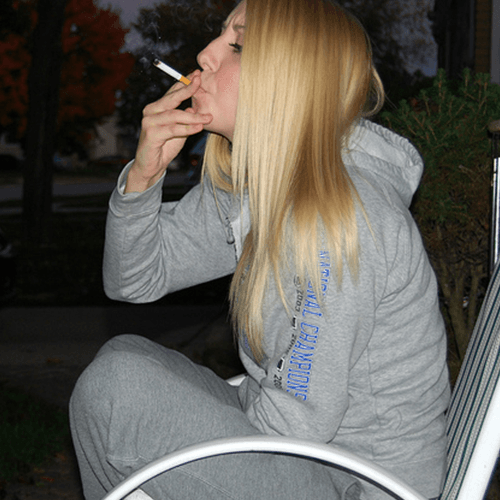 “You smell like cigarettes again!” That’s a line you probably heard from your mom when you come from an all-night drinking party, or your partner when you promised you’ll quit the bad habit but can’t resist a puff. Cigarettes may feel good, the taste takes a bit of getting used to, but the smell that lingers on your clothes is not something that you’ll want to have for long.

For teenagers experimenting with tobacco, cigarette smells are a total drag. For chain smokers, smoke smells that linger on clothes don’t smell nice. You can tell a smoker from the clothes he or she wears. It doesn’t matter if the cigarette is flavored, filters, lights, or menthol; there’s just no way you can hide the smell of cigarettes. In a pinch, the best you could do is to mask the strong odors of cigarettes. Here are some ways that you can get rid of cigarette smells on your clothes.

The smell of cigarettes is not harmful or cancer-causing, but it can irritate the nasal and respiratory passages. For asthmatics and for people who suffer from sinusitis or rhinitis, stale odors from cigarettes can irritate the sensitive membranes inside the respiratory system. Sometimes it’s not the smoke itself that causes the problem, but the sweat and other odors from a smoker’s body which make their way to clothes. (Learn how to get rid of asthma)

Like any lingering odor on clothes, the best way to get rid of cigarette smells on any article of clothing is to wash it. Cigarette smoke is a particularly strong odor, and you may need to resort to stronger washing on your washing machine to get rid of the odor. Check the washing instructions of a particular article of clothing before washing it.

In a pinch, many cosmetic items can mask the odors of a day’s worth of smoking:

Bear in mind that cosmetics and sprays will mask odors temporarily. The perfume will eventually wear off, and your clothes will pretty much smell the same way they did when you last smoked. Remember that if you use too much cologne or alcohol or spray, people will suspect that you’re trying to hide something, and it only takes a look at your teeth and fingernails for them to know that you had a few cigarettes to smoke.

Another reason why clothes smell like cigarettes is when you keep open cigarette packs inside your pockets. Some of the shredded tobacco leaves may make their way out of the open pack, and eventually settle at the bottom of your pocket. On shirts and coat pockets, these pieces of tobacco cannot be easily removed. To prevent this from happening, it helps to keep your cigarettes inside a cigarette case.

Cigarette case can be bought from stores or tobacco specialty shops, and some cigarette manufacturers may give away cigarette cases as promotional items. When choosing a cigarette case, make sure it locks securely and holds your cigarettes in place. Don’t worry so much about losing some of the flavor; a tight case keeps the flavor and aroma of cigarettes even better than a flip-top box.

Many smokers profess that if you can’t handle the smell of cigarette smoke clinging to your clothes, then you might as well not smoke at all (see how to quit smoking). Just because you smoke doesn’t mean that you should give up all hope of smelling good and feeling good. With these ways to get rid of cigarette smells, you never have to make the excuse that you were stuck in a stuffy place filled with smokers again. For more information regarding this article, read how to get rid of cigarette smell.