How to Get Rid of Coughs 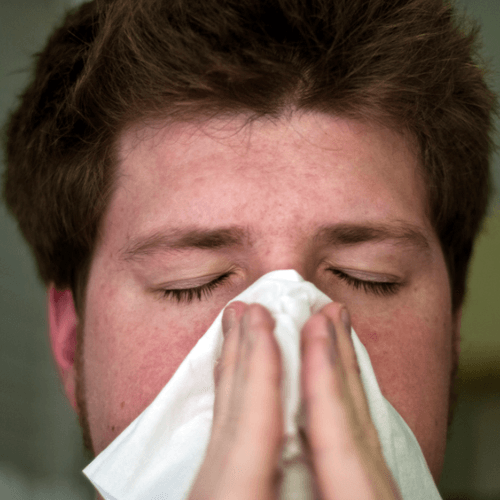 Nothing is more irritating than someone coughing continuously, especially if you’re trying to focus on a particular task. It is even more annoying if the cough is the wheezing, dry type. You can’t help but cringe every time it splits through the air, giving you visions of crumpled lungs. You can almost feel the sufferer’s pain.

Coughing is the body’s way of clearing out any irritants that might be blocking the breathing passages. Most often, a cough is used to clear out any phlegm that might have built up in the trachea. Coughing can also be caused by any small food particles that might have gotten into the trachea rather than the esophagus. Coughing is not usually a cause for concern, but if you’ve been coughing non-stop for a long period—like three weeks, for example—then it is strongly advised that you seek the help of a doctor or physician.

Coughs are generally classified in two types: dry cough and productive cough. How you get rid of your cough will depend on what type of cough it is, as there can be several specific methods used for the treatment of each.

Dry cough is a cough that does not spew out phlegm, mucus or any other irritants from the lungs. It can come out raspy and can be painful. Most of the time, dry cough is chronic in nature and is usually caused by smoking, dust, foreign matter, pollution or asthma. Climate control systems in buildings can also induce dry coughing, as the heating and cooling system dries up the air and your respiratory membranes. Dry cough can be very annoying, especially if yours happens late at night because it prevents you from getting a good night’s sleep. Fortunately, there are several things you can do to get rid of this kind of cough.

Drink plenty of fluids. Most of the time, dry cough is due to mucus that’s too sticky to be dislodged by a normal cough. Drinking fluids can help loosen the mucus in the chest, allowing it to be released the next time you cough.

There are some home-made cough remedies you can take to ease your coughing fits as well. Ginger tea (and most herbal teas, for that matter) is recommended by most people to alleviate dry cough. Aloe vera juice mixed with honey is a popular prescription as well.

Adjust to your surroundings. If your building’s air conditioning and thermal system is to blame for your cough, dress in layers so you can easily adjust to temperature changes. Also, when the building turns the air-conditioner on full-blast, take in hot liquids and warm food. This should help you fight against the chilling cold drafts as well as keep you moisturized. When the heater is turned on, drink warm liquids and take in more fruits and vegetables. Avoid cold beverages, as they reduce your ability to conserve heat when the environment turns cold or to cool off when it’s warm or hot.

Use suppressants. Suppressants are medicines you can take that suppress the cough reflex and even prevent it. Suppressants are only used for dry cough and should not be used if you’re coughing up mucus or if your cough is chronic. When choosing a cough suppressant, look for one with dextromethorphan in it, such as Robitussin or Vicks. Some over-the-counter cough medicines do not work as well, so it is always important that you ask your physician what kind of cough suppressant you should get.

Use lozenges. There are some lozenges like the slippery elm lozenges that are loaded with gel-like substances that help coat the throat and keep your coughing to a minimum. You can usually find these lozenges in some health shops or online. You can also keep some peppermint candy handy and suck on one when you feel the onset of a cough.

Take a warm bath and shower. The steam in a warm shower or bath will help hydrate your irritated throat passage. Stay in the shower for at least several minutes while breathing in the warm steam. This can have a therapeutic effect as well.

Use cough expectorants. Expectorants are drugs that help loosen the mucus or phlegm in your respiratory track, allowing you to cough it up easier. Use cough expectorants with guaifenesin or bromhexine. As always, it is best to ask for advice from your physician before you buy any over-the-counter drugs for your cough.

Whether you have dry cough or productive cough, here are several steps you can take to get rid of it.

Quit smoking or avoid those who do. Smoking is bad for your health – everybody knows that. Smoking also damages the cilia in your lungs, which makes it harder for you to get phlegm and mucus out of them. Smoking also exacerbates any respiratory problems you may already have, making your cough the least of your worries. Second-hand smoke (inhaled from others) is just as bad. (Learn how to quit smoking)

Check for possible allergies and treat them. There’s a possibility that your cough is caused by allergens you got from your surroundings. Find the cause of the allergy and then remove it so that you can get rid of the cough. (Tips on how to reduce allergens in your home)

If your cough still persists for weeks even after using these tips, visit your physician as soon as possible. There’s a possibility that you may have a serious respiratory issue. Check the kind of mucus you’re spewing out as well, as it can be a good indication of whether your cough is the symptom of something that is more serious or not. As they say, the best cure for anything is prevention. If you enjoyed learning this article, you’ll probably enjoy reading how to get rid of whooping cough too.

Click here for more information on how to get rid of coughs.

14 People reacted on this