How to Get Rid of Crows 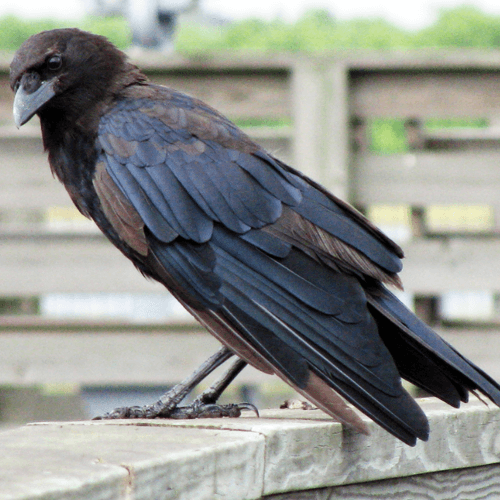 Crows have always been depicted in mythology as harbingers of death and doom. For many people however, the real problem with crows is their loud caws that disturb a peaceful sleep. Once crows flock to your yard, it’s not that easy to make them leave because they may have found an adequate food source. Some people scare crows away to make them leave, while others kill them to quickly get rid of the problem. Whatever option you choose, you must make sure that you are obeying the law and doing something that actually works.

Crows: To Kill or Not to Kill?

Make sure that hunting crows is legal in your state or country before you kill any. In the United States, there are states where hunting crows is illegal, and some states where hunting is only allowed in certain periods of the year. Obtain the proper documents if hunting is allowed in your state, and if you intend to shoot crows to get rid of them.

Another thing to consider when you’re deciding whether to kill or not to kill crows is its effect on the environment. Some people hate crows so much that they find pleasure in shooting them down, but this method of pest control might just leave your yard with foul-smelling dead birds. Scaring them away might solve the problem without doing any harm to your environment and health. In addition, killing crows is rarely the ethical thing to do, especially if they’re not considered by everyone in the neighborhood as pests. Crows are also part of the ecosystem, and other unwanted animals might multiply if too many crows are unnecessarily killed.

One of the best ways to get rid of crows is to use a scarecrow. Scarecrows are very common in large farms, but you can also build one for your pumpkin patch or yard. The great thing about a scarecrow is that it’s very effective, but it doesn’t harm the birds in any way. Follow these instructions to make your own scarecrow:

(For other ways of creating a scarecrow, Learn how to make a scarecrow)

Other Ways to Get Rid of Crows

There are many other ways to get rid of crows aside from making your own scarecrow. If you don’t want to go through the trouble of making a scarecrow, some of the methods below should help reduce or eliminate your crow problem.

How About Killing Crows?

Killing crows is not advised, but as was mentioned, you can kill crows if your state or country allows it. Contact your local government first before killing crows or any kind of bird. If it’s allowed, you may shoot the birds, but keep in mind that the purpose of what you’re doing is to scare the birds away, not to kill just for the fun of it. There are people who claim that putting a dead crow on a stake near areas where crows gather is really effective at driving the birds away. Dispose of dead birds in a safe manner to keep your surroundings healthy.

Crows may serve an important function in your area, so don’t rush to get rid of them. If you open your mind and try to see them in a different perspective, you might realize that they are beautiful creatures that deserve to be treated well. If you’re interested in reading this article, you’ll surely enjoy reading how to get rid of birds nest.