How to Get Rid of Dads Girlfriend

Posted on: October 8, 2008 Posted by: Nicole Harding Comments: 2
Tags: How to Get Rid of Dads Girlfriend 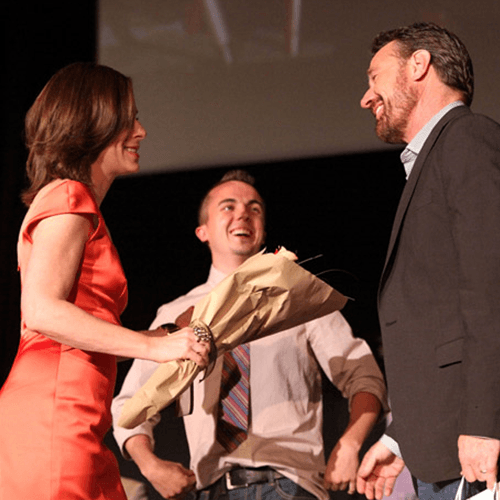 Another new girlfriend for your dad…it feels like you’ve been through this a thousand times before. Unfortunately, this one sucks more than the last three combined. She’s mean, lazy, and only in it for the money. Dad might be blinded by her good looks, but you can already tell this relationship isn’t going to work out. Do you wish you could just speed up the process and get rid of Dad’s girlfriend now? Hopefully you’re still number one in Dad’s life right now, and way more powerful than you might think. Here are eight ways to get Dad’s new girlfriend out of your life ASAP.

Before you resort to any of the more devious techniques listed below, it is strongly recommended that you be up front and honest with your father. Realize that your dad wants to have a relationship in his life, but explain to him that you genuinely believe she isn’t the right one.

Emphasize that his relationship is hurting you, and discourages you from being around him as often as you would like. This will surely tug at his heartstrings. If your dad doesn’t care about what you think though, keep reading for some great ways to take matters into your own hands.

Remember that time that Dad came home so drunk that he threw up on you in bed while attempting to express his affection? These are perfect instances to share with your Dad’s new girlfriend in motivating her to question their relationship. How about the time Dad told you that you should never trust a woman?

Classic quotes like these will surely make Dad’s new girlfriend skeptical about their new relationship. You’re going to have to abandon your moral compass on this one; but it will all be worth it in the end.

The more you prank Dad’s new girlfriend, the more likely she is to hate you and leave your family for good. Ditch the lovable got-your-nose level crap; you have to think deep and mean if you really want to drive her away for good.

Consider hiding her car keys somewhere in the house. You could lace her shoes together every time she takes them off in your house. The possibilities are truly endless when it comes to devious pranks to pull on Dad’s new girlfriend. You might want to be discrete about these pranks, however, so that you don’t end up in too much trouble! You don’t want to drive your Dad away in the process.

If the pranks aren’t enough, you’re going to have to be a straight-up mean person every time you interact with Dad’s new girlfriend. This might be difficult if you aren’t terrible by nature, but consider playing the part just to achieve the end result.

Tell her you don’t like her. Emphasize that her cooking sucks. Be confident and evil. The meaner you are, the more likely she’ll never come back. You’ll always be number one in Daddy’s heart.

If you’ve pranked and insulted this woman as much as possible but she just won’t leave, it’s time to take things to another level. Stealing on a mass scale is not a good idea, but minor thefts can be an excellent way to deter Dad’s new girlfriend from ever stepping foot into your house again.

Consider starting with small articles such as shoes, glasses, and other articles of clothing. If things get really bad, try stealing her money. The more it is known that you are stealing from her, the better.

If you’ve tried everything, but Dad’s new girlfriend just seems to ignore you because she’s so in love, you’re going to have to make it look like your Dad himself doesn’t like her.

This level of plan takes a little more deliberation, but if successful, should be extremely gratifying to pull off. You’re going to have to play the part of the innocent bystander who gives your dad and his girlfriend false instructions. Screw up their schedule together as much as you can. Mislead both of them into thinking their dates are at inaccurate times or places. They will likely get frustrated in a hurry and their relationship might turn rocky in a hurry.

If worst comes to worst, you can always lie about your state of well being to your father. Tell him that you miss life before he spent all of his time with the new girlfriend. Play on his emotions until they break.

Try ditching school, hanging out with hood rats, or crying all day in your room. If your father thinks that you’re really that upset with his new relationship, he will undoubtedly ditch it for your benefit. If you’re going to take this route, it is strongly recommended that you are extremely nice to your father after he breaks up with the girlfriend you hate so much. It will likely be hard for him to break up with someone he cares about, and he will likely be upset with you for giving him such a hard time.

Maybe you aren’t Denis the Menace, but you seriously hate this woman but there’s nothing actually wrong with her and your dad’s relationship. You’re the problem here. Maybe you can’t accept her because she’ll never replace your mother. Who is to say? Luckily, there’s counseling for people like you that can’t cope with change in their lives. Strongly consider if this is your problem, or your father’s.

You can follow any of the above techniques to get rid of Dad’s new girlfriend. Before you embark on any of them though, seriously consider if your father is happy about his relationship. If he is, then stop being so selfish. Love and acceptance will get you through anything, but only if you let them in your life.