How to Get Rid of Erectile Dysfunction

Posted on: May 25, 2008 Posted by: Nicole Harding Comments: 1
Tags: How to Get Rid of Erectile Dysfunction 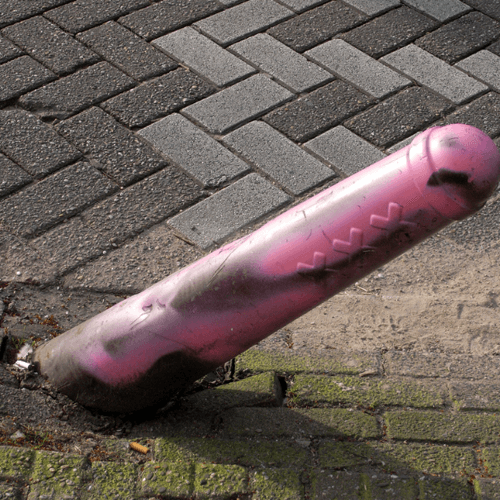 Men will always have to prove their masculinity. Be it through sports, war, or just simple thumb wrestling, any man is honor-bound to assert his manhood. Maybe it’s the whole male ego thing, but it seems that to a man, constantly proving his manhood is something that is right up there with anything that is a matter of life and death. Perhaps this whole machismo thing that seems to permeate society is embedded to the male DNA. Whatever the case, a male’s proof of manhood is directly proportional to his self-esteem. To show weakness is to be shunned by the male brotherhood. To this end, nothing drains self-esteem faster than the words “erectile dysfunction.” To many men, that might as well mean “I’m sorry, you will die very soon.”

There are a lot of euphemisms that have been made to refer to erectile dysfunction. Phrases such as “having a whiskey dick” or “the flag not rising to the pole” are all veiled attempts to soften the impact this condition has on the male psyche. It is not surprising because, until recently, the topic of erectile dysfunction has been a taboo subject; such topics are rarely discussed even among men, much less admitting that one has it. The result has been that most men tend to keep their conditions to themselves, even though erectile dysfunction is treatable and at times, important as it can sometimes be the symptom of something much more serious.

The process of male erection is due to several factors working together. Brain functions, male hormones, muscles, nerves, blood vessels, and emotions all work together to make that lump of meat and tissue in the man’s groin stand at attention. When the penile shaft is stimulated, there are two cylindrical sponge-like tissues called the corpus cavernosum that become engorged in blood. Blood flow to these cylinders only happens when their muscles are relaxed – a process that only happens when the nervous system releases a chemical called nitric oxide. As long as arousal is maintained either through physical (stroking) or neural (erotic or emotional) stimulation, a higher rate of blood flow is maintained in the penis while, at the same time, blood flow out is limited. When the sexual excitement passes, usually after ejaculation, blood is then drained out and the penis returns to its normal size.

As you can see, there are a lot of things that factor in during the erection process. While erectile dysfunction is always vascular-related in nature (which is to say, a shortage of blood to the penis), it is usually the result of one or more of the processes getting interrupted or not functioning that contributes to the vascular failure.

In the past, it was thought that erectile dysfunction was purely a psychological problem, but recent studies have shown otherwise. While it is true that emotions and thoughts always play a role in erectile dysfunction, physical factors such as underlying chronic health problems or medication side effects are also contributing factors to not having an erection. Common physical causes of erectile dysfunction include an underlying heart condition, obesity, diabetes, and any metabolic syndrome. Some prescriptions and medicines can also cause men to not have an erection, as well excessive tobacco or cigarette use, alcoholism, and drug abuse. Psychologically, people who are always stressed, depressed, or fatigued can have trouble maintaining an erection. Psychological and physical factors are intertwined. For example, a physical condition that prevents a man from getting a sexual response right away might cause him stress or anxiety in maintaining an erection. It can, in turn, lead to a worsening of the erectile dysfunction.

Back in the 1990s, a blue pill called Viagra was introduced successfully to the market. It was aimed to help men with problems maintaining their erection. Since then, there have been a couple of other medications that have been used to treat erectile dysfunction. Known chemically as phosphodiesterase inhibitors, medications like Cialis and Levitra are all orally taken to help fix the problem.

All three medications pretty much work the same way. They all enhance the effects of nitric oxide, the chemical in your body that helps relax the corpus cavernosum. Once the muscles are relaxed, blood can freely flow in, initiating the normal response that occurs when sexual stimulation is given. Contrary to common belief, the medicine itself does not cause an erection to occur; rather, it paves the way for an erection to happen.

Although these medicines are effective, they are not for everyone. For example, people who have severe heart problems should not use them. The same goes if you have low blood pressure or uncontrolled diabetes. If you’re also taking some other medications like anticoagulants, taking these medications can worsen your condition.

A drug called Alprostadil is also used to treat erectile dysfunction. A synthetic version of the hormone that helps relax the penis muscle stissue, alprostadil can be applied two ways. One is through needle-injection therapy, by which a fine needle is used to inject the medication into the side or the base of your penis. Since the injection goes directly to the corpus cavernosum, this type of treatment is very effective for most men. It is, however, prohibitively expensive and there could be side effects like bleeding or prolonged erection.

Alprostadil can also be self-administered using intra-urethral therapy. Using this method, a small alprostadil suppository is inserted into the tip of your penis, about two inches into the urethra, using a disposable applicator. Aside from being uncomfortable, side effects include minor bleeding in the urethra or dizziness.

Use mechanical applications. Penis pumps are hollow tubes with a hand or battery-powered pump that is placed over the penis and used to suck out the air. The resulting vacuum pulls blood into the penis; once erection is achieved, a tension ring is slipped at the base of your penis to maintain it.

Ask your doctor about the current medications you are taking. A study has recently concluded that of the 12 most common medications being prescribed today, eight have “impotence” as their side effects. The most common impotence problems being reported include conditions that use SSRI, a very common anti-depressant drug, as the medicine.

Exercise. In a study about erectile dysfunctions in obese men, it has been found out that increased physical activity like aerobics or exercise cured 31% of erectile dysfunction problems. Keep in mind that exercise is also coupled with a good diet. The combination is a good way to increase your sexual potency.

Keep your stress level to a minimum. Stress and anxiety can make you lose focus on things. It is not uncommon that a man, stressed and worn out from work at the end of the day, usually does not have any drive left for anything else. Stress cuts off your libido, as you are more focused on the stressor instead of anything that is erotically stimulating. Stress also increases your irritability, sapping away your sexual mood instead.

Consider surgery. There are surgical procedures that can help fix your erectile dysfunction. Vascular surgery, for example, is used to treat blocked blood flow to the pelvic area, specifically the penis, due to an injury. Penile implants involves placing a device in your penis that allows you to get an erection for as long as you want. The device is inflatable and there are semi-rigid rods to keep your penis in a rigid state.

Erectile dysfunction is an embarrassing condition, but the fact that it is treatable makes it that much tolerable. As long as you keep an active and healthy lifestyle, you should have a strong and long sexually active life ahead of you.

Click here for more information on how to get rid of erectile dysfunction.