How To get Rid of Fin Rot 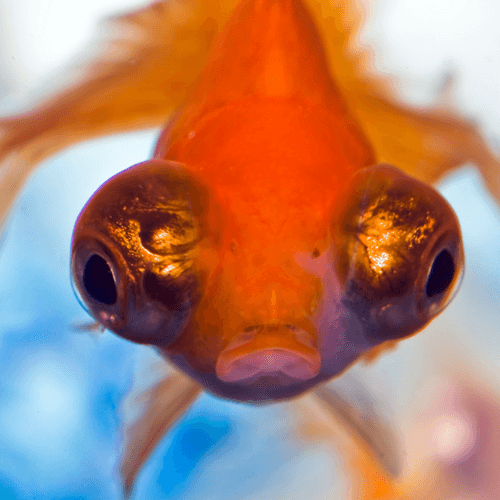 One of the marvels of pet fishes is their awesome fins. The so-called “fairy fishes,” like Ryukin goldfish, bettas (or fighting fish), lion fish and angel fish, all have long, colorful fins that make them popular choices among aquarium owners.

For any fish hobbyist, nothing is more frustrating than watching the fins of their well-cared for fish gradually lose their beauty due to some kind of “fish baldness.”

There is a difference between fin loss and fin rot. Just like the concept surrounding the loss of human hair, fin loss may either be caused by an infection or an improper lifestyle.

Fin loss is any physical damage on the fins caused by any force that tears into the fin tissue. It can be due to a snag, fin-nipping or by damage caused by sharp tank decorations.

Fin rot is a fish disease primarily caused by gram-negative rod bacteria. It results in tattering, blackening and, in severe cases, the fins get bloody. When left untreated, the fish may lose all its fins, which can also kill your pet fish.

Before you start pulling your hair out in fin loss frustration, you must know the facts about simple fin loss. You don’t want to endanger your fish by resorting to fin rot medication without knowing if it’s infected the first place.

Aesthetic fins of aquarium fish are innately soft and fragile, which is why the signs of normal “fin loss” are just splits or pin holes on fins. Since this doesn’t involve any pathogen, it can easily be fixed and avoided. Here are some useful steps to take.

Tank décor – Aquarium décor can be too sharp for your fish’s comfort. Decorations like sharp rocks, driftwood and plastic plants can easily cause fins to snag, which can cause damage.

You can also file down or remove the sharp parts of these tank decorations. It’s best if you can use live plants or silk plant decorations instead of plastic ones.

Fish compatibility – Never combine your fairy fish with fin-nipping ones. Many pet fish prey on fins and they are very quick and aggressive. A classic example is when a betta is combined with barbs and tetras.

If you happen to catch a fish nipping on the fins of your fairy fish, you have to move the perpetrator immediately to allow the victim’s fins to heal quickly. Fins that are nipped by other fish are susceptible to infection. Don’t allow more fish-nipping to complicate the situation.

Clean the water – The fins of fairy fish can heal very quickly without any tank additives or medication. You just have to keep the tank water clean whenever these injuries occur so that infections don’t develop.

Fin rot is very common in tanks that are “uncycled” (like goldfish tanks), since they expose the fish to toxins such as ammonia or nitrite.

Your fish, just like other living creatures, gives off body wastes. The waste products of fish naturally convert into ammonia (NH3) that’s highly toxic to many fish. This conversion is not toxic for the fish in the sea, but in aquariums where water volume is much lower, ammonia content reaches toxic levels in just a few hours.

High levels of these toxins cause stress to fish and weaken their immune system, causing the fish to be less resistant to bacterial infections.

Fin Rot Cause and Prevention

Fish are not born to shed their fins. If you notice that their fins are disappearing at an alarming rate, then they likely already have fin rot. The rate of fin loss is fast because fin rot is a disorder of the actual fin tissues.

Another sign to look out for is blood on the fins. You don’t expect your fish to be losing fins that fast because of sharp tank decor or when there are no “fin-nipping” small fish around.

The following causes of fin rot will also give you a clear idea on how to prevent them.

Background check – Treatment won’t make any sense without getting rid of the cause. You can begin searching for the cause by examining the conditions of the tank. Check the water parameters such as ammonia or nitrite levels.

The ammonia level should be 0 ppm (parts per million) and the nitrate level must not exceed 20 ppm. There are test kits sold at fish shops that are used to measure water toxicity levels. Some fish shops offer free water testing; you just need to bring a water sample from your tank.

Fluctuations – A tank with stable pH and temperature is important to keep aquarium fish healthy. If you’re using alkaline water, keep in mind that ammonia and nitrate toxins rise much faster, which places a lot of stress on your fish.

However, experts don’t advise that you try to bring the pH down, because adjusting it causes more stress. Instead, just change the water in your tank more frequently than usual. You need to buy ammonia or nitrite neutralizers at fish stores. Read the instructions carefully before using.

Don’t overcrowd! – Overcrowding is only for dead sardines, not for your expensive betta or goldfish. Too many fish in one tank causes excessive stress and even drives peace-loving fish so crazy that they’ll nip at each other. The rule of thumb is that for big fish like koi or goldfish, there should be only two square inches of fish for every gallon of water.

Nourishment issues? – Ask yourself if you’re providing the fish with proper nutrition. Different fish species have different required amounts of vegetable matter and protein to keep them healthy and active. Are you giving your fish high quality fish food? It’s important not to serve the same fish food all the time. Many people fail to mix up the fish food for their fish.

Check if your fish food has a high ash concentration. Ash is a useless routine ingredient in fish meals that cannot be digested. It only passes through a fish, offering no nutritional value whatsoever. It’s best to look for a “whole fish meal” that has a higher digestibility. Lastly, don’t overfeed!

Fin rot treatment methods depend on its severity. If one half of the fin is still visible, clean water and careful observation is enough to treat the fish. Of course, you must religiously change the water in your fish tank to prevent the fish from toxin exposure while it heals.

When healing starts, expect to see several relapses in fin growth, because new fins are naturally fragile. Expect some new fins that slightly curl. This is a normal fin-growth pattern that in no way hurts your fish.

If you suspect that the fin rot is severe, save your fish by doing the following.

You should always start with a clean fish tank before using any fish rot medicine. Of course, all the medicine in the world won’t cure fin rot if the tank is dirty. Fin rot bacterium loves cool water, so it’s best if you can raise tank water temperature a little in the course of the treatment.

There are two main kinds of medications for curing fish rot: the anti-bacterial medicines and the natural treatment medicines.

Any bacterial disease requires an antibacterial drug. For fin rot, you will need a drug called a gram-negative antibiotic. There are many antibiotics for fish rot. The two most popular recommendations are Mardel’s Maracyn-Two (Minocycline) and, if dealing with intense fish rot, Kenacyn (Kenamiacyn). These antibiotics simply require dropping tablets in the fish tank.

Aquarium salts are a natural substance that helps relieve fish stress by aiding in gill function and also helping combat fish infections. Buy the specially-made aquarium rock salts, not table or marine salt. Dissolve the salt first in water and pour the salt water into the tank.

Poor water conditions inside a tank are the number one cause of this gram-negative bacterial infection of the fairy fish. Anyone who owns fish with beautiful fins will eventually face fin rot problems, so it’s important to know how to treat this condition.