How to Get Rid of Flatulence

Posted on: June 5, 2008 Posted by: Nicole Harding Comments: 3
Tags: How to Get Rid of Flatulence 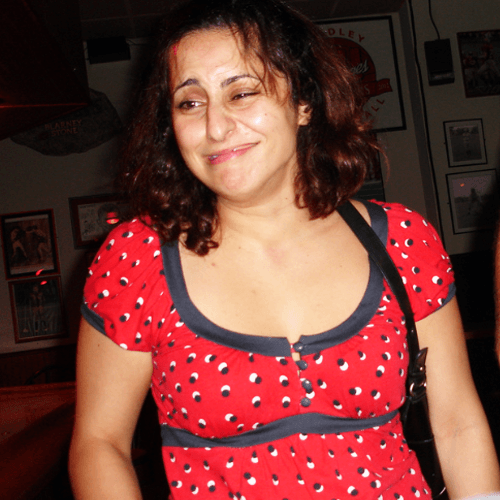 Flatulence is one of those topics you really don’t discuss in a casual conversation with acquaintances, especially if the one you’ve wanted to ask out is among them. You don’t discuss it with friends, either (unless you’re all a bunch of guys in which case fart jokes and conversations are probably as casual as discussing the weather). Flatulence is just one of those things people graciously leave out of conversations, and with good reason. Most times, flatulence leaves people in embarrassing situations.

However, the fact is that everyone succumbs to flatulence. You might say it is the leveling point of all people. The homeless man huddled up in the corner in your street experiences flatulence, just like the most beautiful celebrity you see on television or in the movies. While the properties of flatus differ from each person, they’re generally the same: gas is built up in your digestive system and your body expels it through your anus.

What, exactly, causes flatulence (also affectionately known as “farts”)? In the most general sense, flatulence is the result of excess air that you get whenever you drink and swallow food or saliva. While generally embarrassing (especially if your flatus is foul-smelling and loud), it is a very common body function. On average, a normal person can pass gas 14 to 15 times a day, although passing gas up to 40 times is generally considered normal. The gases are generally composed of the following:

The gas in your body is basically made up of 90% of the gases listed above (in varying percentages). The remaining 10% is made up of small amounts of other gases.

Gas intake via swallowing or talking is not the only way to get gas build-up in your body. Your body itself generates the gas. When you eat food, it gets digested and then gets absorbed in your small intestine. Now, in your small intestine, there are bacteria and enzymes that break down carbohydrates and protein in the food you ate. When this happens, wind gets released by your digestive system.

If you decide to change your diet, though, the bacteria in your body (which was used to deal with whatever you ate on a regular basis) will have a bit more difficulty breaking it down. The change in routine can then cause your digestive system to produce more wind than usual, increasing the gas in your body as a result. It gets worse if, on top of eating non-regular foods, you tend to overeat. Overeating causes your stomach to work faster than the usual as it breaks down the extra food, resulting in the production of more wind.

There are also certain foods that trigger excess wind. Foods rich in fiber, in particular, are very good culprits of this. While fiber is an important part of your diet, as it helps with proper bowel movement to prevent constipation, insoluble fibers take a long time to break down, triggering excess wind since the bacteria and enzyme has to work extra hard to digest the material. Also, foods like artichokes and kidney beans cause an increase of bacteria in the stomach, leading to excessive flatulence.

If you’re lactose intolerant – that is, your body can’t properly process products containing lactic acid, such as milk and dairy – your body might also have trouble maintaining a normal production of gases. This is particularly true if you’re of Asian, Native American, or African descent, as these particular ethnicities naturally have low levels of an enzyme called lactase that is needed by the body to process lactose.

Finally, certain medical conditions can cause flatulence, like irritable bowel syndrome (IBS), celiac disease, gastroenteritis, a thyroid disease, or a blockage in your intestine.

Especially severe cases, flatulence can lead to really embarrassing situations. Fortunately, you don’t have to suffer, as there are several ways you can lessen the effects.

Eat and drink properly. Eating your food and drinking properly will greatly reduce the amount of air taken in since a very large percentage of gas is due to improper eating and drinking. When you eat, chew your food properly, and refrain from talking while eating. While drinking, avoid using straws, as sipping will cause you to take in more air than usual.

Lessen your intake of dairy. If you suddenly feel an onset of flatulence after drinking milk or eating cheese, then chances are you are lactose intolerant and that could be the reason why you’re frequently passing gas. Reduce your taking of these foods and your flatulence should lessen as well.

If, however, you just can’t make do without dairy in your diet, then eat dairy products that are low in lactose. For example, instead of drinking milk, you can have yogurt. You can also use certain products that will aid in the digestion of lactose, such as Lactaid. Consuming products in small, manageable amounts might also help make your digestive system manage dairy properly.

Control fiber in your diet. Fibers are important parts of any healthy diet. They help regulate bowel movements, preventing discomforts such as constipation. Unfortunately, the insoluble fibers also contribute to excess gas production. Cut back on their usage temporarily and then, slowly re-introduce them into your diet. Doing so should make your digestive system slowly get used to their presence. Seek the aid of a dietitian if you can, as well.

Take over-the-counter medication. There are medications that pull gas bubbles together. While they have no effect on intestinal gas, they may lessen excess stomach gas through belching. Charcoal tablets may also help absorb excess gas in your system.

Certain activities like exercising can also help make your digestive system function better, hence lessening the formation of gas. There are also herbal remedies like drinking two teaspoonfuls of peppermint water mixed together in a small cup of hot water. You can also try drinking herbal teas.

Generally, however, flatulence shouldn’t really be a cause for concern. All you need is a change in lifestyle and diet and you should be good to go.