How to Get Rid of Genital Warts 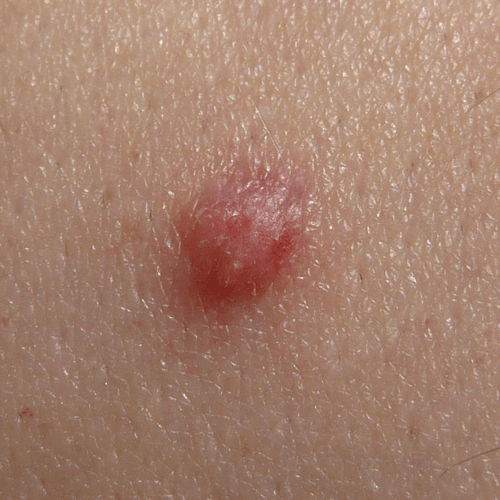 Picture yourself as one of the world’s most famous celebrities. Everywhere people look, they see your face in ads, billboards, and TV commercials. Every fashion magazine has you on the covers, and perhaps one or two have you as the pin-up. Your movies are making waves in the blockbuster charts and everyone agrees you live the life most can only dream of. Then, one day, someone announced to the whole world that you have a condition that isn’t exactly what you would call celebrity material. Suddenly, everyone is talking about how you allegedly have genital warts.

Most sexually transmitted diseases are cause for shame, especially if you are a public person and reputation is something that you have to take care of. Other sexually transmitted diseases like herpes or gonorrhea have seen so much media attention that almost everyone is practically desensitized to them. Genital warts are a different matter. Aside from the fact that a genital wart is not really pleasant to look at, women are in danger of getting a far more serious disease due to this. It doesn’t help either that the stigma of seeing something physically abnormal is far worse than a disease of the same nature that doesn’t really make itself known physically, like syphilis or any other STDs.

How a Genital Wart Appears

A genital wart usually manifests itself as a small, fleshy bump not dissimilar to a regular wart. In women, most genital warts occur in and outside the vagina, the cervix (opening to the womb), or even around the anus. For men, they can be found on the shaft or, usually, on the tip of the penis. The scrotum is also a common place for genital warts to grow on men. Since genital warts are spread through direct contact with the skin, there are rare occasions when genital warts are found in the mouth or throat of a person. Usually, this happens when there is oral sex involved. Genitals warts vary in size. Some can be smaller than a ballpoint tip, or some can be as big as a very large pimple. There are cases when several smaller warts cluster together to form a big one, usually looking a bit like a cauliflower. Genital warts tend to spread rapidly and are highly contagious. There are instances when bleeding, mild pain and itching can occur, especially if the wart happens to be inside a woman’s vagina.

Medically known as condylomata acuminata or, quite simply, venereal warts, genital warts are caused by the human papillomavirus or HPV. HPV infection is currently being tagged as the most common sexually-transmitted disease in the United States (it should be noted that HPV itself is not a disease; rather, HPV is just the group of viruses that contribute to different diseases). Of all the different HPV genital infections, genital warts are the most easily recognized. While the HPV strain that causes genital warts is not responsible for cervical cancer, it is always recommended that a woman who has genital warts be checked by a competent physician, since cervical cancer is caused by certain types of HPV. Abnormal growths that are checked early can also be cured more easily than those that have fully grown.

It’s difficult to diagnose a genital wart at the onset, so if you suspect that you may have one, get yourself checked by a doctor right away. He or she may apply an acetic solution on the suspected area in the genitals to whiten the warts, and then view them through a colposcope, a special kind of microscope. For women, pap tests can also help detect whatever changes the genital warts may have caused on their cervix. A pap test every three to six months, based on the severity of the genital warts, is recommended (Learn how to prepare for a pap smear).

Genital warts, unfortunately, cannot be eliminated. Most cases of HPV infection go away by themselves, usually without any significant complications. In the case of genital warts, the best that you can do is to remove the warts themselves. However, removing the warts does not eliminate the virus that causes them. For this reason, genital wart recurrences do happen. That being said, here are several ways you can eliminate the warts or lesions.

Topical treatments are applied physically on the warts. Usually, they work by “burning” off the bumps and the warts. The advantage of topical treatments is that you can essentially do them at home, without needing help from someone else (and in most cases, genital warts are really something most people would rather keep to themselves). Remember, however, that such medications are to be used only on the external warts around your pubic area; those that are internal should only be treated by a physician. Also, when buying any topical treatments, don’t just buy anything over the counter. Make sure that you consult your doctor first as they may have a specific treatment for you.

The downside of using topical treatments is that they are essentially chemicals and as such, they might cause irritation when applied on non-infected skin. Which such a thing happens, wash the area immediately. They also need a strict adherence to the medication dosage; you can’t just apply it every time you feel like your wart is worsening. Lastly, pregnant women should never even attempt to use this type of medication.

Most warts are usually removed by the topical medications your doctor will prescribe to you. However, for cases in which such treatment doesn’t work or is not feasible (like warts inside the genitals or on pregnant women), you can try the surgical method.

There are several methods a doctor might use. These include:

• Cryotherapy: In this method, the doctor freezes the warts using liquid nitrogen every one to two weeks. The main idea is to cause a blister around your wart. As the skin heals in time, the warts begin to slough off, allowing the formation of new skin.

• Electrocautery: The doctor employs an electrical current to burn off the wart.

• Excision: Much like common surgery, the doctor will use surgical instruments in order to cut off the warts. Like other surgeries, anesthesia will also be applied.

• Laser Surgery: Usually reserved for very tough to treat and extensive warts, this method uses lasers—intense beams of light. The downside to this treatment is it is prohibitively expensive.

As mentioned, genital warts cannot really be totally removed, as the virus will always be there, potentially causing a recurrence. The best way to get rid of genital warts, therefore, is to prevent yourself from getting it in the first place.

If you can, abstain from sex as much as possible. Keep in mind that HPV—the virus that causes genital warts—is the most common sexually transmitted infection in the United States. As such, every time you engage in any sexual activity with anyone, you risk a 7% chance of HPV infection.

If you engage in any sexual activity, always remember to be cautious. Contrary to common belief, condoms are not enough to prevent a genital wart infection (or any HPV infection, for that matter). Genital warts are caused by skin contact with someone who has them, and condoms only cover the penis, so other parts of your genital area or your partner’s are still at risk. Condoms reduce the risk, but they do not eliminate it. Just play it safe and remember: an ounce of prevention is better than a truckload of cure.

Click here for more information on how to get rid of genital warts.

18 People reacted on this