How to Get Rid of Gout 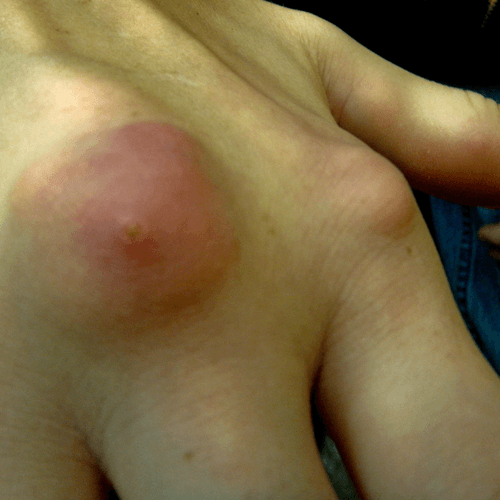 You might not know this, but man and guinea pigs have something in common. Well, true, they’re both mammals and living creatures, but there is one thing that they share that is not applicable to anything else. They can both experience chronic pain in joints because of an incapability to process uric acid into products that can easily be soluble.

Yes, ladies and gentlemen, men and guinea pigs are the only creatures in the world that are afflicted by gout.

Gout is an affliction that is caused by a build-up of crystals of uric acid in the different tissues of the body. Usually, the build-up is lumped in and around the joints and the tendons, as well as the surrounding tissues. It results in inflammation, stiffness and excruciating pain on the affected area. Most often, the joints in the feet and ankles are the main targets; specifically, the small joint of the foot’s big toe is the most common spot for gout. Such is the tenderness you get when you contract gout that even the brush of a blanket can cause intense pain that is sometimes unbearable. Aside from the pain, the patient can get a fever as well, if the gout is acute. Usually, these painful attacks go away or subside after a couple of days, medications notwithstanding, although there are rare cases when gout attacks can last for weeks.

Since other arthritic conditions like psoriatic and rheumatoid arthritis can mimic the symptoms of gout, it is often advisable to establish a firm diagnosis before treatment. While X-rays can be useful in diagnosing whether or not you have gout, the best and most reliable method is by joint aspiration (also known as arthrocentesis). Using a sterilized needle and syringe, fluid is withdrawn from the affected joint. If the joint fluid contains a deposit of uric acid crystals and infection, then you’re suffering from gout. Alternatively, a diagnosis can also be made by finding such crystal deposits from materials extracted via the same method for bursitis (an inflammation of a bursa—a tiny sac filled with fluids that reduce friction between body tissues).

Given a few days, most of gout’s unpleasant side effects will usually go away on their own. However, you can do several things that will hasten the elimination of the condition.

Take liberal fluid intakes. Lots of fluids can dilute the urine in your body, as well as help you excrete uric acid. Drinking at least three liters of water a day also helps prevent kidney stone formation. It’s not limited to water, either. Vegetable juice, herbal teas, soup and milk all contribute to your daily fluid intake.

Avoid purine-rich foods. Purines are organic compounds that are found in both human tissues as well as in food that you eat. During the body’s functions, purine is converted into uric acid which, in excess, contributes to gout. The excess can be caused either by the overproduction of uric acid or the under-elimination of it by your kidneys. Whichever the case, avoiding purine-rich foods can go a long way to getting rid of or avoiding gout altogether.

Since purines are also found in all foods containing protein, it is unhealthy to eliminate purine foods altogether; as mentioned earlier, gout only happens when there is an over-abundance of uric acid in the body. Organ meats (like liver, kidneys, and hearts), sardines in oil, yeast and legumes are purine-rich foods. It is recommended that such foods be taken in moderation. During a flare-up of gout, it is advised that they be taken out of your diet altogether until the condition has passed. If you absolutely can’t pass up on something meaty, tofu can be a good substitute.

The American medical Association has proposed a good balanced diet for people suffering from gout. It includes the following recommendations:

According to the scientist’s findings, alcohol affects both uric acid production and removal. When the body converts the alcohol to lactic acid, the amount of uric acid that is removed from the kidneys is reduced. There is a competition between the lactic acid and uric acid as to which is going to be removed by the kidneys into the urine. An increase in ethanol in the body also increases the amount of adenosine triphosphate (ATP) that the body produces. These ATPs are converted to adenosine monophosphate (AMP) – uric acid’s precursor.

Based on the findings of the scientists, there is a significant increase in gout risk even with low alcohol intake. For people who consume about 50g or more of alcohol per day, the risk jumped to 2.5 times higher than for those who do not drink.

Eat bing-cherries. According to a study done by the US Agricultural Research Service’s researchers in Davis, California, fresh cherries have anti-inflammatory properties that are useful for gout-stricken patients. The findings show that the volunteers’ uric acid levels decreased significantly over the five hours after consuming 45 bing-cherries. Urate levels removed from their bodies also increased. The findings were published in the Journal of Nutrition, 2003 issue.

Take medications for gout. Three kinds of medication are usually used to treat gout. One is used for managing the pain, the second kind is used to quell the inflammation and the third is used to treat the underlying condition that causes the overproduction of uric acid and gout. There are different medicines for each of the three kinds.

Pain relievers such as Tylenol are used to alleviate your pain caused by gout. Inflammation is controlled by non-steroidal anti-inflammatory drugs (NSAIDs) such as colchicine and corticosteroids. For more acute gout, indomethacin and naproxen are good choices.

It should be noted, though, that NSAIDs can also have side-effects like gastrointestinal irritation and intestinal bleedings. People who have a history of aspirin allergies should also avoid NSAIDs due to possible anaphylactic (or intense allergy) reactions. Furthermore, colchinine blocks the body’s ability to absorb vitamin B12. For this, vitamin B12 supplements should be taken.

Finally, medications that lower the uric acid blood levels are used to treat underlying gout conditions. The most common of these medicines are probenecid
and sulfinpyrazone. However, these drugs should be avoided by people who have a history of kidney stone problems, since these drugs have been known to cause them, in rare instances.

Gout is not life-threatening, but it can be very painful and annoying to have. Following the steps mentioned above should help alleviate or get rid of the condition. As always, consulting a physician is recommended before you start on any treatment. Also, the next time you see a guinea pig, smile. It’s always good to know you’re not the only species in this world suffering from the condition.

Click here for more information on how to get rid of gout.