How to Get Rid of Graffiti

Posted on: October 5, 2008 Posted by: Nicole Harding Comments: 2
Tags: How to Get Rid of Graffiti 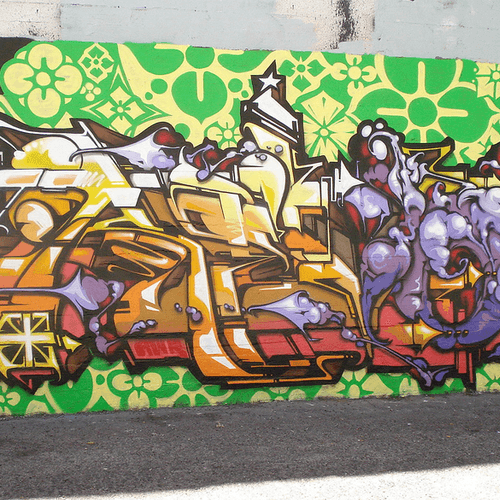 Vandalism is a public concern. Try looking at your surroundings on your way home and you’ll see writing, images, symbols and marks on the most inappropriate places.This vandalism is a crime.

One of the most common forms of vandalism is illegally writing or painting marks on public and private property. The images, markings, stains, scratches, etchings, symbols, letters or paintings created from vandalism are called graffiti.

Graffiti was previously considered a form of art; however, these days it is just commonly regarded a crime due to the irresponsible creation of such things on properties that the vandalizers do not own.

Offenders no longer do graffiti for art. They have target areas to mess with, and their favorites are government properties, public transit property, public vehicles, overpasses, bridges, playgrounds, parks, utility boxes, municipal or city street furniture, recreational facilities and public or private buildings.

How Long Does It Take To Remove Graffiti?

The length of time spent in removing graffiti depends on the type of graffiti. If the graffiti is all over the city proper, the local government can do immediate action and remove the hate scrawls within 24 hours. From the first report, less incendiary stains or ordinary markings can be removed within 72 hours. The decision is made by the inspector who is dispatched for any of these two cases.

Why does the government attend to graffiti problems the soonest time possible? According to research, if one defacement is made, more will come if it’s not removed immediately.

The government is strict when it comes to vandalism. For instance, if an inspector sees your property vandalized, he or she will give you a notice suggesting that the markings need to be removed within 72 hours.

Graffiti stains contravene the bylaw, so it is not the responsibility of the inspector alone. It is yours, too. Once you do not remove the graffiti on your walls within 72 hours, the city will do the cleaning for you. Still, there is no reason for you to feel lucky just because you are spared from all the dirty work, because you will be charged a fine accordingly.

Getting Rid of Graffiti

What then is left for you to do? It is hard to remove graffiti because liquid aerosols, paints and oil are often used in creating it. Get rid of graffiti. Now. Here are some effective methods you can try.

The Power of Discipline — Discipline is the first thing people should possess to prevent graffiti painted on public and private properties. Producing campaign materials against vandalism, with the youth as its target audience, is an effective way to teach and discipline offenders.

If graffiti or vandalism is a major concern, why not delegate a spot in your area for a freedom wall? Through this wall, many people can freely express themselves without violating any law.

The Use of Chemical Solvents — The fastest way to remove aerosol based graffiti is to use paint thinners on it. Paint thinners are available at any hardware shop or department store. These are widely recommended because they have chemical substances that soften paint, making it easier for you to get rid of graffiti. Use an ample amount of solvent and wipe it on the painted areas. After using paint removers, wash the area with water to remove the excess substance.

Re-painting — After removing the graffiti, you can re-paint the area where the images were painted if you wanted to restore the beauty your property. Using thinners or paint removers will not completely remove every inch and mark of the graffiti. If the graffiti was created on a painted wall, the original paint and color of your wall will be affected because the chemical solvent that will dissolve any liquid aerosol particle it meets. So, if you want your property to have a brand new look, re-painting is the best answer.

Guarding Your Property — The cheapest way to remove graffiti is to prevent it from happening. Guard your place to avoid trespassers. Do not give them a chance to vandalize your property. If you catch them vandalizing, report them immediately to authorities.

Do your part in making the city a better place to live in, not only for you and your family, but your fellow countrymen as well.

Click here for more information on how to get rid of graffiti.