How to Get Rid of Grubs 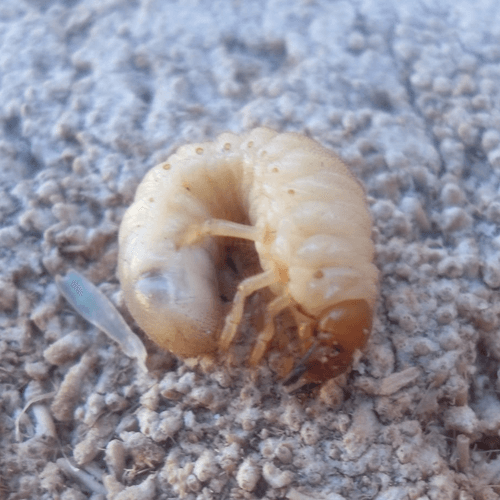 If your lawn is brown and wilting even if you water it every day, you may just have a grub infestation. Grubs are white, worm-like organisms curled up underneath the soil. These creatures are voracious eaters of roots, which means your lawn is virtually a buffet for them. If you don’t do anything about it, your lawn will soon resemble a desert. The following tips can help you get rid of grubs for good.

The best way to get rid of grubs is do it systematically. This requires an understanding of what grubs are and what they do. Although they look like worms, grubs are actually larvae of scarab beetles, like Japanese beetles, Oriental beetles, and European beetles. They are found underneath the top soil of your lawn because they feed on the roots of your plants.

Japanese beetles best represent the life cycle of a typical grub. In the United States, adult Japanese beetles emerge from the ground and mate in late June and early July. In July, female beetles spend two to three weeks laying up to 60 eggs in the surrounding soil, including your lawn. Eggs hatch about two weeks later, depending on soil temperature and moisture.(Learn how to get rid of japanese beetles)

The grubs that hatch from the eggs spend most of August feeding on grass roots underneath the soil. They feed close to the surface, so they are very vulnerable to chemical and biological insecticides at this period. By October, damage to the lawn should already be apparent as the grubs become larger and consume more roots. Trying to eradicate them in fall is usually futile because they have developed the ability to dig deep into the ground. Spraying insecticides in spring also generally doesn’t work because they are already large and the span of time for treatment is short.

How to Sample Your Lawn for Grubs

The first step to eradicate grubs is to determine if you indeed have a grub problem. Grubs are pretty common in lawns in some states, and as long as there are not too many of them, your lawn is safe from significant damage. To find out whether you need to take action, you have to sample your lawn for grubs.

Do You Have a Grub Problem?

After sampling your lawn, it’s time to know whether you have a grub problem or not. Researchers in upstate New York have found out that only 20 percent of home lawns require treatment. Here’s the recommended thresholds for grub population, and what they mean for your lawn. These numbers are based on grubs per square foot.

Getting Rid of Grubs in Your Lawn

Once you’ve determined where the grubs hide, it’s easy to drastically reduce their numbers. The following are tried and tested methods of grub control:

Sample your lawn regularly to prevent the proliferation of grubs. Tell your neighbors to take care of their lawns too, because scarab beetles distribute their eggs more evenly if there are more healthy lawns around. In fact, some people get grub infestations because their lawns are the only healthy turfs around the area. If all people maintained their lawns and gardens properly, grub infestations would surely be reduced. If you’re interested in reading this article, might as well read how to get rid of beetles.