How to Get Rid of Heat Rash 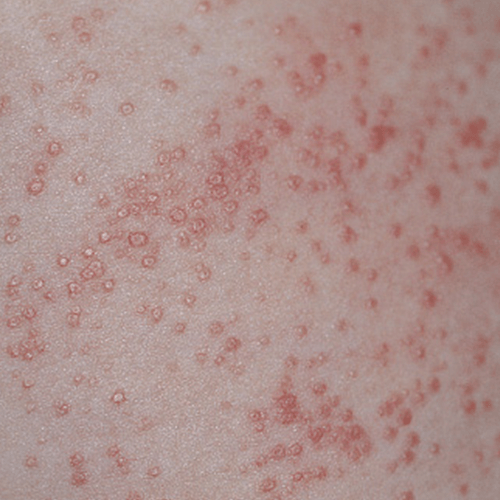 Miliaria (miliaria rubra—sweat rash or prickly heat) is a skin disease marked by small and itchy rashes. Miliaria is a common ailment in hot and humid conditions, such as in the tropics and during the summer season. Although it affects people of all ages, it’s especially common in children and infants due to their underdeveloped sweat glands. Miliaria occurs when the sweat gland ducts get plugged due to dead skin cells or bacteria such as Staphylococcus epidermidis, a common bacterium that occurs on the skin that is also associated with acne. The trapped sweat leads to irritation (prickling), itching and a rash of very small blisters, usually in a localized area of the skin.

Heat rash is easy to treat. If you look at it very closely, you’ll see little red dots: these are sweat glands that have become inflamed at the opening. With further exposure to heat, there will also be a prickly ‘pins and needles’ sensation on the skin, which is why it’s called prickly heat.

The most commonly encountered form of the illness is miliaria rubra, in which obstruction causes leakage of sweat into the deeper layers of the epidermis, provoking a local inflammatory reaction and giving rise to the typical appearance of redness (hence rubra) and larger (but still only a few millimetres) blister-like lesions. This form of the illness is often accompanied by the typical symptoms—intense itching or “pins and needles” with a lack of sweating (anhidrosis) to affected areas. There is a small risk of heat exhaustion due to inability to sweat if the rash affects a large proportion of the body’s surface area and/or the sufferer continues to engage in heat-producing activity.

Heat rashes and prickly heat are treatable conditions of little to no consequence save for those with the most sensitive or skin. Just remember to make use of these tips and information before it’s too late. Also take note that if your rash persists for longer than ten days or is accompanied by any other symptoms, you should inform your physician immediately. Also note that wildfire is a bit more complicated than your run-of-the-mill heat rash, and may need professional dermatological treatment. If you enjoyed reading this article, you’ll surely enjoy reading how to get rid of rashes.

10 People reacted on this