How to Get Rid of Herpes Simplex

Posted on: May 27, 2008 Posted by: Nicole Harding Comments: 3
Tags: How to Get Rid of Herpes Simplex 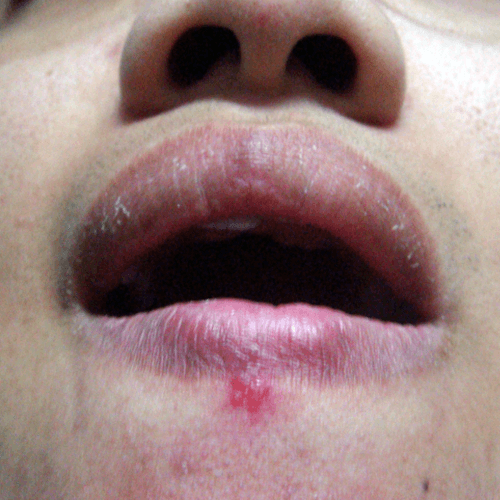 Most people immediately think of sex when they hear the word “herpes.” Maybe it’s due to the fact that genital herpes is one of the most common sexually transmitted infections today. Perhaps it’s because herpes is among the most common words in today’s sexually decadent society, together with gonorrhea and syphilis. Regardless, when you hear your doctor say you have herpes, chances are you will immediately feel the stigma of being shunned by society for being sexually corrupt, or worse.

The majority of the people are not aware of the fact that there are different kinds of herpes and, while they’re essentially caused by the same strain of herpes simplex viruses, not all of them are spread through sexual intercourse. Just because you have herpes doesn’t mean you got it through sex; even newborns get herpes either through their mother during birth, or if they’re handled by people who have the virus.

Orofacial herpes infection is commonly caused by HSV-1, although recently, infections caused by HSV-2 are increasing. More commonly, it happens during childhood and it is often accompanied by a fever and ulcers. The infection usually goes into a primary stage, where pharyngitis may develop on the cheek and gums. Some people may also experience difficulty swallowing as well as swelling on the lymph nodes. Usually, primary HSV infections get resolved within two weeks. Once the primary infection resolves itself, the virus migrates to the neuron’s cell body where it becomes latent. There may be a recurrence, though, depending on external factors. When such a recurrence occurs, it usually begins as a reddening of the infected skin’s surrounding areas, eventually forming fluid-filled blisters that are usually found between the lips and skin, and the lip tissue itself. Oral herpes is sometimes called cold sores.

Genital herpes is caused by HSV-2, although it is not uncommon for HSV-1 to cause it. In this type of herpes infection, several inflamed blisters and papules, usually in clusters, form on the outer surface of the genitals. Resembling cold sores, they appear roughly four to seven days after the sexual interaction. Accompanying symptoms include itching, pain, and a burning feeling. There may also be discharge on the vagina or the penis, a fever, and swollen lymph nodes. After about two to three weeks, the lesions become crusty and then heal. After this time, the virus goes to the nerve ganglia where it lies dormant. A recurrence may happen after a year, where lesions occur after several symptoms.

For most cases of genital herpes, the symptoms are generally the same. There will be small, painful blisters filled with fluid on the affected area of the skin. The blisters are often preceded by pain or tingling (called prodomes) by a day or two. The symptoms may not start for some time after you’ve been exposed to the virus, usually longer than 20 days. When they do start, however, they only last for about seven to ten days, after which the blisters break and ooze. A yellowish crust then develops and sloughs off. There is usually no scarring involved.

As mentioned before, the virus is chiefly transmitted through direct contact with an infected person. Touching, kissing, and sexual intercourse are the main ways of contracting the infection. It doesn’t matter if the infected person is showing visible symptoms of the infection, like blisters or lesions, because they may still transmit the virus via their skin.

Unfortunately, there is no empirical cure for the herpes simplex virus (like most viruses), even though they usually clear up within two weeks without any form of treatment. The best that you can hope to do is alleviate the discomfort brought about by the symptoms.

Don’t do anything to the blisters. Let the blisters heal by themselves. Don’t attempt to break them or prick them. Doing so will only cause the infection to spread and delay the healing process.

Use antiviral medication. Antiviral medication usually works by messing up viral replication, slowing up the rate the virus multiplies and giving your immune system the time to fight back. Some common oral antiviral medications for herpes simplex include aciclovir, famciclover, and valaciclover. aciclovir, being the prototype for these kinds of drugs, is available in generic brands at a greatly reduced price.

There are also topical medications you can get that will help in controlling the herpes simplex virus. Doconasol, for example, is a cream that works to prevent the virus from fusing to the cell membranes, thus preventing it from entering into your skin. Tromantadine alters the surface composition of your skin cells, inhibiting entry and spread of the virus. It also stops the release of viral genetic material. Zilactin forms a sort of barrier around the applied area, preventing the sore’s size from increasing while also decreasing the spread of the virus while it heals.

Over-the-counter pain relievers help control pain. Sometimes, you will feel pain in the affected area, one of the more common symptoms of a herpes infection. You can take pain relievers such as ibuprofen or acetaminophen to ease this. Keep in mind, though, that you should be careful giving aspirin to children. In children, aspirin triggers a rare but potentially dangerous disease called Reye’s syndrome.

Apply a cold or warm compress on the blisters to ease the pain. Much like rashes, bruises, or other skin infections, you can also try to ease the pain with the application of warm and cold compresses.

While herpes isn’t nearly life-threatening, it can lead to complications that are much more dangerous. Herpes simplex encephalitis, for example, is one of the most severe central nervous system disorders. If left untreated, HSE can lead to death in about 70% of the cases. Even with the survivors, there is serious neurological damage to half of them. In fact, only about 2.5% of the survivors regain complete normal brain function.

Newborn children aren’t safe from herpes simplex, either. A complication stemming from herpes simplex called Neonatal herpes simplex is a result of a mother passing down the herpes virus to the child. There are three forms in which neonatal herpes simplex manifests in a child. The skin, eyes and mouth (SEM) herpes don’t affect the internal organs, and have the highest survivability rate. Disseminated (DIS) herpes affects the child’s internal organs, especially the liver. The third, central nervous system (CNS) herpes, has the highest mortality rate. It attacks the baby’s nervous system and can lead to encephalitis.

Since herpes simplex has no known cure, the best way to get rid of it is still prevention from getting it in the first place. If you know of someone who has herpes, avoid touching or getting in contact with them through the skin, especially if the blisters are still present. Be sure that you regularly keep your hands clean, especially after associating with people who have the infection. If you are sexually active, be sure to use protection. While it might not be foolproof, it will lessen your risk of getting the infection.

Click here for more information on how to get rid of herpes simplex.