How to Get Rid of Hypertension

Posted on: May 14, 2008 Posted by: Nicole Harding Comments: 1
Tags: How to Get Rid of Hypertension 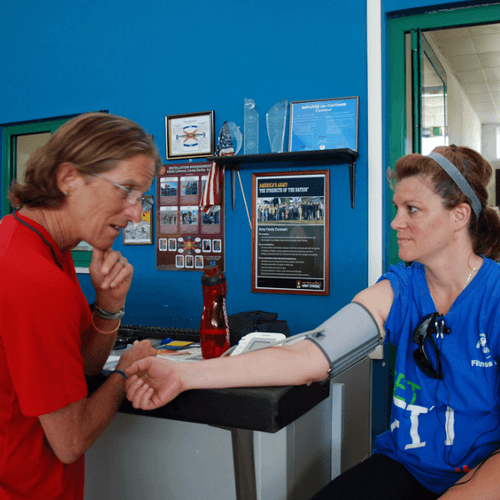 To better understand why high blood pressure is such a medical concern, think of the heart as a pump. It generates pressure while it pumps blood throughout the body. Too much pressure puts both the heart and the veins under dangerous strain. The result could be a ruptured artery or the heart itself could fail under all the pressure. The results are never pretty.

The majority of the people who suffer from hypertension fall under the essential category, which means that there is no known cause of the condition. The rest fall under the secondary classification. Secondary hypertension means that the high blood pressure is a result of another condition, like tumors or kidney disease. Two of the United States’ leading causes of death – heart disease and stroke – can be attributed to hypertension; furthermore, it is the leading cause for another reason in the list, which is renal or kidney failure. Unless properly treated, people with severely high blood pressure can expect to live no more than a couple of years at most.

Getting rid of hypertension generally requires a change in your lifestyle. All these changes are meant to lower your blood pressure to acceptable and even normal levels.

Watch your weight. Obesity is one of the leading factors associated with hypertension. Studies show that excess fat tissues (called adipose) give out substances that are acted upon by the kidneys, causing hypertension. Also, obese people generally have higher levels of insulin (again, because of adipose) and the excess insulin elevates the blood pressure.

Animal studies have also shown that blood flow and cardiac output to the fatty areas and other organs like the heart and kidney are increased in proportion with weight gain. This means that the more fat you have, the more your heart has to pump out blood and the greater the increase in pressure.

Stop smoking and limit your caffeine intake. Studies have shown that cigarette smoking produces a rise in the blood pressure by approximately five to ten mmHg. Smoking also increases the risk of secondary cardiovascular problems and renal insufficiency progression. As pointed out, hypertension is a result of kidney-related problems. Research has also shown that nicotine temporarily causes spikes in heart rate and blood pressure with each use. Furthermore, smoking itself causes the arteries to constrict, leading to an increase in blood pressure.

Caffeine in three cups of coffee or so can raise the systolic pressure to anywhere from 3 to 14 mmHG. Diastolic pressure also increases from 4 to 13 mmHG for people who do not have high blood pressure. There is also a sharp, if temporary, increase of high blood pressure among people who are not regular consumers of caffeine. While no exact reason for this has been determined yet, researchers propose that the caffeine narrows the blood vessels by stemming the effects of adenoise. Adenosine is a hormone that keeps your blood vessels widened. It has also been stipulated that caffeine stimulates the adrenal glands to release more adrenaline and cortisol than normal, both of which can cause your blood pressure to increase.

Check your diet; avoid consumption of too much sodium. If you’re taking in too much sodium or salt, then try to limit it. Salt causes the cells to release water to maintain the equilibrium of the salt’s concentration gradient between the bloodstream and the cells. The result is an increase in pressure on the walls of the blood vessels.

It gets even more serious when you have a failing kidney to begin with. When the salt content level in the blood increases (due to too much consumption of salt), the body compensates by attracting water from the cells into the blood. However, there is also salt in the form of sodium outside the cells and when there is an increase in the salt content around these cells’ fluids, it attracts water from the blood, causing swelling. The excess, resulting from the increase of salt and water levels around the cells, is put into the blood, which, in turn, is filtered by the kidneys. Normally, the kidneys remove the excess salt and water and they come out as urine. However, if the kidneys fail to work, the fluid starts to build up around the cells and also in the blood. Since the heart is the organ that pumps the blood throughout the body, if there is more fluid in the blood, the heart has to work extra hard. This causes an increase in blood pressure, since there is more pressure being applied on the walls of the blood vessels.

Potassium is also important in your diet because potassium works with sodium to regulate the water balance of the body. Research studies have shown that if there is more potassium and less sodium in a person’s diet, there is a greater likelihood that normal blood pressure is maintained.

Hypertension and high blood pressure cannot be cured, but can easily be controlled. Changing to a healthier lifestyle not only reduces the risk of hypertension but also promotes better resistance against various diseases. Hypertension is a silent killer, but with the right lifestyle change, you do not need to fear it.

Click here for more information on how to get rid of hypertension.