How to Get Rid of Inflamed Gums

Posted on: April 15, 2009 Posted by: Nicole Harding Comments: 0
Tags: How to Get Rid of Inflamed Gums 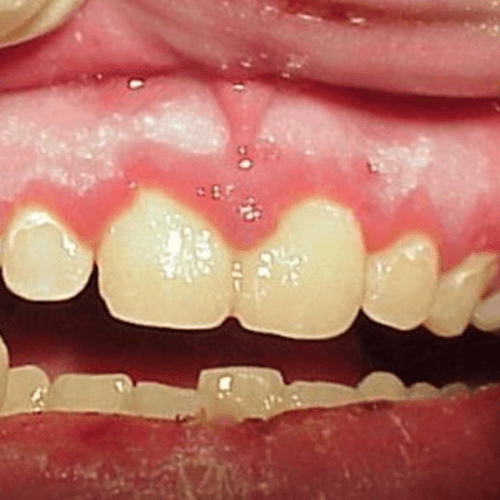 Many people complain about inflamed gums. Their causes can range from simple irritation to a systemic disease. Either way, your oral health speaks mountains about the overall health of your body, so pay close attention what it’s saying. Inflamed gums may be just a clue towards a bigger health problem.

How do you know that you have inflamed gums? Inflamed gums are usually swollen, tender to the touch and sensitive to hot or cold. Sometimes the swelling or bulging can be so severe that it will obscure your teeth, or make you feel like there is something stuck between your teeth when there is nothing there. Your gums’ normal color is a coral-pink hue, but inflamed gums take on the color of a throbbing red shade, although sometimes it may take on a mottled color of white or blue. Inflamed gums may also bleed while you’re eating or brushing your teeth.

Inflamed gums can be caused by a number of factors, but the most common causes of it are:

Keep in mind that inflamed gums are usually one of the many symptoms of the viral and fungal infections mentioned above, so be sure to check other symptoms to make sure that you are suffering from any of those mentioned.

Don’t forget: Inflamed gums may be a symptom to a bigger problem, such as an oral viral infection or a systemic one, so keep an eye out for other accompanying symptoms. It may also be pointing towards poor oral hygiene, an unhealthy lifestyle or an unbalanced diet. The best way to treat inflamed gums is to prevent them from ever happening.

Eat healthy, brush your teeth, floss, and have a regular checkup and cleaning with your dentist twice a year. Having good oral hygiene is the best way to keep your gums healthy. If you enjoyed reading this article, you’ll surely enjoy reading how to care for your teeth.