How To Get Rid Of Insect Bites

Posted on: February 4, 2009 Posted by: Nicole Harding Comments: 0
Tags: How To Get Rid Of Insect Bites 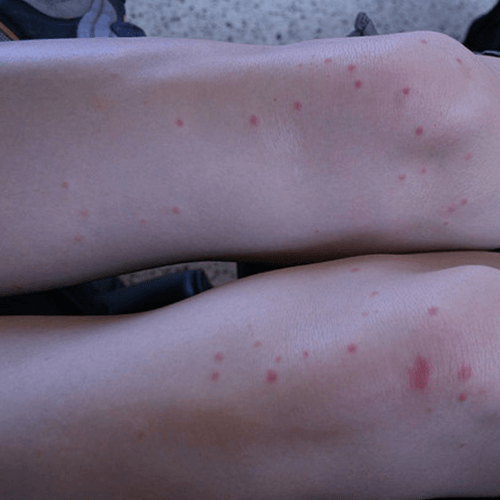 Insects are the most diverse group of creatures on the planet. With over a million species that have already been described and about an estimated 30 million more left to be discovered, the insects make up over 90% of the differing lifeforms on Earth. They are also the most widely distributed. You can find insects in nearly all the places and environments on the planet. They can even be found in the oceans, although at a smaller number. They also come in many shapes and sizes, from the small fairyfly to the 22-inch long stick insect. Some insects are also complex social creatures, living in colonies that have distinct structures. In fact, their colonies are so well-organized and tightly integrated that the colonies of some species are sometimes thought of as superorganisms. While most insects lead short lives, their sheer number and diversity more than make up for this to make any given species still flourish now.

With this diversity, it cannot be avoided that insects live side-by-side with the human population. As the human population continues to grow, habitats and places used by insects become encroached resulting in them either transferring to another place or just co-existing with their new human neighbors. As a result, people see insects in their homes, leading them to brand them as pests. Also, with this new setup, humans also learned to deal with another incessant insect problem: insect bites.

Anatomy of an Insect Bite

It is rare that an insect bites you for no reason; usually, they initiate biting in self defense. You might not mean to hurt them, but when an insect perceives a threat, their first course of action is to sting or bite what they think is the aggressor. When this happens, the insect injects some sort of venom or another substance to your skin. The result is essentially an allergic reaction: the body responds to the “invading substance” by triggering the immune system whose job is to protect the body from toxins and bacteria. How severe your reaction is will depend on how sensitive you are to insect’s venom or substance. Of course, there’s also that nasty feeling of getting bitten that essentially tells your brain to either swat the insect or move away from the area immediately.

Most times, the reaction to the insect bites is just mild. You will often find that it becomes nothing more than an itchy or stinging sensation and mild swelling. Such symptoms usually appear after a day or two. Sometimes though, there may be delayed reactions to the toxin, resulting in fever, joint pains, hives, and maybe swollen glands. Sometimes, both the delayed and immediate reaction follows each other from the same insect bite. If you’re one of the rare, unfortunate people, you might have what is called an anaphylaxic reaction to the bite, causing you to develop several severe reactions. The most common anaphylaxic symptoms include:

Most times, people who get severe reactions from insect bites are those who get bitten by wasps, hornets, bees, and fire ants. Other common insects such as mosquitoes and ticks can have troublesome reactions but they are generally mild. Also, don’t take insect bites lightly. If someone is severely allergic to an insect bite, they may go into anaphylactic shock, which can cause death. Also, a sting on the throat may cause the throat to swell, causing it to obstruct the airway, eventually leading to death. Also, while rare, there have been reports that multiple bee stings and large hornets can cause a breakdown of muscles and kidney failure.

Getting Rid of Insect Bites

Barring severe reactions, most insect bites are relatively easy to treat. They can just be considered mild allergic reactions. In fact, most insect bites go away on their own after a couple of days. However, for those bites that are more irritating than normal, here are some things you can do to alleviate the symptoms and get rid of them faster:

Insects are very useful creatures and are an important part of the Earth’s ecosystem. However, like most creatures, they can be dangerous if not given the proper respect. Make sure that you watch what you do and take precautionary measures and you and your little insect neighbor shouldn’t have any problem with each other at all.