How to Get Rid of Maggots 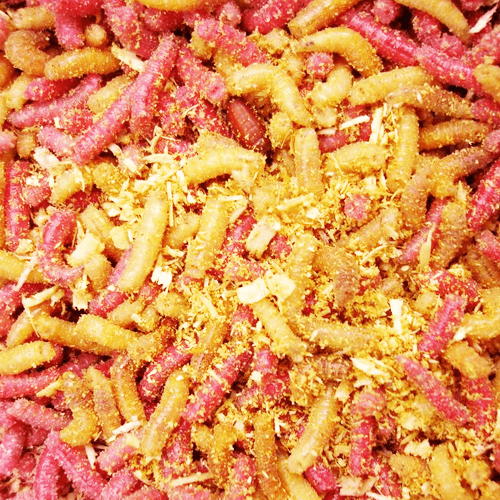 There are very few things that turn a stomach quicker than the sight of a swarm of maggots. There are very few things that you want to get rid of as badly once you find them. What exactly is that slimy wiggling thing that seems so fond of your rotting garbage? Maggot is a term that is loosely used for several varieties of insect larva. The most common type is the larva of the common house fly (called fly maggots). Several other types of insects such as certain beetles and moths have very maggot looking larva also. They range in size from 4 to 12 millimeters, and are generally an off white to brownish color although some may appear to have a bit of a reddish tint, or even a yellowish color.

Maggots in the Insect Lifecycle

Insects have life cycles, and an understanding of this cycle is going to be important when we start to talk about how to get rid of them and even better – how to not have them in the first place. Since we need to start somewhere, we will start with the adult fly. We think they spend their time buzzing around our food just to get on our nerves, but actually they are looking for a bit of food for themselves, and then another fly to mate with, and then a good place to lay their eggs. It is not a very long life and they don’t get really picky about finding a good spot for their eggs. Something rotten or something dead will do perfectly for them. They tend to prefer a little moisture as well. Once the eggs are deposited, things move even faster. The eggs will hatch in 8-20 hours. The wiggly little maggot is what comes out of the egg. They have a little hook like thing that helps them hold on to their food, and no legs. Their main function is to eat as much as they can as fast as they can. They then go into a pupa stage. This is a bit like a cocoon. They will usually try to crawl away from the food source and find a moist spot for this. Soon, an adult fly emerges from the cocoon, and the whole disgusting cycle begins again.

Before we discuss how to get rid of them, and to be completely fair to the poor critters, it might be a good idea to take a quick look at what good things they accomplish. They have been used extensively in the past for treating infected wounds. Since they really enjoy a good meal of rotting flesh, they were put on the wound and allowed to eat away infected tissue, and bacteria along with it. This tended to promote healing. While I give you a couple of minutes to let your stomach settle, I will add that our medical knowledge has advanced far enough to give us some rather more pleasant alternatives to this procedure. They are also used as bait by fisherman. In Great Britain there are actually vending machines where you can buy them for this purpose. Lastly, they are part of natures amazing plan of waste disposal. They join with other insects, birds, vultures, and bacteria to clean up the environment. Also, the CSI guy can solve murders by measuring them, and figuring out how old they are and where they come from.

Ok, I tried. I would be willing to guess you have skipped over the praise section rather quickly and want to get on with the “get rid of” part. So, here are some suggestions for getting rid of maggots.

Getting Rid of Maggots

Usually, you will find the maggots crawling around on rotting stuff, but from time to time you might find them elsewhere. If you remember the life cycle, they are probably on their way to find a moist spot to grow into flies. You can kill them the same way, but make sure you find out where they came from or you are leaving the breeding ground wide open.

233 People reacted on this