How To Get Rid Of Meal Worm

Posted on: September 23, 2008 Posted by: Nicole Harding Comments: 2
Tags: How To Get Rid Of Meal Worm 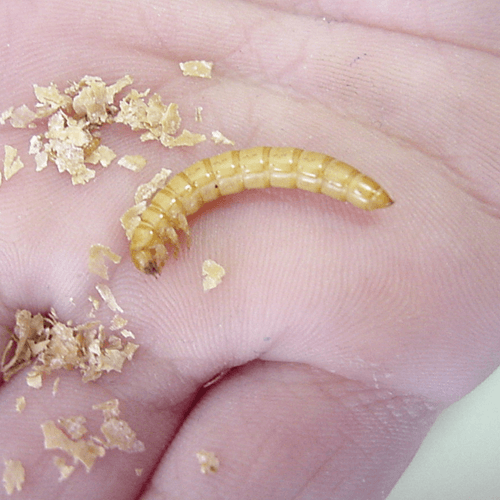 At any given house, there will almost always be pests. Most of these are insects and while some of them are not really harmful to humans, having anything that is crawling and in large numbers isn’t really something you’d want to see first thing in the morning. Dirty and unkempt houses, in particular, are very much a haven for creepy crawlies who want nothing more than to just grub and get fat on your stash of food. Countless housewives have screamed their hearts out at opening a cupboard only to see an insect staring at them in the face, or perhaps opening a carton of cereal or food only to see little insects or worms wriggling in abandon at their bed of food. To say that it makes a very bad start of your day is an understatement indeed.

One of the most common wrigglies you will most likely find in your cupboards amidst cereals and flour is the meal worm. Meal worms are not really worms. They are the larval form of the meal worm beetle, and three types have been identified: the lesser meal worm, the yellow meal worm, and the dark meal worm. Not all types can be present in one area though. Like all insects of their kind, the meal worm beetle go through four stages of life: the egg, the larva, the pupa, and the adult. The larva form is what you know as the pests in your house. While in this form, the insect looks like a worm that endures several molts. Before a molt, the insect is white in color before turning brownish-yellow as their outer ridges begin to harden.

Meal worms are also part of nature’s clean up crew. In the wild, they are responsible for scavenging rotting debris, bird carcasses, and even animal droppings. If you have ever lived in a farm, you will usually find meal worms burrowing under logs and neglected, littered corners of the barn or the grain facilities, mainly munching on their surroundings.

Ways to Get Rid of Meal Worms

The main reason why meals worms are such a pest is because of their fondness to your cereal and baking products, and they do this in groups. It is not unusual to one day open your flour bin to see hundreds of them wriggling in unified joy. They also tend to love dark places and are active around the clock, never resting, so they have usually have plenty of time to damage insulation, which happens to be one of their favorite meals. Aside from that, their diet also ranges to carpets, clothing, and artificial plants.

Meal worms are prolific insects. Fortunately, there are several ways to get rid of them.

The good thing about meal worms that get born and hatch in the house is that they’re not harmful to you or make you sick, so don’t panic if you just found out that the food you ate have them. In fact, in some countries, meal worms are eaten just like any other delicacy. Still, if you really feel that you need to get rid of them (and you won’t be faulted for this), then the above tips should help a lot.