How to Get Rid of Mongeese

Posted on: January 21, 2009 Posted by: Nicole Harding Comments: 0
Tags: How to Get Rid of Mongeese 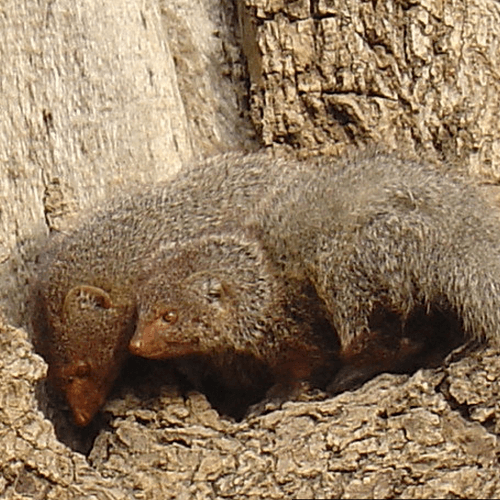 Back in 1894, English author Rudyard Kipling published his famous book titled The Jungle Book. It is a collection of stories, mostly fables, using animals in an anthropomorphic manner—that is, they take the behavior of man like talk, reason, and the like—to give a moral lesson. The book became known worldwide, having been adapted into comics, live-action films, and animations, with Disney’s version particularly popular to the mainstream audience.

Among the stories included in The Jungle Book, one of the most famous is arguably Rikki-Tikki-Tavi, a story about a young mongoose that was taken in by an English family in India and kept as a pet. The titular mongoose defeats a poisonous snake and eventually saved the family from two cobras and lives the rest of his days defending the family garden from all snakes, which came to regard him as someone to fear. Although the book portrays the mongoose as a great cobra killer (indeed, the Indian Mongoose is popularly used to fight and kill venomous snakes), in nature, they typically avoid cobras since they have no affinity for consuming its meat.

Although in the story the mongoose was a particularly heroic and helpful pet, they are not as well-liked in real life, unfortunately. Mongooses (or mongeese, depending on your preference) are viewed as pests in some places and are usually banned. While not eliminated with extreme prejudice as some pests are, mongeese are normally not welcome in their non-native habitats.

The mongoose, like most others of the Herpestidae family, is a small, cat-like carnivore with a long face and body, small rounded ears, short legs, and a tapering tail. They have non-retractable claws that are primarily used for digging. They are natives of southern Asia, Africa, and southern Europe. They can also be found in some Caribbean islands. Depending on the species, a mongoose can grow from one to four feet in length. It mostly feeds on insects, crabs, lizards, earthworms, rodents and chickens. Because of their agility and cunning, they can easily overpower and kill a venomous snake, even a king cobra. They are also protected by a thick coat as well as receptors for acetylcholine that, similar to the receptors of snakes, are shaped so that it is impossible for a snake neurotoxin venom to attach to them. Due to this, mongeese are a common road-side spectacle in certain countries, especially in India, where they are made to have mock fights with snakes. Such spectacles are also seen in Japan, although pressure from animal activists have significantly reduced them.

The Pet as a Pest

Not all mongeese are suitable as pets. By nature, most are solitary animals and are very territorial. They also tend to be vicious predators and fighters and as such, may not go well with your other domesticated pets, especially cats. If you want to have a mongoose as a pet, it is better that you get one while it is still young; that way, you will be able to train and raise it properly. With regard to training a mongoose, some species are usually fairly intelligent and can be taught simple tricks so if you manage to tame one, you can pretty much have an enjoyable pet you can show to others.

It is also this intelligence in mongeese that caused them to be domesticated as a way to control vermin. They are mostly used to kill rats and snakes. Ironically, however, it is their destructive nature as an efficient hunter and predator that have made them pests themselves. In fact, such is their efficiency that when they were introduced in the West Indies to control rats and snakes, they not only got the job done but they also destroyed most of the small, ground-based fauna as well. Because of this, they are banned in the United States and Australia, among other countries. In Hawaii and Puerto Rico, they are estimated to cause $50 million in damages annually.

It is rare for a mongoose to be loose in a city. The only time it can happen is if it’s someone’s pet that got loose. Also, in such cases, the mongoose is usually trained and domesticated already, so the damage it can do will not be significant. The mongoose is mostly a problem in the countryside, when they’re wild and untamed. While mongeese don’t reproduce as fast as rabbits, one creature alone can cause big damage to its immediate ecosystem. If you find a mongoose loose in your area, you can do the following steps:

There really isn’t much you can personally do in order to get rid of mongeese in your area. Having a dog or cat around to fight them will just be useless as mongeese are generally aggressive and will not back down from dogs or cats. The best way is to let the authorities know so they will be the ones to handle the problem.