How to Get Rid of Mumps

Posted on: September 29, 2008 Posted by: Nicole Harding Comments: 0
Tags: How To Get Rid Of Mumps 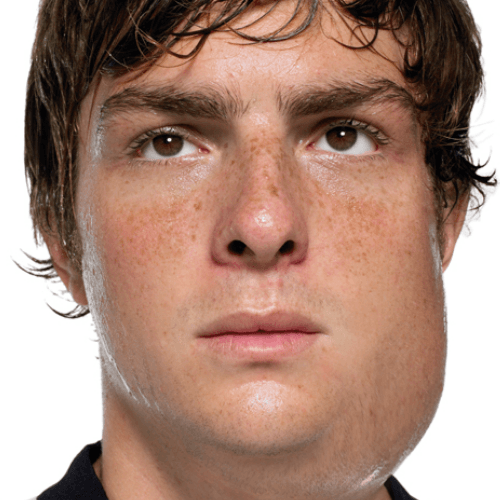 Mumps or epidemic parotitis is a viral disease of humans. Mumps is an acute viral illness characterized by swelling of the parotid glands just below and in front of the ear and at times the salivary glands under the jaw. Occasional complications include meningitis (inflammation of membranes around the brain) and pancreatitis (inflammation of the pancreas), but these usually resolve with no permanent adverse effects.

The word “mumps” originally meant “to mumble” and came to be applied to the disease because of the side effects it causes. Prior to the development of vaccination and the introduction of a vaccine, it was a common childhood disease worldwide and is still a significant threat to health in the third world.

There is no specific treatment for mumps. Symptoms may be relieved by the application of intermittent ice or heat to the affected neck area and a dose of Acetaminophen/Paracetamol (Tylenol) for pain relief. Aspirin use is discouraged in young children because of studies showing an increased risk of Reye’s syndrome.

Treatment includes analgesics for pain, antipyretics for fever and adequate fluid intake to prevent dehydration from fever and anorexia. If the patient cannot swallow, I.V. fluid replacement may be used. Warm salt water gargles, soft foods and extra fluids may also help relieve symptoms. Patients are advised to avoid fruit juice or any acidic foods, since these stimulate the salivary glands, which can be painful for the mumps sufferer.

Acetaminophen and ibuprofen are commonly used to reduce fever and relieve discomfort. Bed rest is advised for the duration of the fever. Ice packs or heating pads may ease the pain of swollen glands. For males with orchitis, doctors may prescribe stronger pain medication as well as corticosteroids to reduce inflammation.

Because mumps is caused by a virus, antibiotics aren’t effective. Like most viral illnesses, a mumps infection must simply run its course. Fortunately, most children and adults recover from an uncomplicated case of mumps within two weeks.

Death is very unusual. The disease is self-limiting and general outcome is good, even if other organs are involved. Sterility in men from involvement of the testes is very rare. After the illness, life-long immunity to mumps generally occurs.

The treatment of mumps is mainly to relieve the symptoms.

* Drink plenty of fluids and eat properly. The diet should be light.

* Over-the-counter pain relievers may be used for comfort.

* For most children, the swelling in their glands goes away in a week. Any child with mumps should not return to school or daycare for 9 days after the start of parotid swelling.

* A University of Tokyo group reported in 1992 that research compound TJ13025 ((6’R)-6′-C-methylneplanocin A) had an antiviral effect on four mumps virus strains cultured in Vero cells. Additional research improved the synthesis of a particular isomer, RMNPA, of TJ13025 from the racemic product.

* A research group published a 1996 report on a chemical extracted from Spirulina platensis, a species of blue-green algae, which inhibited mumps virus in a viral plaque assay.

* A 2005 publication in a Russian journal reports that Myramistin has antiviral activity against mumps virus in Vero cells culture.

Mumps is mainly caused by a virus. The incubation period (from initial infection to symptoms) is from 16-18 days, ranging from 12-25 days after exposure. The period when someone is most infectious to others is from 1-2 days before and 5 days after the onset of swelling in the glands.

Mumps occurs most often in children ages two through twelve, although adults who haven’t been vaccinated for mumps are also susceptible. People with mumps are contagious for about a week before and two weeks after the onset of symptoms, which occurs about two to three weeks after exposure to the mumps virus.

The mode of transmission is through direct contact and airborne droplets with disease beginning from 14 to 24 days after exposure.

Painful swelling of the salivary glands (classically the parotid gland) and fever is the most typical manifestation of the disease. Painful testicular swelling and rash may also occur. While symptoms are generally not severe in children, the symptoms in teenagers and adults can be more brutal and complications such as infertility or sub-fertility are relatively common, though still rare in absolute terms. The disease is generally self-limited, running its course before waning, with no specific treatment apart from controlling the symptoms with pain.

The more common symptoms of mumps are:

* Swelling of the parotid glands (or parotitis) in more than 50% of patients on one side (unilateral) or both sides (bilateral), and pain behind the lower jaw when chewing.

* Early symptoms are uncommon but may include fever, loss of appetite, bodily aches and headache. Temperature is moderately high, usually lasting for 3-4 days.

* Swelling of the glands under and in front of the ear usually starts on one side and then progresses to the other side rapidly. Swelling may last from 7-10 days. Eating or drinking acidic or citric foods causes much discomfort.

* Other symptoms may include testicular pain (in males), abdominal pain, seizures, stiff neck and difficulty swallowing.

* Orchitis is the most feared complication of mumps. This condition causes severe pain, swelling and tenderness in a male’s testicles. Orchitis is mostly on one side but can involve both organs. Males past puberty who develop mumps have a thirty percent risk of orchitis.

* Fever, usually lasting about two to three days. Fever and headache can occur already as prodromal symptoms of mumps, together with malaise and anorexia.

* Sore throat. Also, other symptoms of mumps can include sore face and/or ears and, in more serious cases, loss of voice.

* Soreness or swelling of the parotid glands on one or both sides. Discomfort may range from vague tenderness to obvious pain when opening the mouth or swallowing

* Earache that is aggravated by chewing.

* Aversion to light, lethargy and a stiff neck (which may indicate meningitis).

* Upper abdominal pain, nausea and vomiting (which may indicate pancreatitis).

* Lower abdominal pain in women (may indicate swelling of the ovaries, which is rare).

Although uncomfortable, mumps is usually harmless and symptoms normally subside within ten days. Many children with mumps have no symptoms.

Serologic antibody testing can verify the diagnosis when parotid or other salivary gland enlargement is absent. If comparison between a blood specimen obtained during the acute phase of the illness and another specimen obtained three weeks later shows a fourfold rise in antibody titer, the patient most likely has mumps.

The most common preventative measure against mumps is immunization with a mumps vaccine. The vaccine may be given separately or as part of the MMR immunization vaccine which also protects against measles and rubella. In the US, MMR is now being supplanted by MMRV, which adds protection against Chickenpox. The WHO (World Health Organization) recommends the use of mumps vaccines in all countries with well-functioning childhood vaccination programs.

All children in the United States are routinely immunized against mumps with the combined vaccine called MMR (measles, mumps and rubella). As such, vaccination is very crucial in implementing a preemptive strike against mumps infection.

In the United Kingdom it is routinely given to children at age 15 months. The American Academy of Pediatrics recommends the routine administration of MMR vaccine at ages 12-15 months and at 4-6 years. In some locations, the vaccine is given again between 4 to 6 years of age, or between 11 and 12 years of age if not previously given.

Efficacy of the vaccine depends on the strain of the vaccine, but is usually around 80%. The Jeryl Lynn strain is most commonly used in developed countries, but has been shown to have reduced efficacy in epidemic situations. The Leningrad-Zagreb strain is commonly used in developing countries, but appears to have superior efficacy in epidemic situations.

Click here for more information on how to get rid of mumps.