How to Get Rid of Opossums

Posted on: August 20, 2008 Posted by: Nicole Harding Comments: 3
Tags: How to Get Rid of Opossums 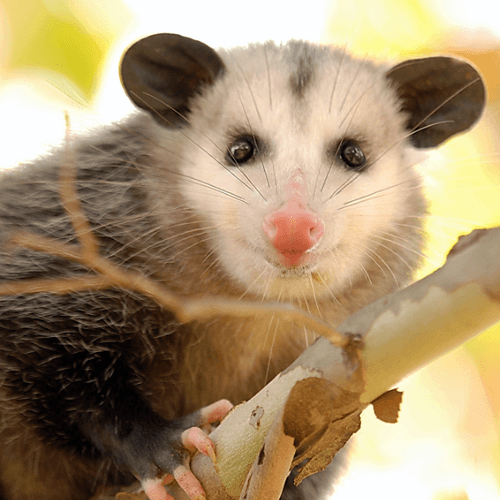 Do you know what the Didelphis virginiana is? It’s a pest you can find throughout North America and Central America. You can also find it in Costa Rica up to Canada’s southernmost area. If you have seen a nocturnal creature as big as a cat in any of the aforementioned areas, then you have spotted a didelphis virginiana. In layman’s term, it’s called virginia opossum, or just opossum.

The opossum came South America, but now, it has already gone to as far as the northern part of the States. Today, it can be seen near towns, by the roadside and in garbage bins.

There are many reasons why an opossum is unique. The opossum is the only marsupial in North America. The female opossum can carry up to 13 babies in its belly pouch. It can nourish all 13 offsprings until it gives birth to all of them. It can hang using its prehensile tail. Sometimes, an opossum is called a “playing possum” because it knows how to act or play dead to get away from being killed. Faking death is one of its defense mechanisms.

If an opossum is fully grown, it can be as heavy as 10 to 14 pounds, and can be as long as two feet. It eats garbage, but it can also eat carrion. An opossum is an omnivorous creature. It can eat pet food, leaves, grass, fruits, berries, rodents, snails and insects. It lives in several types of habitats, and your home is not spared.

The Opossum Is A Pest

There are many reasons why people might want to get rid of an opossum. It goes inside your house, lives in your attic, and creates noise and an unbelievable mess. It harasses your pets by stealing your pet food and garbage, or anything that your own pets may still need. An opossum can live under a shed or a porch, and since it has a short lifespan, it can die in your attic or under your home, with a very disturbing and strong odor.

You need to get rid of an opossum because aside from the fact that it is a parasite, it is also a carrier of rabies. It can even bring other parasites inside your house. It can also give you diseases as it is a carrier of various bacterias and germs.

You can only get rid of an opossum through natural methods since devices and chemical sprays don’t work on it. Some people even get the urine of a fox or a coyote (among many other types of predator urine), but that does not lure an opossum. Ultrasonic sound emitters sound interesting and effective but they do not help in getting rid of an opossum.

An opossum can never be a pet; it’s a pest. If you see one living in your house and you don’t do something about it, expect it to bring bacteria, dirt and diseases inside your house. It’ll mess up your things and infested your food. Expect to live an unhealthy life with an opossum, unless you act now and try the tips above.