How to Get Rid of Palmetto Bugs

Posted on: January 4, 2009 Posted by: Nicole Harding Comments: 8
Tags: How to Get Rid of Palmetto Bugs 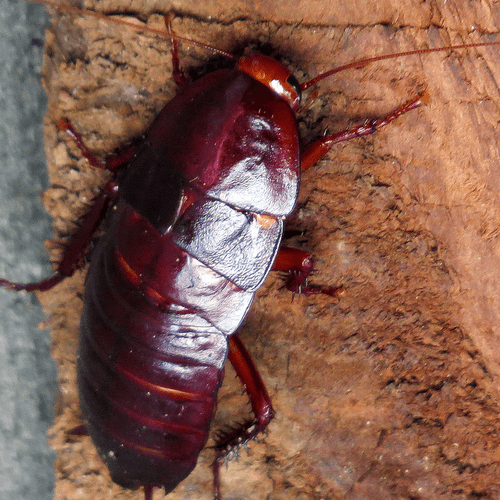 A palmetto bug, or the American cockroach, is scientifically referred to as Periplaneta americana, and is a member of the winged cockroach. You will find a lot of palmetto bugs in the United States and also in the tropics. Today, the palmetto bug can be found almost everywhere because of commerce and shipping between countries. The palmetto bug is also called a “waterbug”, especially in the southern US. (See how to get rid of waterbugs)

You will see a lot of palmetto bugs thriving near human houses in cold places like Montreal, Toronto and New York City, among many others. You can also find a lot of palmetto bugs in the different ports around the world, but you will find most of them in Durban and Cape Town in South Africa. The palmetto bug is believed to have originated in Africa, but by the time its name was established, the bug was already everywhere around the United States.

A palmetto bug is big, although its development is slow. Infestation is not very common inside the house, although it still happens since the bugs get inside the house when it is cold outside. Palmetto bugs love it better when the temperature is warm, and they seek warmth inside your house when it is raining or during the winter. They can enter your house through openings in the foundations of your house, air ducts, around plumbing, under doors and sewer connections.

Palmetto bug population may be controlled through the use of insecticides, removing the food supply, or by physically excluding them from unwanted areas.

Getting Rid of Palmetto Bugs

Controlling the population of palmetto bugs is not difficult, because with the methods described above, you do not even need to hire professionals to deal with the problem for you. You can do this all by yourself. Just be responsible enough and recognize your role as a housekeeper, to make sure that you and the other people in the house live a pest-free life.

8 People reacted on this