How to Get Rid of Perverts

Posted on: January 19, 2009 Posted by: Nicole Harding Comments: 5
Tags: How to Get Rid of Perverts 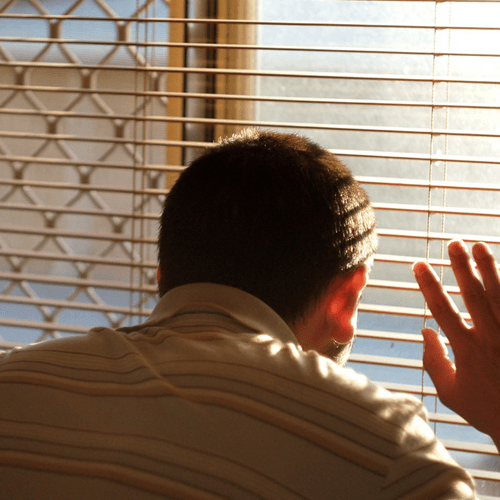 For many people, perverts are the scum of the Earth. To say that women are bothered by perverts is an understatement. The beady eyes, sticky gaze, and unsettling feeling of being mentally undressed by a low-life pervert is one of the worst experiences any person can have. The problem with perverts is that they can actually be worse than what they seem. Here are some ways that you can get rid of perverts.

Perverts may look harmless, or they may even defend themselves by saying they just appreciate beautiful things and beautiful people. Remember that things are not always what they seem — there is a chance that a person who looks at you in a perverted, lecherous, and lascivious way is a serial sex offender. Anyone who fantasizes and mentally undresses you is perfectly capable of doing that in the real world.

Rapists, molesters, and other violent sex offenders often start out as perverts. Never underestimate or shrug off a pervert. Long and lingering stares at inappropriate body parts or places may seem harmless, but the pervert might act on his or her fantasies sooner or later. If you no longer feel comfortable about the way a potential pervert is looking at you, then you have to report him or her to the police.

Some people think that it’s not entirely the fault of a pervert if he or she gawks and stares at you in the wrong way. If you wear short dresses, skin-tight jeans, or other revealing articles of clothing, people may think that you’re actually attracting perverts. The fact is that a pervert will gawk at you no matter what you wear; however it still helps to be conservative with the way you dress:

Know Where They Are

Perverts and other sex offenders lurk everywhere, but there are common places where they lurk around:

Perverts are just about anywhere that it is almost impossible to avoid them. While you can’t do anything about the presence of perverts on your own, it’s best to avoid dangerous areas like dark alleys or side streets.

Be Keen and Aware

What you don’t know can’t hurt you, but this rule does not apply to perverts. Perverts can be stalkers, and may follow you everywhere you go until such time that you’re alone. For many women, the mere mention of the word “rapist” can send chills down the spine. Any pervert is capable of becoming a rapist, and getting attacked or raped is the worst fear of any woman.

Whenever you’re out in public, always keep a keen awareness of your surroundings. Perverts and possible sexual offenders can lurk anywhere, and are capable of attacking and violating you at any moment. Always be on the lookout for anyone who looks at you in a wrong way, or gives you an uncomfortable and disturbing stare.

Some perverts tend to act on their fantasies, and may grope you on the train or drag you to a dark alley. It pays to have either pepper spray, mace, or a stun gun in your purse just in case. Make sure that the can of spray is still active. If you use a stun gun, make sure that it’s stored in a proper carrying case.

Use the Internet Wisely

There are many cases of sexual harassment that take place on the Internet that are not documented, simply because people are afraid or they don’t know what to do. Here are some safe Web browsing tips that can help you avoid being the next victim of online perverts:

Perverted behavior is itself a crime. The reason why perverts get away with their crimes is because few people complain to the police or to the authorities about perverts. The best thing you can do to get rid of a pervert and prevent future cases of sexual harassment is to file a formal and official complaint to the police. They may even suggest that you take the offender to court.

Another good option is to file for a restraining order, especially if you’re being regularly stalked by a pervert. It also helps to have a detective, sheriff, or police officer to track down perverts and other sexual offenders in your neighborhood.

Perverts come in all shapes, sizes, and with sick thoughts that go on in their heads. They may look harmless, but there are very few things that are more harmful than a look that violates your dignity and identity. Do something about perverts, before they do something to you.