How To Get Rid Of Poison Oak 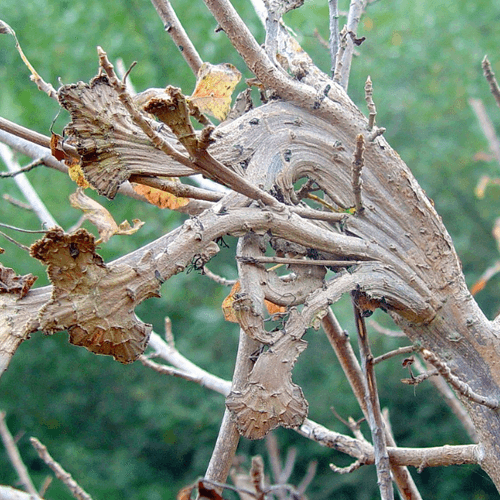 Batman is one of the most famous fictional characters in the world. Created by Bob Kane back in 1939, the comic (and the character) has become a pop icon recognized by people of all ages and ethnicity. With his trademark cowl and bat emblem, Batman strikes fear in the hearts of villains, both super and petty.

Among the villains Batman has in his rogues gallery is a sultry woman dressed in leaves and green called Poison Ivy. Her bloodstream is toxic, making her touch deadly to everyone. She also has the ability to seduce men and women alike and, in some stories, is able to control plants.

While her real-world counterpart doesn’t have the latter abilities, poison ivies are able to irritate people via touch alone, giving them an allergic reaction that manifests as a severe rash and irritation. It’s a property that is also exhibited by one of its family: the poison oak.

Poison oak is a plant of the Toxicodendron genus that includes poison ivy and lacquer tree. All members of this genus produce an oil called urushiol, and it is this oil that gives you the allergic reaction. There are two main types of poison oaks: the first, the Western Poison Oak, is only found on the Pacific coast of both the United States and Canada. The second one, the Atlantic Poison Oak, is found on the Atlantic coast. The hyphenated form of the name “poison-oak”, is generally used by most journals and scholars rather than the normal one because the plant is not a variety of oak.

With regards to growth and leaf appearance, the Western poison oak is extremely variable. In open sunlight, it grows as a thick shrub. In shaded areas, however, it is a climbing vine. The leaves are divided into three leaflets, about 3½ and 10 centimeters long, with scalloped edges, thereby resembling the leaves of an oak (the poison oak leaves tend to be more glossy, though). In the spring, the leaves are bright green, though they appear bronze when they first unfold. In the summer, they are yellow-green to reddish, and in the fall, bright red or pink. Western poison oaks also produce white flowers in the spring that, when fertilized, become greenish-white or tan berries.

The Atlantic poison oak, on the other hand, is a shrub that can grow to about one meter in height. Their leaves are bigger than their Pacific cousin, growing to about 15 centimeters in length, alternate, with three leaflets each. The leaflets vary in shape and size but are usually hairy, often resembling white oak leaves; in the autumn, their color changes to yellow or orange. The fruit berries are small, round, and yellow or greenish in color.

All parts of the poison oak emit a surface oil called urushiol that can cause an allergic reaction to people, although there are about 15% to 30% who will not have an allergic response. Aside from direct contact with the plant, there are also other ways that you can get urushiol. If your dog happens to brush by a poison oak shrub and you pet him, the oil will be transferred to you and you will get an allergic response. Burning poison oak will also get you in danger of being affected, since transmission of the allergen can occur in smoke particles. You can also get it from clothing that have been in contact with poison oak.

If you get affected by the urushiol oil, you will experience a very irritating rash that is very itchy, resembling dermatitis. A reddish inflammation then develops, and then blistering of the skin. If you are particularly sensitive to it, clear fluids may ooze out of the blistered sores. Contrary to popular belief, the fluid does not contain the allergen, so contact with it will not cause new rashes to form.

About two million or so cases of poison oak poisoning are reported in the Unites States each year. In California, poison oak has been declared the most hazardous plant in the state mainly because of the number of working hours lost due to the dermatitis reaction it causes. The toxicity of the plant is the main reason why most people want to get rid of poison oak in their yard.

How to Get Rid of Poison Oak

The most important thing to remember when trying to get rid of poison oak is to not let it touch any part of your body no matter what. That having said, here are some ways to get that pesky plant out of your backyard:

With enough patience and carefulness, you can make your garden or your yard poison oak-free. Pretty soon, you and your family will be rash-free for as long as you keep the poison oaks away.

Click here for more information on how to get rid of poison oak.