How to Get Rid of Psoriasis

Posted on: October 24, 2007 Posted by: Nicole Harding Comments: 30
Tags: How to Get Rid of Psoriasis 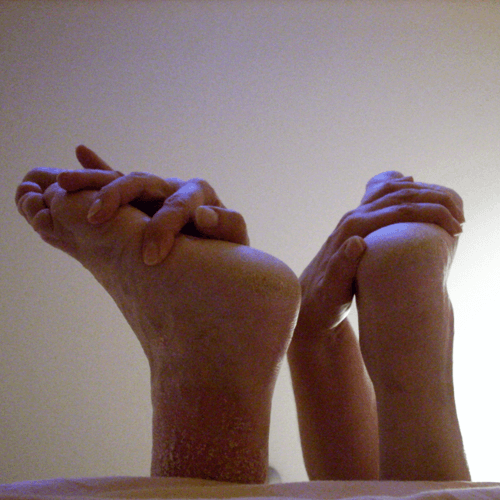 As many as 7.5 million Americans have psoriasis, and they spend between $1.6 billion and $3.2 billion each year to treat the disease of autoimmunity, according to the National Psoriasis Foundation (NPF). Between 150,000 and 260,000 new cases are diagnosed each year, including 20,000 in children younger than 10. Though seldom disabling, the red welts, pustules, and scaling skin that mark the disease can be painful and extremely embarrassing.

A chronic, non-contagious disease, psoriasis [pronounced sore-EYE-ah-sis] varies in its severity and how it responds to treatment. It results from inappropriate responses of the body’s immune system to essentially attack the body itself and can occur on any part of the body that’s covered by skin. The resulting inflammation can be as mild as something resembling dandruff or as radical as a body covered with thick, crusted plaques. Less than 10 percent of sufferers have an extreme form of the disease; it is a mild form in 65 percent of cases. Everything else is in between mild and serious.

Though it usually doesn’t get any worse over time, about 10 percent to 30 percent of people with psoriasis also develop psoriatic arthritis, which causes pain, stiffness and swelling in and around the joints.

Psoriasis is a disease which takes different forms. Among them:

At least half of all people who have psoriasis have it on their scalp. As with psoriasis elsewhere on the body, skin cells grow too quickly and cause red lesions covered with scale. In severe cases of thick, crusted plaques covering the entire scalp, the hair may fall out. The affected area can extend beyond the hairline onto the forehead, the back of the neck and around the ears. Treatments, as with any type of psoriasis, are often combined and rotated because it can become resistant to medications after repeated use. Many treatment options can help control scalp psoriasis and its symptoms:

Although it usually responds well to various treatments, the sensitive nature of the skin around the genitals requires a cautious approach to genital psoriasis:

Areas of the face most often affected are the eyebrows, the skin between the nose and upper lip, the upper forehead, and the hairline. Because other skin diseases resemble the symptoms of psoriasis on the face, a biopsy may be needed to positively identify it.

Rashes may also appear on the eyelids, around the ears, mouth, and on the nose. Treating eyelid inflammation may involve washing the edges of the eyelids and eyelashes with a solution of water and baby shampoo. An over-the-counter product, Ocusoft, can help with removing scales on the lids and eye margins. But a doctor must carefully supervise the treatment because eyelid skin can be easily damaged, and the use of topical steroids there can lead to glaucoma and/or cataracts.

In addition to Dovonex, Tazorac, and ultraviolet light, Protopic may be used in treating facial psoriasis. This and Elidel, both drugs used to treat eczema, have also been found effective in treating psoriasis. Topical steroids may be used, but prolonged use of them may cause enlarged capillaries (spider veins) on the face.

Psoriasis scaling can also block the ear canal and produce temporary hearing loss; it should be removed by a doctor. Psoriasis in and around the mouth or on the lips causes discomfort and may present difficulty in chewing and swallowing food. Improving hygiene and rinsing frequently with a saline solution can help relieve oral discomfort, and there are effective topical steroids that have been designed to treat moist areas.

Psoriasis lesions, usually white or gray, may also appear on the gums, the tongue, inside the cheek, or inside the nose.

Psoriasis of the hands and feet

Because of their frequent use, hands or feet suffering from acute psoriasis need to be treated promptly and carefully. There may be cracking, blisters, pustules, and swelling. A typical course of treatment recommended by a doctor may look like this:

Other approaches may also be recommended:

Typically, people have only one type of psoriasis at a time, but occasionally two or more different types of psoriasis can occur at the same time. Triggers may “convert” some forms of psoriasis, such as plaque, to another form, say, pustular.

Primarily seen in adults, pustular psoriasis is characterized by white pustules (blisters of noninfectious pus) surrounded by red skin. It is not an infection, nor is it contagious. It tends to go in a cycle wherein the skin reddens before pustules form, followed by scaling.

It may be localized or cover most of the body.

Palmo-plantar pustulosis (PPP), for example, causes pustules on the palms of the hands and soles of the feet. Topical treatments are usually prescribed first, but PPP often proves stubborn to treat. PUVA, ultra violet, and cyclosporine may be employed. Soriatane and methotrexate in combination produce a rapid remission in the acute state of pustular psoriasis and an eventual clearing of the skin.

The painful and disabling lesions of acropustulosis, another type, appear on the ends of the fingers and sometimes on the toes. They cause deformity of the nails, and sometimes bone is affected in severe cases. It is hard to treat.

With other forms, such as von Zumbusch pustular psoriasis, the pustules cover broad swaths of skin. Von Zumbusch is serious enough to be life-threatening. Eruptions of pustules often come in repeated waves that last days or weeks. The onset can be abrupt. There is fever, chills, severe itching, dehydration, a rapid pulse rate, exhaustion, anemia, weight loss, and muscle weakness.

Treatment is aimed at preventing further loss of fluid, stabilizing the body’s temperature, and restoring the skin’s chemical balance because chemical imbalances can put excessive stress on the heart and kidneys, especially in older people. Medical care must begin immediately; hospitalization may be necessary to rehydrate the patient and initiate topical and systemic treatments, which typically include antibiotics.

About 10-to-30 percent of people with psoriasis also develop arthritis that causes pain, stiffness, and swelling in and around joints. Without treatment, psoriatic arthritis can potentially be disabling and crippling.

One or more of the following symptoms indicates psoriatic arthritis:

The disease can develop in a joint after an injury and may mimic a cartilage tear. The diagnosis of psoriatic arthritis may sometimes be made only after repeated episodes. Muscle or joint pain can occur without joint inflammation (swelling), and tendonitis and bursitis may be prominent features. Swelling of the fingers and toes lend a “sausage-like” appearance known as dactylitis.

Other Forms of Psoriasis

Although the disease has genetic aspects, some kind of trigger is usually necessary to make psoriasis appear. The trigger can be:

What can I do to make my psoriasis less noticeable?

Are there any alternative treatments for psoriasis?

Yes. Some may work to speed a resolution of a breakout of psoriasis, some may have a soothing effect, and others may have, if anything, a placebo effect.

Claims are made for the effectiveness of acupuncture, herbal remedies, prayer, and meditation in treating psoriasis, but with no scientific data to back these claims, they may be benefiting from placebo effect.

Are There Any New Treatments on the Horizon?

A new drug, Ustekinumab, targets mechanisms that produce inappropriate responses of the body’s immune system. In trials involving more than 1,200 patients with chronic plaque psoriasis, there was at least a 75 percent reduction in psoriasis at week 12. Also after 12 weeks, 42 percent of patients had a 90-percent reduction in symptoms, considered to be an indicator of nearly complete clearance of psoriasis. The drug can be self-injected every three months.

At least until this new drug comes on the market, neither psoriasis nor psoriatic arthritis have a cure. But until there is a “magic bullet,” many different therapies can reduce, or nearly stop, the symptoms of psoriasis. No single treatment works for everyone, but something is likely to work in most cases. You may need to experiment before you find a treatment that works for you.

Click here for more information on how to get rid of psoriasis.

30 People reacted on this