How to Get Rid of Racism

Posted on: November 25, 2008 Posted by: Nicole Harding Comments: 0
Tags: How to Get Rid of Racism 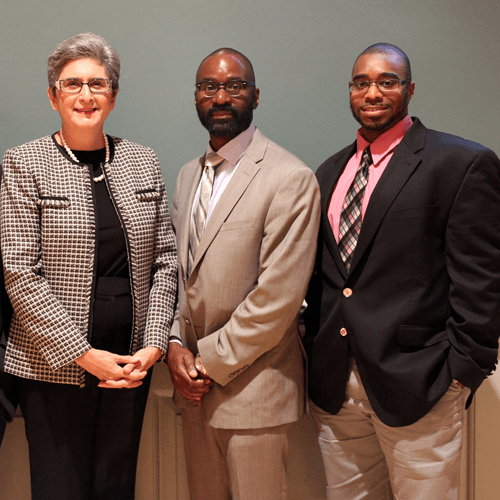 Racism has plagued humanity for as long as we’ve existed. From devastating wars to daily crimes, the idea of “Otherness” has led humans to terrible acts against other races. But it doesn’t need to be this way; we can change for the better.

Racism is not an easy issue to tackle because it is so obvious in many aspects of society. Whether it is black men being targeted and killed by the police regularly, or the daily aggressions towards people of colour we experience, racism is still very real and present in our society.

There’s never been a more important time to get rid of racism in the workplace, at school, and on a personal and interpersonal level. With an increasingly progressive world growing more with its ideas and social norms, it is a good time to tackle the problem head on. Here are a few things we can all take part in to make our society a little bit more understandable and accepting.

Some people, especially people of colour, experience daily hardships that white people may not. Compassion is important in understanding this and acting upon it. We as a people need to open a dialogue of compassion so that we can socially deal with the race problems facing the world.

Compassion means understanding the violent histories of racism, how they continue to work in the world, and understanding how racism works. This might just seem like “knowledge,” but what we do with it requires compassion.

Some examples include avoiding “victim blaming”. For instance, a police officer stops your friend, who is black, while he is walking to school. Instead of saying something like “Well, you shouldn’t have gone through that neighbourhood,” you could open up a discussion about how the police unfairly target people of colour and get away with it. It is a real problem that needs to be addressed, and discussing it is important.

Not everybody shares the same ideas and religious beliefs, and this difference is both the cause of racism and a thing to celebrate. Every culture and background is different and deserves our mutual respect, no matter where they are from or what colour they are.

When we open our minds up to new ideas, beliefs, and values, we can become better, more tolerant people. Everybody has a different experience of the world, and we need to respect that and engage with it.

Some people are afforded certain privileges (and underprivileged-ness) due to the colour of their skin or their cultural background. Examples include job security, harassment by the police, and underrepresentation in media like TV and movies.

We’ve got to understand this idea of “privilege” to really move forward in how we treat each other. We might not realize what kind of ways we are privileged in, but when we do, we can begin to challenge those structures of privilege and work out of them.

The ideal goal is to have race equality for everyone. This is a big step to make, and too great of one to happen immediately. We need to make small steps wherever possible to promoting fairness between all races and continuing to work towards the final goal. Once we have achieved fairness in social, economic, and cultural opportunities, we can move forward to equality.

4. Watch how you say things.

Sometimes, people discriminate without intending to do so. This can come down to our choice of words, actions, and gestures to one another. For example, a lot of people do not know that the word “gypped” has a very racist history towards people of Roma gypsy heritage. Roma gypsy people face oppression, poverty, and violence all across Europe, and have for centuries.

Another example is the word “Indian.” Though in the United States, Indian is a widely accepted term even by Aboriginal people, in Canada it is considered offensive – a painful reminder of the past brutalities committed against First Nations, Métis, and Inuit people.

When confronting how people say things, it requires a deal of patience to calmly and effectively tell them why what they say may be hurtful to you or someone else. This is sometimes more effective than screaming and yelling, because the person will learn better if you are patient.

If people don’t know they are continuing racism, they need to learn for them to work on it. If people are outright racist, they also need to learn why this is wrong and why it needs to be stopped. Either way, to really get rid of racism, we need to each and learn about how and why it is hurtful.

However, to effectively teach about racism, we also need to be patient and fair, though that person may not deserve your patience. Nobody is born racist – it is a learned thing, picked up from the family or society one comes from.

Example: culturally, a person from the northern United States or Canada will probably (but not always, of course) be more tolerant of other backgrounds and races than someone from the Southern United States will. This is, again, a product of that person’s environment. This is not to excuse racist words and actions, of course, but it must be considered as to why that person is that way.

A big change needs to be started by a small one. Like Bob Marley once sang, “You are the big tree, we are the small axe, ready to cut you down.” In this case, the big tree is racism, both institutional and day-to-day. By taking these steps, and many others like it, we can progress towards truly positive and effective change.

It isn’t something that can be done overnight – it takes time and the collective energy of millions to really do something about it. However, if we are educational, fair, compassionate, and careful how our words and actions affect others, we can reach the end goal of getting rid of racism in, eventually, every facet of life.