How To Get Rid Of Resentment

Posted on: November 27, 2008 Posted by: Nicole Harding Comments: 1
Tags: How To Get Rid Of Resentment 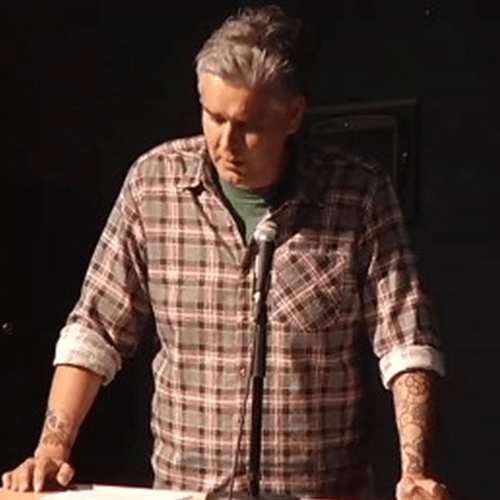 Just let it go. This is often the first piece of advice someone will give you if you describe to them a situation that is making you angry. But what does letting go really mean? Resentment isn’t simply being angry or frustrated. It is actually very difficult to just let something go. In fact, just letting it go is often faked and only a temporary fix to the problem. As such, sometimes trying to just let something that is making you resentful go will often simply let it brew below the surface and get even worse for the future.

So then, what should you do about it? There is actually a series of simple steps that you can follow in order to truly get rid of resentment and move on with your life.

1. What is Resentment Anyways?

If resentment isn’t the simple feeling of frustration or anger, what is it? Understanding what resentment really is will be your first step to getting rid of it.

At its core, resentment is the build-up of anger or frustration over time, rather than a recent situation being the source of your anger. To illustrate this point, let’s use the example of being frustrated with a significant other.

Perhaps your partner has not texted you first today, or they haven’t texted you in a few days, or perhaps they just took a few hours to respond to your message. When this happens, a feeling of anger starts to bubble in your stomach. But with resentment, it isn’t really the specific instance that is causing it. This recent event is simply the trigger to a process of events that started a while back. A significant other not texting you, or taking long to respond, can be a signal that you feel they aren’t trying hard enough in your relationship and aren’t treating you properly.

Of course, when trying to get rid of resentment, or any other negative feeling, it is very important to understand what you shouldn’t do. This is of particular importance with something like resentment, as these angry feelings can tempt you to act rashly and without thinking. This can cause more harm than good.

What makes resentment worse is that the first person to get hurt if you are holding onto resentment is you.

So what should you avoid doing? When getting rid of resentment you should never try to ignore and forget the issue at hand by pretending that you are not feeling angry at the situation or person. You should also not try and force yourself to get over it. These things will only make the situation worse for you, whether it happens immediately or in the near future.

Now that you know what resentment is, and what you shouldn’t do, it’s time to take the first active step towards ridding yourself of this feeling.

Think to yourself about why you are feeling angry towards this person or situation. Identify the triggering event, and then start to trace your way backwards until you know that you have found the source of your problem. With that source in mind, understand that it is okay to be angry about it.

You deserve to feel frustrated. But then you need to acknowledge that while this is real to you, it isn’t beneficial. You should also understand that getting rid of this resentment is going to be a long process and cannot be rushed.

Create a list of everything that is causing you resentment, whether it is a person, a place, or a thing. Write down why a person is making you resentful (remember the example about the significant other), and then write down how this is affecting your life.

Sometimes the reason for your resentment won’t make sense, and while this is okay, it can make you feel worse about the situation.

For each item that you have written down, you need to write out your part in the situation. For every situation, you will have had some part to play that contributed to your current resentment. Perhaps with your significant other you never made it a point to tell them that you wished they would text you first sometimes.

5. Reflect on Your Actions.

This step is relatively simple. Read over everything that you wrote on your list, taking in every detail. This allows you to truly understand the cycle of resentment that you have found yourself in, beyond accepting it in the previous steps.

Although this step can be considered optional, it is often a good idea to talk about why you are resentful with the person who is directly involved.

Explain your feelings, while acknowledging that they may not have been aware about what they did. It is also crucial to make sure that you remain calm while talking to this person, even though you will be tempted to show extreme anger.

Here, you should try and focus on other aspects of your life that make you happy. You may want to write down all of the positive things in your life and boil it down to a sentence: “I am a good person, and I deserve to be loved.” Now, this example doesn’t have to be your sentence, it does depend on your specific situation, but it is a good building block.

When your feelings of resentment begin to resurface, simply repeat the mantra that you have created. This mantra will allow you to filter in happiness to this part of your life. Eventually, those moments of resentment should start becoming less frequent until they disappear entirely.

Spreading forgiveness includes you as well as who or what has hurt you. Love and forgiveness can often be considered opposites to feelings of anger and resentment. This makes them the most effective way to help yourself get rid of and reverse these feelings.

However, trying to love someone who has caused you pain, even unintentionally, is often one of the hardest things to do. It will also feel very awkward for the first little while, but stick with it. Like the mantra, you should eventually only feel love (or at least, nothing negative) towards the person or situation that caused you pain.

The only way to create positivity in your life after experiencing resentment (and frankly, to be positive in general) is to know that you are the most important person to you. You deserve to feel love towards yourself. You deserve forgiveness for letting the situation slide. Everyone makes mistakes, and learning from them is what matters.