How To Get Rid of Roundworms 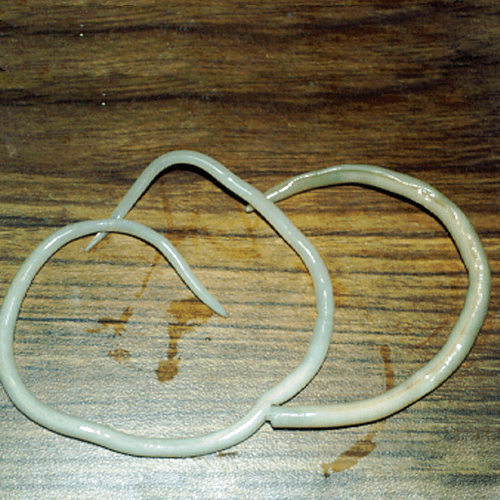 If you are aware of the facts about roundworm, it’s less likely that you and your pet will suffer from the infestation, even if you live in a developing country.

You can likely imagine why pets are often the victims of roundworm. It’s because they don’t realize that licking the floor or rummaging through garbage may yield some pathogens. Of course, unlike humans, you could never teach your pet about cleanliness. You just have to watch out for them and take good care of them, since it’s for their own good.

The Life of the Roundworm

The unfortunate thing is that roundworm larva that just hatched from the eggs is immune to any de-worming medicines. Instead, the larva migrates through your pet’s intestinal walls until it reaches your pet’s lungs. When the larva reaches the lungs, this is when it’s coughed out and swallowed again or, in some cases, swallowed by other animals.

Experts often observe that when the larva reaches the intestines for the second time, the larva usually starts to mature into an adult roundworm.

Roundworms found in humans can grow up to 13 inches long. Meanwhile in pets, roundworms usually grow to about 4 inches.

Since roundworms can be passed from one animal to another, there’s a great chance that everyone who has a pet will eventually deal with roundworm infestations. Your best armor in safeguarding your pets from this kind of infestation is knowing what to do and what to watch out for.

There are actually four different kinds of worms that can live in your pet’s intestines. Roundworms are the most common. According to experts, many newborn puppies and kittens already have roundworms. The following are signs and symptoms that your pet may be infested:

Once you are able to determine that your pet is infested, you must quickly take measures to treat it. If you delay treatment, this can cause the death of a baby animal. This may also be bad for you, especially if you have very close contact with your pet. If possible, bring your pet to a vet at once. It’s best if you took the time to inspect your pet’s feces so that you can save money on a fecal test.

The vet will recommend the best wormer for your pet. You can proceed to a pet supplies store, because they sell the most-affordable wormers. When using these medicines, read and follow instructions carefully to prevent negative side effects and pet drowsiness.

Here are some other ways to get rid of roundworms. Whether you’re a pet owner or not, the following information will be very helpful to you.

With the facts stated above, you may notice that roundworms are well-evolved creatures. They are so sneaky that they manage to penetrate the mammary glands and placenta of pregnant pets. This makes it inescapable for many newborn pets to be infested with roundworm at a very early age. Many vets advise that pets be de-wormed later in their pregnancies to prevent them from passing roundworm to their puppies.

Get Rid of Rats

The transfer of parasites from intermediate hosts is one of the causes of infestation among pests. This means that a cat that eats a mouse may get roundworm if the mouse is infested with it. The fact is, it’s a common scenario for mice or rats to have roundworm because they tend to rummage around in the dirtiest of places. When the infection becomes severe, the mice or rat tends to slow down, making it an easy catch for any cat that takes interest. The same thing applies with dogs that are fond of killing other rodents.

Don’t walk your pets or even allow them to reach public places where other animals defecate. Believe it or not, the second most-common way a dog gets infested with roundworm is eating the stool of an infected animal or individual. This could either be accidental (caused by smelling) or intentional (a very hungry and stupid dog!). This makes pet parks or boarding your pets more dangerous than you may have originally thought. You may argue that most areas where there are droppings are cleaned. However, roundworm eggs are known to be so resilient that they can survive for many years in the dirt.

That scientific name is the most common variety of roundworm infection around the world. It is often caught and is rampant in places where human feces are not properly disposed. For pet owners who are living in developing countries or just about any area where proper sanitation is not observed, always wash your hands. Wear sandals to avoid direct contact with the soil. Avoid drinking untreated water. You don’t have to avoid making contact with strangers, but a conscious effort is your best defense against infestation, especially if your work exposes you to these places. Make sure that your children also wash their hands, especially before eating and after handling pets. Never TORRIDLY kiss your pets, like many people do in the movies! If you do this, you’re openly inviting roundworms to enter your system.

There are many kinds of medication for treating roundworms in pets. The best advice is always to follow the medication prescribed by the veterinarian. When you’re treating your pets, be vigilant to quickly clear any stool from the yard during the course of the treatment. It’s best if you also temporarily leash your pets while they undergo treatment.

Below are some of the common roundworm treatments.

This is a de-worming agent that’s considered the easiest form of treatment for stopping roundworm infections. The same treatment is also practiced among humans (of course with different doses), cats, dogs and many other pets. For domesticated animals, three or four doses are generally required to quickly allow the roundworm larva to mature so that the medicines can kill the parasites. This is the safest medicine to use for nursing animals. Some of the most common brands that have pyrantel pamoate are Nemex, D-worm, Worm-X, Pamix and Safe-Guard.

This is a common choice for treating intestinal parasites. It is readily sold in every herbal wormer on the market. When you buy one of these, you’ll also get supplementary herbs to increase the wormwood’s effectiveness. There are instances when you can get rid of roundworms by just using wormwood extract. You just have to make sure that the course of treatment extends for more than a month.

This is a substance that the roundworms like to swallow. Diatomaceous is actually a fossilized algae that has razor-sharp edges. When swallowed, the substance’s sharp edges tear the worm apart as it passes through the worm’s body. This cuts the worm from inside out, causing it to dehydrate to death.

This is a homeopathic wormer that can be added to your pet’s food to help increase the immunity towards intestinal parasites.

As a dog grows older, it develops a natural resistance to roundworms. This means that if you own adult dogs, there is really no need to invest in roundworm medication. Many of the treatments above are done only on puppies and kittens.