How to Get Rid of Snakes 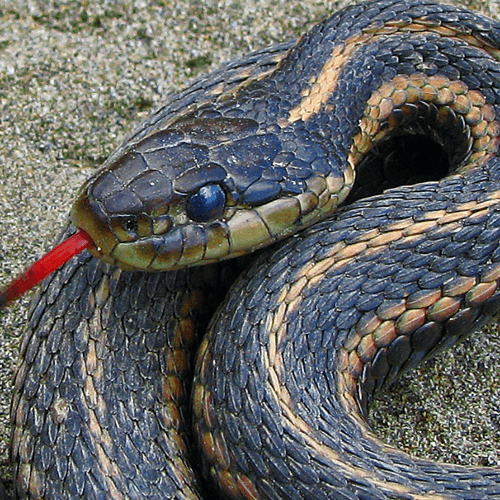 When I arrived for a tour of duty in Vietnam, I was told that there were 100 different species of snakes in Southeast Asia; however, only 97 of them were venomous. The other 3 species just swallowed you whole. This story pretty much sums up the average man’s feelings about snakes. Although a large majority of these reptiles are not harmful and many are actually beneficial, people have a fear and aversion to them. Many benign species such as gopher snakes and garter snakes serve a useful purpose in reducing unwanted rodent populations.

There are several different varieties of venomous snakes in the United States such as the copperhead and the rattlesnake. Some snakes live in or near water and others live on land. They are all carnivores that stalk and kill their prey. Unless you’re absolutely sure that the species you’re dealing with isn’t venomous, it’s a good idea to just avoid them. Even a venomous baby snake can inflict a painful and dangerous bite.

The simple answer is that you or someone properly equipped and trained is going to have to catch them and take them away. There are all kinds of different ideas on how to discourage them or drive them away, but the evidence shows most of these to be worthless. Commercial snake repellents do not work. Some people have suggested predator urine from an animal like a coyote or a fox. Ultrasonic sound emitters. Mothballs in your yard. Ammonia soaked rags. The list goes on and on, but none of these have been proven successful in driving away snakes – but if you feel you’ve discovered a miracle deterrent that doesn’t involve a mongoose, please share it with the rest of our readers using the form at the bottom of this page.

Again, the only way to get rid of snakes is to catch them and physically remove them from your property and the only way to keep them away is to eliminate a snake-friendly environment.

To discourage them from taking up residence on your property, start by eliminating their desired environments. Make sure your lawn is mowed and not overgrown with high weeds. Cut back overgrowth. Keep log piles and compost heaps a safe distance from your house. Use wire mesh fences at ground level around crawl spaces or your garden to keep snakes out of those places. Reducing the rodent population which is their main food supply will also send them elsewhere to eat. If you still find one slithering across your lawn, call the local Animal Control people to come remove it from your property.

28 People reacted on this