How to Get Rid of Spider Bites 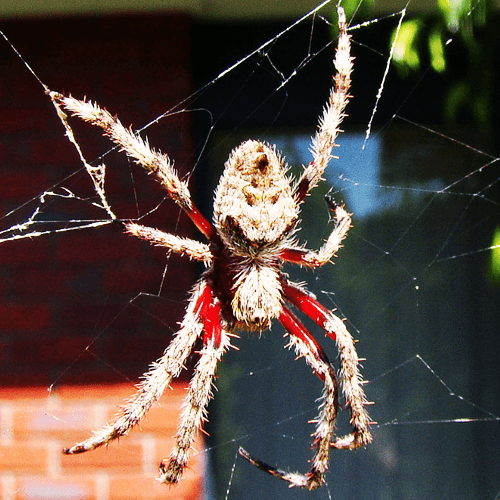 In this world we live in, we are not the only creatures. We share this planet with other animals, insects and a multitude of other creatures – including spiders.

Spiders are one of the most feared creatures not only because of their creepy appearance but their potentially lethal venomous bite. Though not all spiders are venomous, there are quite a number that have this trait. The effects of spider bites vary, depending on the species and the amount of venom that has been injected into you. Some symptoms may simply be swelling and itching for a few minutes to several days, or may be as bad as muscular pain, difficulty breathing, or diarrhea.

In most cases, spider bites are not serious and can be easily treated with home remedies or by over-the-counter drugs like pain killers and anti-inflammatory medicine. However, there are a few spider bites that really need to be treated immediately and be administered with anti-venom to counteract the deadly poison. Spiders like the black widow, brown recluse, hobo, and wolf spider are some of the ones that give nasty, painful, and deadly bites. (Know how eliminate black widow, learn how to get rid of black widow spiders)

A spider is not an insect; it is an arachnid. If you look closely at one, you will notice that it only has two body segments, the prosoma and the abdomen, while insects like ants and bees have three. They also have eight legs, while insects only have six. Spiders may have from two to eight eyes, depending on the species. They spin silk to form webs that they use for various purposes such as for their homes and as a means of catching their prey.

Spiders are natural predators, meaning they hunt for their food – insects like ants, bees, and flies. With that, these arachnids are naturally aggressive. Spiders bite either to defend themselves or to catch their prey. A bite is not enough, so they inject venom, a toxic mix of poisons that either paralyze or kill their prey or enemy. Most spiders use their venom to liquefy internal tissues so that they can easily consume the creature with their proboscis-like feeding tube.

Deadly spider bites are quite rare in adults, but they do happen, especially when left untreated. However, children, the elderly, and those who are sick are more prone to allergic reactions that may be life threatening.

Depending on the spider that bit you, effects or symptoms vary. Doctors suggest that when a spider does bite you, you should try your best to capture the spider, especially when you are not familiar with the type that bit you.

Just in case you get adverse reactions to the bite, like swelling that persists for several days, when you visit the doctor, you can provide them with the spider that bit you. If there aren’t any serious reactions, then you can discard the spider.

The bite may take a few minutes to cause pain, swelling, or discomfort. You should never wash the wound with warm water or apply a warm compress on the area because it will only help the spider venom spread faster. Better yet, apply a cold compress on the affected area.

If you are outdoors and you have no way of capturing the spider, make sure you remember the spider’s appearance in full detail. If you know that the spider is venomous or you are starting to feel sick because of the bite, immediately seek medical attention and describe the spider responsible for the bite so that the right anti-venom or medicine will be given.

When a spider bite is left untreated, especially from a venomous one, it may result in death or serious and permanent damage to the body. A black widow spider’s venom is a neurotoxin that attacks the nerves. The victim will have difficulty breathing until all organs fail. Other venom may cause severe damage to body tissues, causing it to decay or rot in very rare cases.

For spider bites that are non-venomous, pain killers and anti-inflammatory drugs are given. Sometimes doctors may prescribe antibiotics to ward off possible infections from the bite and also for those who are allergic or sensitive to bites.

Ridding Your Home of Spiders

You do not want another bite from a spider, even if it is non-venomous. Insecticides effectively kill these spiders, but you will have to do more to prevent other spiders from replacing them.

After killing the spiders in your home, the next step is to rid your home of their food sources. Insects are a spider’s favorite. Your food, too, is also eaten by spiders, so make sure you clean up food leftovers and keep your food securely sealed. (For the complete guide on cleaning leftovers, learn how to get rid of leftover foods)

There might be other spiders hiding in some unvisited areas in your home like the attic, basement, and the garage. Hard to reach areas like ceilings and shelves are also favorite spots of spiders. Telltale signs that a there spiders are their webs, so it is not that difficult to find them. Checking low underneath closets, tables, and furniture is also a must.

You should not only be concerned with the inside of your home. Cleaning up the areas around your home will also reduce the number of hiding spots for spiders. Old furniture and debris are common areas where spiders live. Tubes and undisturbed corners in your garden are also arachnid hot spots, so check them, too.

Remember to regularly clean the inside and outside of your home to make sure pests like spiders don’t find their way in. Ideally, a monthly general cleaning will reduce the worries of getting bitten by these creatures. Learn how to keep your house clean