How to Get Rid of Springtails 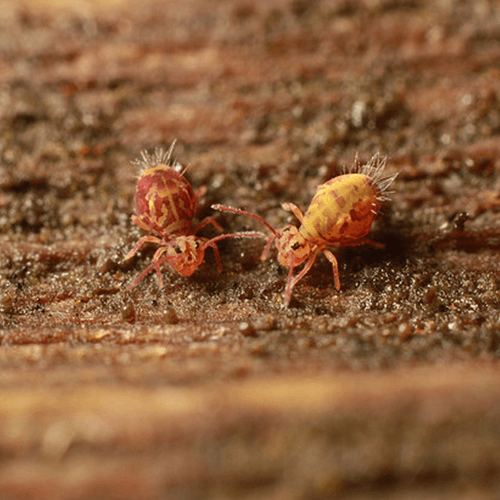 Springtails are pests that come in huge numbers, which is why they are feared by many people. These creatures don’t really do any harm, but can be quite bothersome when they appear in thousands. They are also known to withstand extremely cold temperatures, so can infest your home even in winter. You can’t let these creepy crawlies take over your abode. Learning how to get rid of springtails is a must.

Springtails at a Glance

Springtails are found in damp and dusty areas, particularly the kitchen, behind the walls, bathrooms and other areas where moisture is prevalent. They feed on decaying matter, fungi and molds, all of which often found in the given areas. Since they don’t breed inside homes, they are all bound to perish, but with their great number, you need more immediate solutions. Good thing many of them are available in your home and on the market.

Springtails don’t usually appear in dry and clean places, which you clearly have to maintain. Although, there are times, especially during summer, when the conditions are humid, so moisture becomes prevalent. An infestation becomes is quite possible, given the humidity. You must have ready solutions in this case. Here are some of them:

Each remedy works well against springtails, but if you are faced with a seemingly insurmountable number of them, better arm yourself insecticides.

Just like any bug, a springtail is killed in an instant upon applying insecticide. These chemical-based solutions, sprays, or granules are poisonous to insects. With just a few applications, you can massacre many of the springtails lurking around your house. Some insecticide types work better than others, depending on where they are applied, so having more than one type is advisable, especially when up against a colony.

Insecticides deliver results, as set by their potent formulations. They are pretty effective , but can sometimes come with stiff prices. Just apply in conjunction with the household remedies to maximize the insecticide you’re using. If you’re interested in reading this article, might as well read how to get rid of gnats.